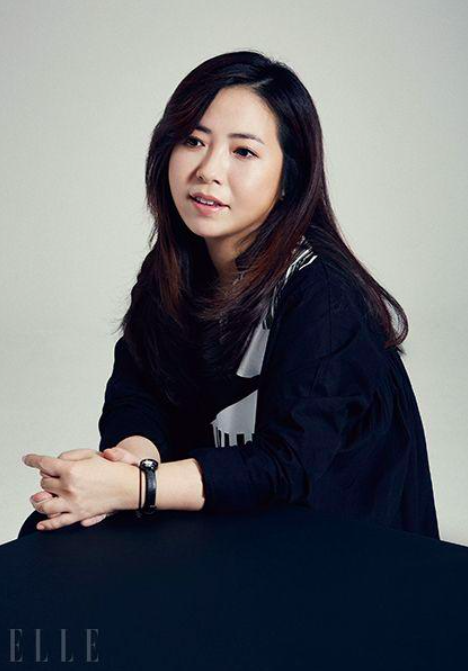 Choi Ran is a notable Korean screenwriter who began her career as a broadcasting writer at KBS, where she wrote for various TV programs for 15 years.

We would like to express our appreciation to Ms. Choi Ran for this insightful interview and we anticipate to see what she has in store for her drama fans in the future.

Nice to meet you. I am Choi Ran, and I write dramas. I am happy to be able to meet the subscribers in written form like this.

Tell us briefly on how and when you started writing and was this something you wanted to pursue when you were younger?

I began working as a writer after I graduated from university. I didn’t start off as a drama screenwriter but as a scriptwriter. And it wasn’t my dream when I was young, since I didn’t know there was a profession like a writer for broadcasts. But I would win prizes from essay contests since I was younger, so I think I did have some talent when it comes to writing. ^^

I thought about wanting to be a writer when I began work doing activities as a producer at my college broadcasting station during my college years. I would write the scripts and produce the program myself back then, and I think it occurred to me that this work could be something I could enjoy.

Back then, I was thinking of becoming a writer for educational documentaries and whatnot, and not a drama screenwriter. Then after seeing a notice hiring monitor staff at MBC, I applied thinking I’d do it at least for a part-time monitor job, and was offered a place as a writer to my surprise. So, I began working as the youngest writer of PD Notebook. That’s how I got my feet into the world of writers. I worked as a scriptwriter, then I later wished to be a writer who creates her own work, so I worked on a rough draft of a drama, and I got officially into writing dramas after winning a prize at a contest.

If you had to select one of your works that you are attached to the most or that you remember writing the most, what would it be and why?

Every one of my works is like children to me that I bore, so I can’t select one particular work that I’m attached to. Whether it is critically acclaimed or not, they are all equally precious to me. But there is one production that was released to the world after the script was largely distorted, and such work leaves a bigger mark in my heart since I feel so sorry and vexed by it.

How do you like to gain inspiration or ideas before you write?

I laze about and hang out, then things would suddenly come up. ^^

Then a scene or a situation would abruptly form in mind, and thoughts of using that come up. And if it’s something interesting, I would start using my head from then on. Then a little content or a piece of idea can lead to a story.

We had a review of the drama Black on our magazine website, and there seems to be many who are perplexed about the drama’s ending. We are curious to know what your intent was and what you wanted the viewers to take from its ending.

Black remains a hurtful production for me. The drama Black that I had prepared for was generally a melodrama, then it suddenly got to air on OCN, so the whole script from the prologue had to be edited. The original prologue was supposed to start with an animated musical that had kind of like Tim Burton’s The Nightmare Before Christmas vibe.

Then the entire mood and color got changed so much, then I had a hard time when I was told to reduce the 20 episodes to 16 episodes.

In the end, it was reduced to 18 episodes with much difficulty, but the director never filmed the large sequences and just deleted certain scenes without ever discussing it with me, then the entire content started to crumble.

I was at home watching the last episode, and I fell into a tremendous shock. I had only realized then that the last episode aired something that was completely different to the script that I turned in. The shock and the pain that I felt then still makes my heart ache.

I think for the first time ever, I regretted being a writer as a profession.

I still feel upset whenever I think of Black, and I have never been able to watch the drama again due to being so hurt inside.

For any writer, the drama’s ending is an especially important part, but to have the entire script edited without any discussion with the writer and ruining a production, is something unforgivable.

Through the drama Black, I wanted to fundamentally contemplate ‘death’ and talk about the essence of ‘love’. That was all expressed well in the script.

Please share with us your philosophy or mindset as a drama screenwriter.

I am cautious not to waste screen time. And not to write something that people don’t enjoy watching. I want to write a drama that will make the viewer so entertained that they wouldn’t know the time was passing by. Something that will not even make them leave to go to the restroom.

After they’ve completed watching, I hope it lingers in their heart and they’d realize what the writer was trying to convey to them.

What is your opinion about more and more K-dramas being recognized globally these days, and what do you think is the secret of a successful drama?

Well… First, Korean dramas are entertaining. I sometimes watch dramas from overseas on Netflix and others via OTT, but they don’t seem to be that entertaining to watch.

Unlike in the past, I think Korean dramas tend to continue trying out new subject matters and experimental contents.

Mouse was selected by Series Mania in the International category, so I was in Lille, and I could sense the popularity of the drama through the conversations I had with the audience and from having interviews with the press. 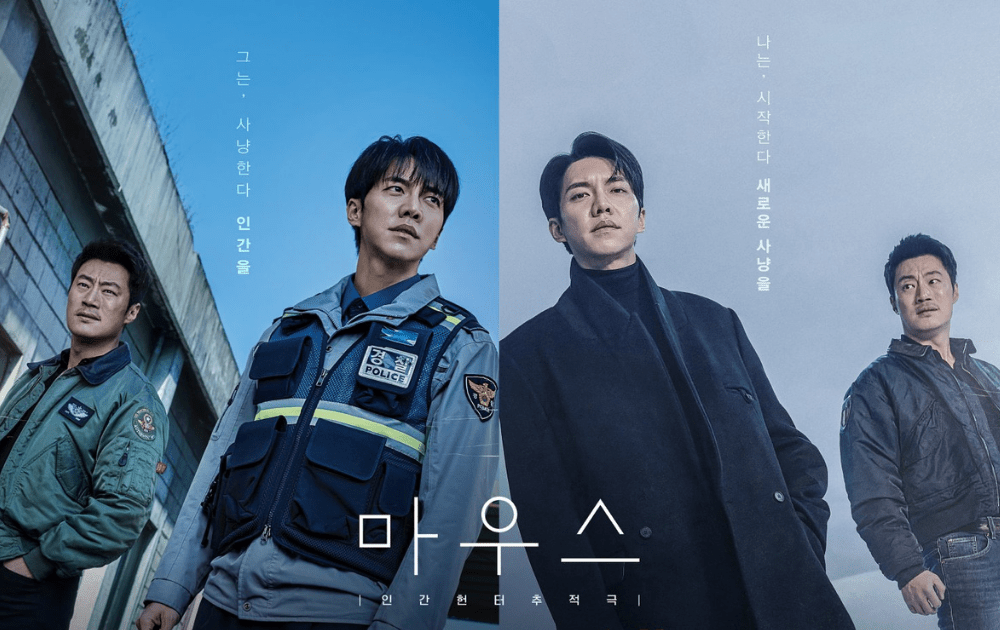 When I inquired why they liked Mouse to that extent, I was told that the people in France were very interested in psychopath gene, and they expressed that they wanted to debate about the topic on whether they’d have a baby that would be born with a psychopath gene or not.

The emergence of a lot of new subject matters and topics found in the current Korean dramas which the whole world can relate to, may be the reason for the popularity. And one of the assets that Korean writers have is that they are very good at expressing human emotions.

I don’t think the productions from overseas are very detailed at expressing emotions in that way.

If I might cautiously suggest, the main reason why Korean dramas are being highly acknowledged these days is because the fresh experimental stories blend with the universal emotions well.

Is there a reason why you prefer open endings?

People do often say that I prefer to have open endings, but that’s really a misunderstanding. I usually shut the endings tight.

In God’s Gift : 14 Days, Dong-chan dies, and Black dies in Black, and Ha-ram who remembers black dies and goes into heaven alone.

And in Mouse, Bareum repents of his sins and dies from the side effects of a brain transplant.

I don’t really understand why they refer to these as having open endings. I think people tend to misunderstand because of the other versions that I add on the scripts as a bonus or supplementary story.

What do you like to do when you’re not working on something? Let us know about any of your hobbies, interests, and ways of relieving stress.

My nickname is the sofa ghost. I am usually lying on the sofa when I’m not working. ^^ I enjoy hanging out by myself in the house.

But these days, I am a bit bored of having fun alone, so I try to reach others but they’re all busy to be hanging out with me. I think I am the only one doing nothing these days. I have to find work fast… ㅠㅠ

As I get older, I feel that my physical strength isn’t like before so since realizing that I need to keep up the strength in order to write longer, so after Mouse wrapped up, I’ve been learning to do diverse sports including boxing, tennis, golf, pilates, physical training…

Please recommend any movies, dramas or books that you’ve enjoyed.

I like the movie Love Actually. I watch it every Christmas like an annual event. I feel happiness coming over by just watching it. That doesn’t really suit me, does it?

I enjoyed watching an American drama called The End of the F…ing World. It’s about a boy who believes that he’s a psychopath, and the witty production, music and the main character’s acting are all worth seeing.

I also remember reading a novel titled Puppet Master for 3 days without doing anything else. Although the novel is about a cruel murder case, it leaves you with lingering emotions at the end.

We are curious to know what kind of genre or issue you would be writing for your next work.

People tend to call me a writer with a set genre, but I do not want to be bound by a particular genre. My dream is to write about the things that no one has thought about and stories that don’t exist in the world.

Please say a word of advice to the people who are wishing to become writers.

A good story doesn’t come up just because you’re sitting down and putting all your might into it. Don’t try so hard to write, but just enjoy imagining. An exciting imagination will eventually create a new story.
Having an ingenious content is what’s hot these days.

Think of something creative and provocative that no one else has thought of. And write it with enthusiasm!!! Without verifying things yourself and have self-pride!


One comment on “KCRUSH Interview with Screenwriter, Choi Ran”