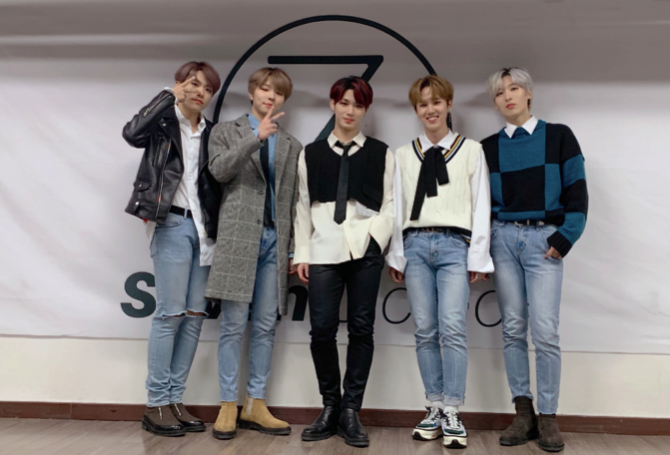 Seven O’Clock (Hangul: 세븐어클락) is a K-pop boy group formed by Staro Entertainment and KDH Entertainment in 2017. The group made their debut in March of the same year with their first single, Echo (시계바늘) from their first album, Butterfly Effect. (The band also goes by the name, SOC as their abbreviation.)

In September 2018, it was officially announced that former member, Vaan departed from the group and that the remaining Seven O’Clock members will be managed by a new management company, Forest Network.

Forest Network was founded in 2018 by Oh Joon-sung, who was the director and composer of various K-drama’s original soundtracks including, “Boys Over Flowers,” “Hwarang,” “Master’s Sun,” and etc.

On October 8, 2018, Seven O’Clock members had a showcase with their second mini album, #7.

We wish to thank the Seven O’Clock members for taking their time out for a great interview and hope that our readers will enjoy getting to know more about the group.

*Hello, would you introduce yourselves to our readers please?

Hangyeom: Hello, everyone. This is Han-gyeom, the sexy one of Seven O’Clock.

Hyun: Hi, I’m HYUN, the attractive one of Seven O’Clock.

2Soul: Hello, I am 2Soul, the happy virus of Seven O’Clock.

Jeonggyu: How are you all? This is Jeonggyu, the energetic one of Seven O’Clock.

Taeyoung: Hello, I am the Maknae (the youngest) vocalist, Taeyoung.

*Tell us how you became the members of the group. And was it your childhood dream to be in the show biz?

Hangyeom: I actually wanted to be a badminton player when I was younger. By chance, I got to watch Lee Gi-kwang sunbaenim dance and I began thinking to myself that I wanted to learn and become a singer as well. That’s how I stared going to auditions and because I wanted to make my debut as soon as possible, I chose to sign with this company and joined Seven O’Clock.

Hyun: My dream was to become a computer programmer when I was growing up; I was very interested in handling devices and programs. But I loved to sing as a kid as well and that is how I got to take an audition which made me Seven O’Clock’s last member.

2Soul: I had many dreams and aspirations while growing up. I’ve wanted to become a singer, a figure skater, a chef… Then I found out that I was the best at singing, so I started attending an academy. A teacher there recommended that I take an audition which enabled me to become a member of Seven O’Clock.

Taeyoung: While growing up, I wanted to be a police officer like my father. Later on, I also wanted to become a pilot, anatomist and the various. I’ve always enjoyed listening to music while I was at school and it suddenly occurred to me that I wanted to be like Park Hyo-shin sunbaenim while I was listening to one of his songs. I started attending an academy to learn how to sing and that’s how I met 2Soul. He advised to me to take the audition to become a member of 7 O’Clock and the rest is history, I guess.

*Tell us how you came up with your group’s name, 7 O’Clock. And when is your favorite time of the day?

Hangyeom: We initially had many options to choose from, when it came to the name of our group but we ended up with 7 O’Clock (SOC). We could’ve been named “Mazinger” to reference that we’re zealously trained at the region of Mapo but we after numerous meetings we decided on our group’s name, 7 O’Clock. My favorite time of the day is when I go home when all the day’s work is done.

Hyun: The name of our group was formed because people normally start their day from 7 am until 7 pm ~ So we wanted to make you guys happy during those hours. I think I am the happiest when I lie down to spend my own free time after the long day is over.

2Soul: My favorite time of the day is when I sleep because it’s a time when one can truly rest, isn’t it?

Jeonggyu: I enjoy meal times the most because I can talk to the other members about things all sorts of things while we eat, plus I get to relax.

Taeyoung: I’m probably the happiest when I’m lying in bed, just before I fall asleep. 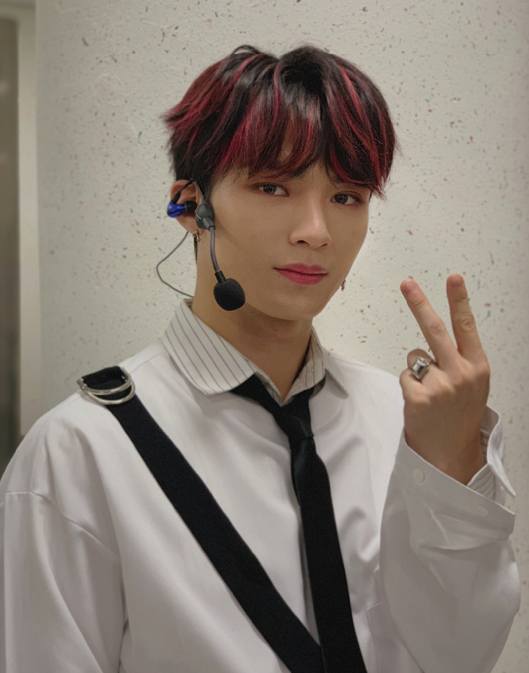 *How did the fandom get its name, Rose? Do you have any favorite flowers or plants?

Hangyeom: Our fandom is called, Rose which basically means the Romance of SOC. My favorite plants are the Boxwood trees because we had lot of those planted in our apartment complex where I used to live growing up, so I feel like going back to my childhood whenever I see those plants.

Hyun: We had other names to choose from when we were naming our fans but we came up with that name because the fans voted for that one. My favorite flowers are Evening Primrose.

The reason behind it is that my birthday is in August and Evening Primrose is my Birth flower.

2Soul: I like Cherry Blossoms because I find them so pretty and they bloom only for a little while before they fall – I think that’s what makes them more precious.

Jeonggyu: The Rose of Sharon because I love its scent.

Taeyoung: Roses for me. Because I get reminded of our fans when I look at the flowers. 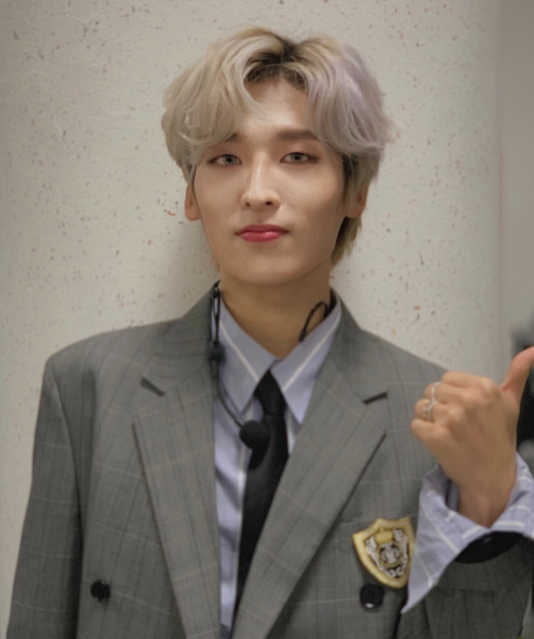 *Which 7 O’CLOCK song, are you the most attached to and why.

Hangyeom: Time machine is a song that I wrote the lyrics to, which was based on my story. I love the song because this kind of takes me back to my childhood.

Hyun: I like Halley from the album. Hangyeom was the one to do the choreography and it turned out really beautiful. When I first came for the audition, I got to hear the demo as the guide and I really loved it back then as well.

2Soul: Echo (시계바늘) is the song for me. I think I feel attached to it the most since it was our debut single.

Jeonggyu: I like the track called, Eyes on You from our Butterfly Effect album. I listen to it often because I enjoy the rap part by Hangyeom.

Taeyoung: I’m very attached to Nothing better since we were given the song after a long hiatus and it has a special sentiment because we performed the song all throughout our recent activities.

Hyun: I recently got very interested in skincare. Due to the humid weather and the fact that we have to apply make-up often when we have our schedules, got me naturally interested.

2Soul: I’m interested in singing for obvious reasons. I consider myself to be a good singer so I am searching and trying to find what kind of songs suit me well.

Jeonggyu: I am always into sports. Especially, baseball. So I’m always looking up things related to the sport. 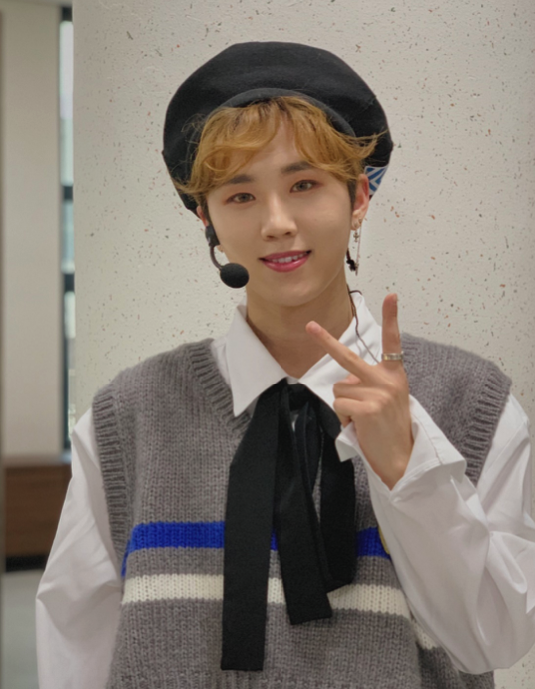 *Who do you respect the most in the music industry?

*Sunbaenim or sunbae literally means “senior” in Korean. In Korean society, when someone is older than yourself at the school, hometown or workplace, you call them “선배” (senior).

“님” (nim) is a suffix to any name or title as a form of respect.

*Introduce us to a song or an artist that you’d like to recommend to our readers.

Hangyeom: X by Chris Brown and Turn off your phone by Jay Park.

Hyun: Euphoria by Jungkook of BTS.

2Soul: Taeyeon’s Fine, and Park Yerin’s Lay me Down.

Jeonggyu: All the songs by Roy Kim.

Hangyeom: I like black and I enjoy wearing Hip-Hop style streetwear.

Hyun: I like black as well and I like to dress in Amekaji style. (*Which translates as ‘American Casual.)

2Soul: I like pastel tones and because I’m quite small in stature, I like loose clothing and attire.

Jeonggyu: Red is the color that I like and I enjoy wearing comfortable training suits and hoodies.

Tae-young: I like pink and any style of clothing, as long as it suits me. 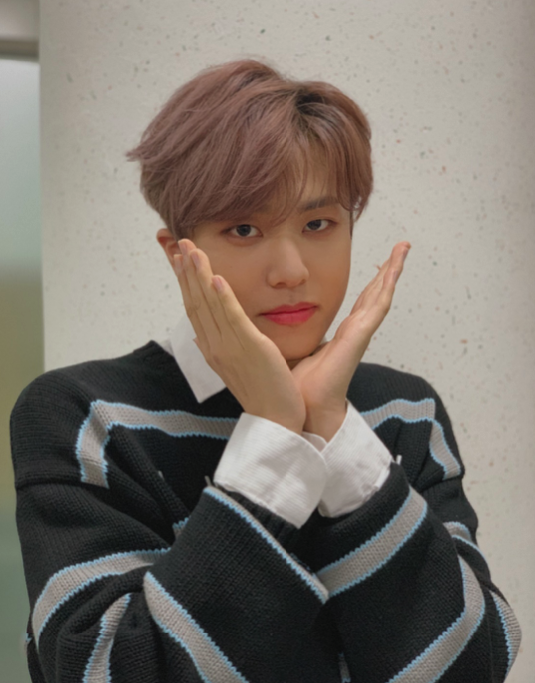 *Name your favorite food and beverage.

Hangyeom: I like burgers and as a beverage, iced coffee.

Hyun: I don’t eat rice very much and the cuisine/dishes that I like are usually made of flour. My favorite drink is Milkis.

2Soul: I like Korean foods and don’t like to drink beverages particularly but I drink a lot of water frequently.

Jeonggyu: I enjoy foods that have red beans as ingredients and I enjoy drinking milk.

Taeyoung: I love meat and like drinking chocolate milk.

Hyun: I read a book called, “Lesson on Self-esteem” (자존감 수업) which I’d like to recommend.

2Soul: I enjoyed The Witch: Part 1. The Subversion a lot.

Taeyoung: I’ve watched On Your Wedding Day recently that I would like to recommend to you.

*Are there any game characters that best describe your personality or traits? 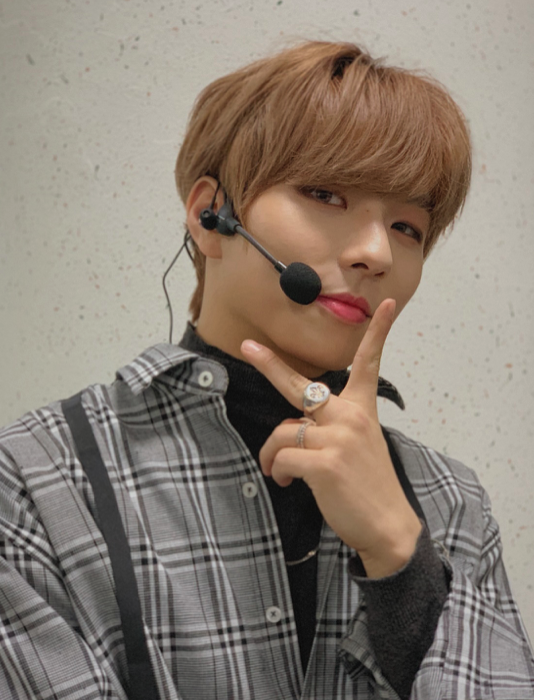 *Do you have any bad habits that you want to get rid of?

Hangyeom: I have a bad habit of impulsive shopping.

Hyun: I have a bad habit of shaking my legs.

2Soul: I want to stop trying to gobble down food so fast during meals.

Taeyoung: I keep touching the back of my head.

*How do you maintain your health and deal with stress?

Hangyeom: These days, I take Noni that my mother sends me. I’m told that it’s effective for the blood pressure.

Hyun: I don’t do much in particular but put in an effect to always eat well.

Jeonggyu: I am trying to manage my health from now onwards.

Taeyoung: I make sure I take dietary supplements.

*Where would you want to perform the most in the world?

Hangyeom: All the big and small venues in Korea and Time Square in the States.

Hyun: Citi Field in the U.S.

2Soul: All the main and large arenas and domes in each country.

Jeonggyu: I want to perform in South America.

Taeyoung: Anywhere in the world where we can find our fans. 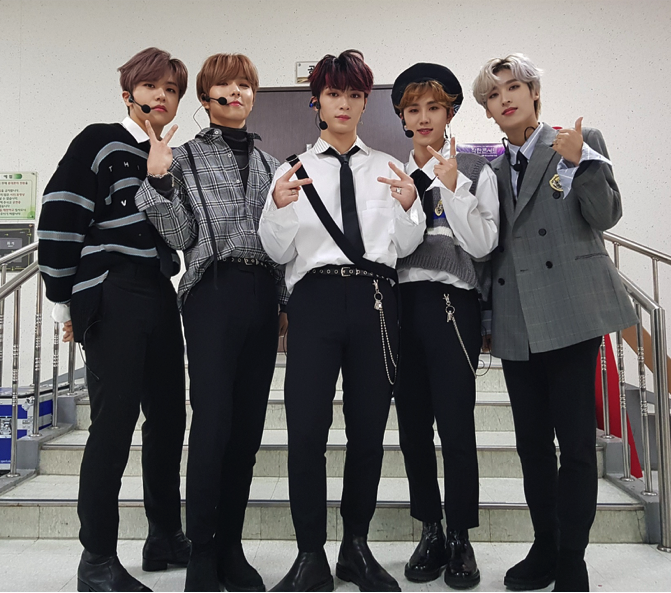 *Please let us know your hopes, dreams and or goals for next year, 2019. And add something nice to your fans too.

Hangyeom: We want to meet more “Roses” in the year of 2019 than we did this year. Roses, we’ve missed you so much lately…

Hyun: We hope that 2019 will become a busier year for us so we can meet more Roses – we love and are always grateful to you all!

2Soul: In 2019, I wish that all our members and the Roses could always be healthy without any of us getting sick.

Jeonggyu: We want to meet all the Roses all around the world and would like to thank you for making a way for us.

Taeyoung: Roses, we should meet up often and next year in 2019… Seven O’Clock’s will work extra hard to become more mature in order to enhance ourselves. Thank you!

Thank you for the great interview, we wish you all the best in your endeavors!