We’re bringing you an interview from HMLT and KEI-LI. For those who may not be aware, HMLT (pronounced “Hamlet”) is an artist, producer and collaborator who has worked with various flourishing musical acts. KEI-LI is a singer, producer, animator and XR Game Designer.

We would like to state a massive thanks for this awesome interview and wish the guys all the best in their careers. 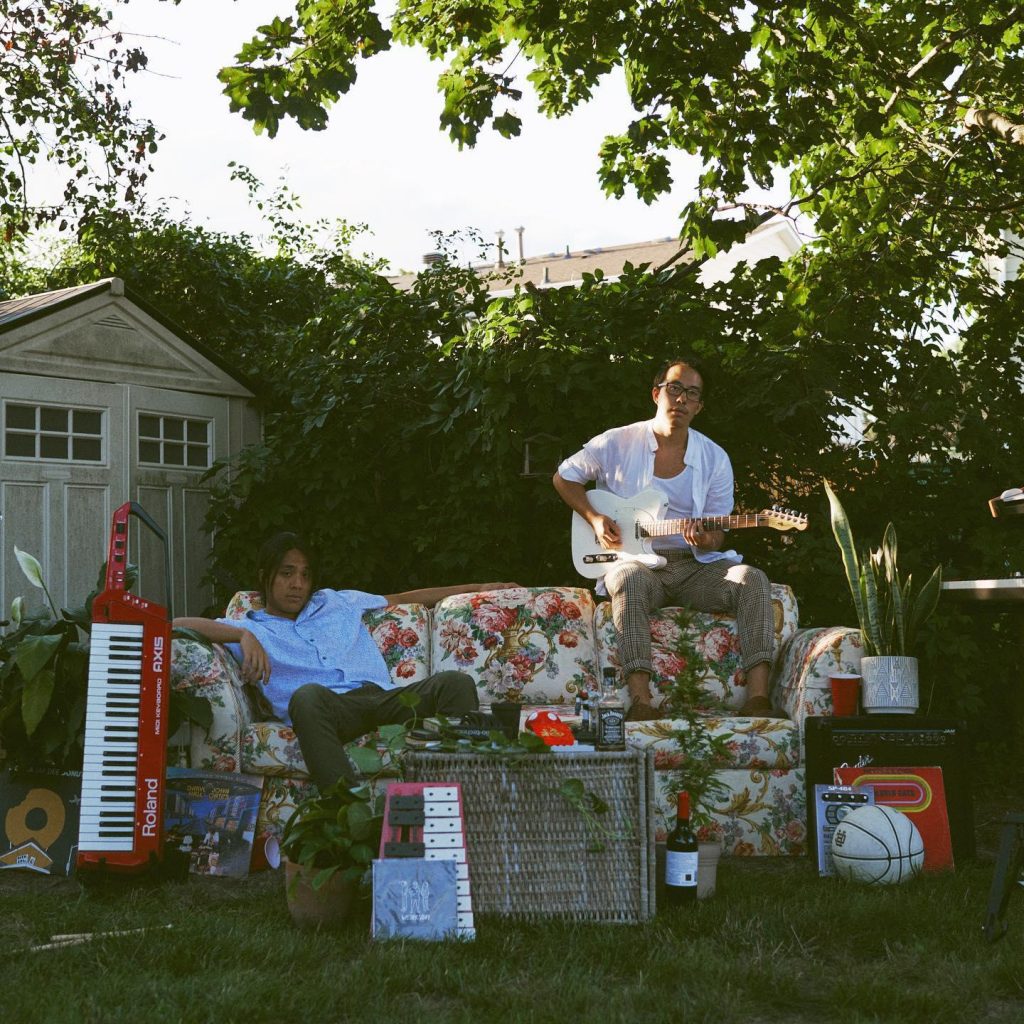 KEI-LI: I’m a singer-songwriter and producer as well, known to bust out the keytar/talkbox every now and then. I’m mostly influenced by the great hip hop and neo-soul artists of past and present but am inspired by pretty much anything with a groove.

HMLT: I’m a producer-artist that thrives off collaboration. I enjoy playing instruments and helping my artist friends build their sound. I naturally lean towards slow jams but that never stops me from trying to make a bop! Aside from music, I will break your ankles on the basketball court.

Tell us how you first got influenced to produce and make music.

KEI-LI: When I was really young, I would write lyrics into a little notebook after having taught myself how to play a little guitar. I had composed music on piano and drums, and picked up music production when I was 13, but it wasn’t until I first heard D’Angelo and Musiq SoulChild that I really understood what kind of music I wanted to make.

HMLT: My parents put me into piano at a young age – I’m glad that paid off. I also taught myself how to play guitar when I became a teen and always played in bands. I actually first learned how to play music at church! But when my band broke up, I still needed a way to make music on my own so that’s when I got into production.

How has the pandemic affected your music and how you live your lives?

KEI-LI: It’s certainly made it a bit more difficult to jam or session together, or even create other things like visuals or shows. We’ve streamed a lot since the start of the pandemic and it’s definitely been a change in gears but it feels like we’re all holding our breath for live shows to come back. I think for me personally, it’s been a bit rougher graduating/moving back home during COVID, so at least the album concept still feels relevant – feeling stuck in the in-between.

HMLT: It’s interesting because our upcoming album, “Drifters”, is essentially about being far away and separated from loved ones. We actually came up with the concept before the pandemic but I think as we were finishing the music at the start of Covid, we started to realize that it became very relatable to what was happening in the world. When it comes to the lockdowns and quarantines, a lot of musicians and artists have an introverted side so that part of us is somewhat used to being by ourselves. However, I also became an Uncle recently so I had to quarantine to see my niece but now that I’m back to work, I’m not sure when I will be able to see her again. The pandemic has definitely been a rollercoaster ride.

You’ve performed at the Joy Ruckus Club recently, how was the experience for you?

KEI-LI: This was actually our second performance at Joy Ruckus Club – the first time was summer of last year. It was an amazing time and it was awesome seeing the reaction from people to our music and performance. HMLT’s whole proposal was in the works for quite some time so I’m glad it all panned out and so happy for those two.

HMLT: I actually had a very special surprise for my girlfriend (now fiancée). I proposed to her during the performance and caught her totally off guard. Thankfully she said yes! And a special thanks to Kevin for helping me prepare and plan the idea!

Were there any artists at the show that you are a fan of that you’d like to collaborate with in the future?

KEI-LI: There was so much talent from across the world at the JRC event this year, and one of the coolest things was watching other local acts we hadn’t heard of before like DACEY and Foreign Flow. Love their vibe and energy!

HMLT: Like Kev said, both these fellow Canadian acts were great! I also managed to catch a band called Derby – a very cool and tight 3-piece band!

What do you like most about being a musical artist and are there any inconveniences that comes with being one?

KEI-LI: For me I love the freedom to express the art I want to express – the privilege of creating for the sake of my own vision and feeling. That said, that freedom comes at the cost of never knowing if you’re doing the right thing and chasing a seemingly impossible goal of ‘making it’ for years and years and years. To do it seriously is to sacrifice something else in your life to make room for this, so it’s all rock ‘n roll but tread lightly.

HMLT: Feels good; little money. Being a musical artist has its upsides but it’s actually a lot of work with very little return at the start. It took me a long time to finally see music like a business instead of just a hobby. However, it is also hard to gauge your level of success as a musician or artist because there is no standard way to ‘make it’. There is no annual review from a boss who gives you a raise and a pat on the back if you’re doing well and not a lot of validation. And the definition of ‘success’ can be different for everybody so it’s hard to compare your journey to other peoples.

Please name some of your fav song/album that you’re the most attached to, and why?

KEI-LI: I love Two Melodies by Zion T ft. Crush – it was one of the first albums I came back to after sessioning with Robotaki in Montreal one summer, when Zion T had just released the Red Light album. That entire album actually kind of opened my eyes back up to contemporary neo-soul. One Mo‘Gin is also one of my favorite D’Angelo songs because of that beautiful chord turnaround at the chorus.

HMLT: Feist – The Reminder. Because she is from Toronto, she is an artist who really gives me hope and her style of music is timeless. Frank Ocean – Blonded Album. I love how he embodies true artistry without trying to be somebody else. Everything off that album speaks to me musically.

What do you like to do in your free time? Do you enjoy interacting with the fans?

KEI-LI: I practice my keytar and talkbox, or my beatboxing/street dance. I also design and animate games/visuals professionally (@keilimusic). Honestly, it’s pretty surreal and humbling that people actually want to go out of their way to listen to music I vomit out when I’m feeling sad, and awesome that they relate enough to go out of their way to say hi to us. Messages about how people have followed our journey for years inspires me to keep pushing.

HMLT: Fans are essentially the thing that keeps a lot of artists going. I don’t have as many fans as some but the ones who do reach out to say kind words really keeps me going, especially on days where I find it hard to support myself with music. Aside from music, I’ve been getting into making Filters for Instagram and Facebook. You can actually check out the one for Peaches & Cream that I made. You can find me on IG (@HMLTlive) and search for the ‘Peaches & Cream’ filter!

Tell us a little about what we can expect from your new single Peaches & Cream that is out this month?

KEI-LI: This track is inspired by some old school ballads and all of the juicy metaphors you can imagine. We hope you enjoy it!

HMLT: We have a music video to go along with the song. As mentioned before there’s also a filter you can use on Instagram and Facebook called ‘Peaches & Cream’.

Could you share with us some of your dreams and plans for this year?

KEI-LI: Lately I’ve been filming a bunch of music videos both for me and HMLT’s Drifters album as well as my upcoming album with Robotaki, so we’re excited for all the visuals coming soon. Also, as I’m also an XR game designer, keep an eye out for future games and experiences from KEI-LI soon!

HMLT: I have a lot of songs coming out for artists that I’ve produced for and I’m planning to release a full-length album either at the end of this year or next year called “Studio Paradise”. I just came up with the concept a couple days before writing this interview. I’m very excited, stay tuned!! 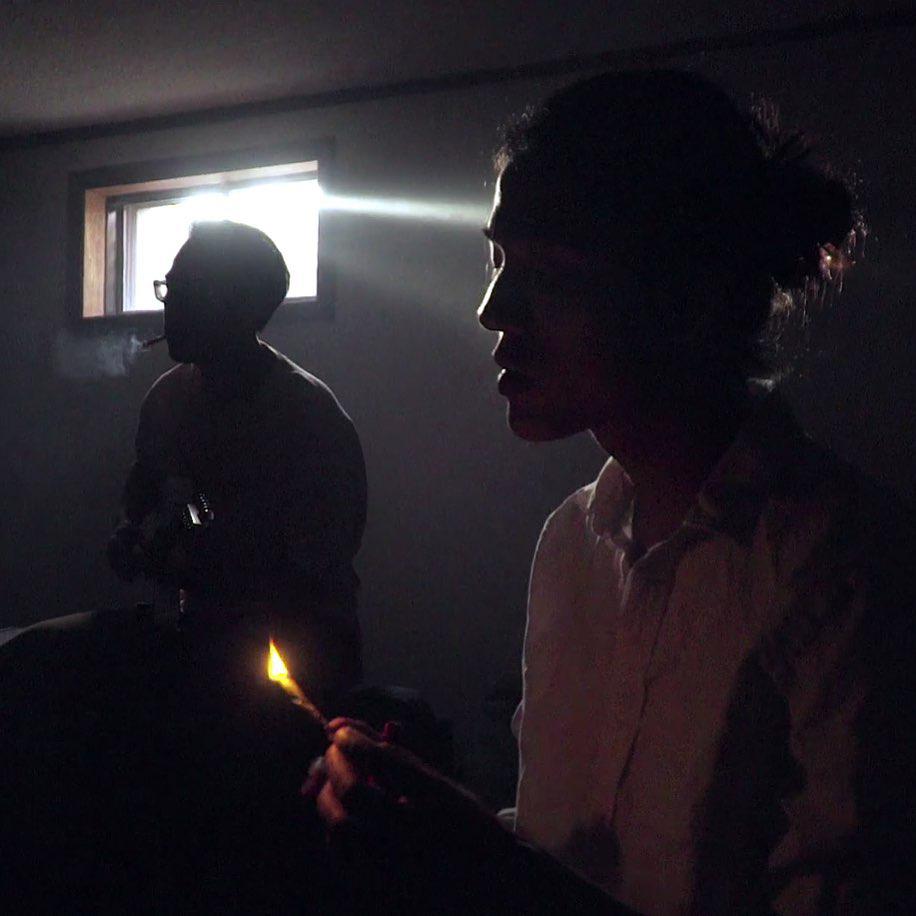