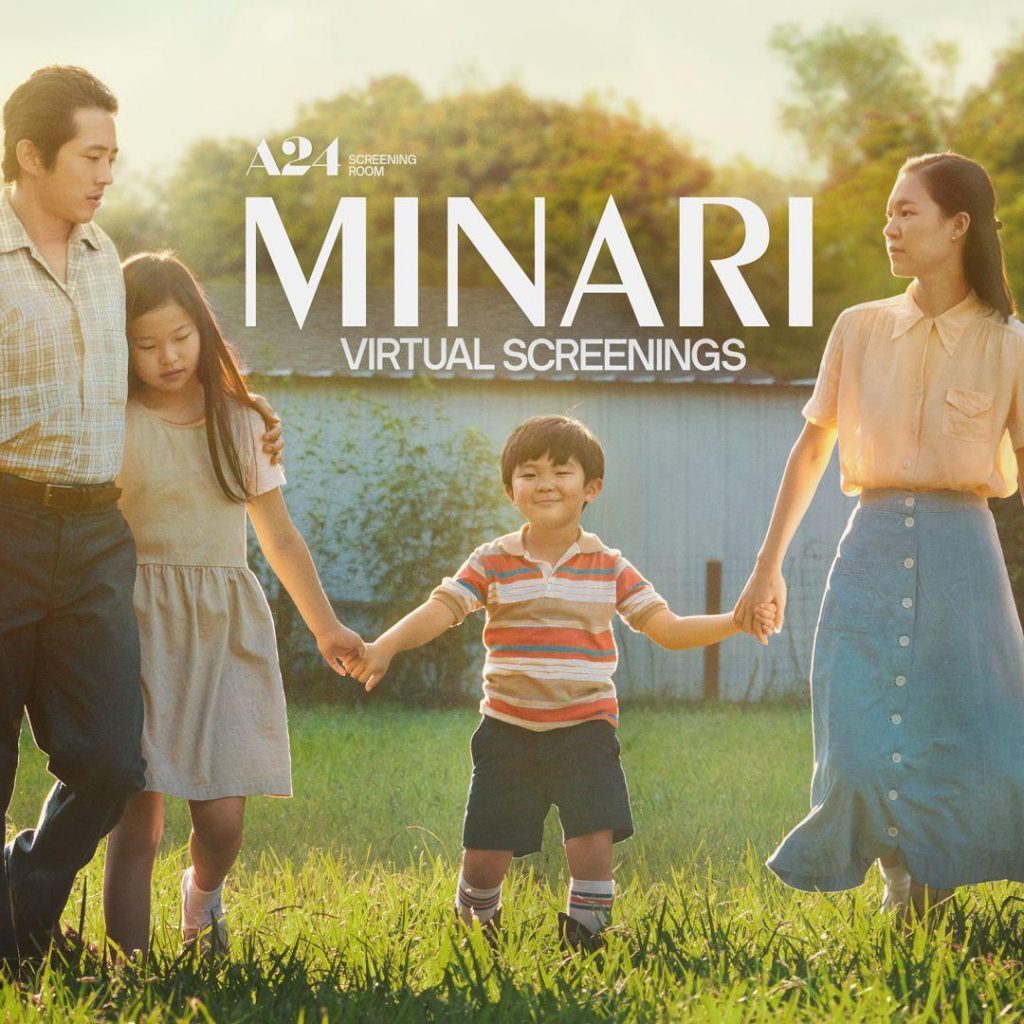 Its six nominations are on par with “Parasite,” as it made history as the first non-English language film to win best picture in the 92-year history of the Academy Awards, last year.

In the best direction category, Korean-American director Lee Isaac Chung will be competing with Thomas Vinterberg of “Another Round,” David Fincher of “Mank,” Chloe Zhao of “Nomadland” and Emerald Fennell of “Promising Young Woman.”

“Minari,” written by Chung based on his childhood, will contest for the best original screenplay title with “Judas and the Black Messiah,” “Promising Young Woman,” “Sound of Metal” and “The Trial of the Chicago 7.”

Youn Yuh-jung, who played the grandmother in “Minari,” was honored as the first South Korean actress to get a nod in an acting category from the Academy Awards.

The 73-year-old actress is the fourth Asian actress to gain a best supporting actress nomination – Japanese actresses Miyoshi Umeki from “Sayonara” (1957), Shohreh Agdashloo “House of Sand and Fog” (2003) and Rinko Kikuchi “Babel” (2007) have also been nominated. So far, Umeki is the only of the list to win the Oscar.

Actor Steven Yeun also made history by becoming the first actor born in Asia to be nominated for best actor in a leading role. Yeun was born in Seoul, and his family immigrated to Canada before settling in Michigan, where the actor grew up.

“Minari” depicts a family of immigrants who arrived from Korea to settle down in America and the film very much resonated with immigrants from all over, not just to Korean-Americans.

The title of the film “Minari” refers to a type of watery vegetable used in Korea as a side dish. Since the green plant is tough enough to grow everywhere and robust in flavor, it serves as a metaphor for the family who struggles to fulfill their American dream.

Since its debut at the Sundance Film Festival last year, “Minari” was often dubbed as “the film of the year” and one of the most highly acclaimed movies of 2020, by earning numerous international awards and nominations from film critics.

The 93rd Academy Awards is to be held on April 25.