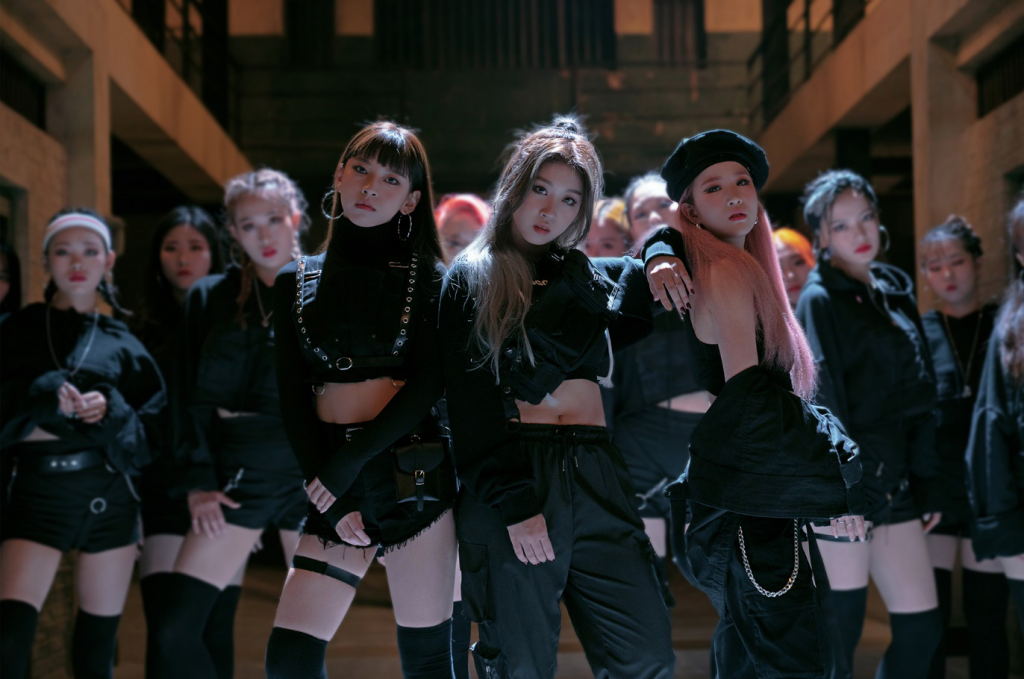 3YE (pronounced “Third eye”) is a three-member Korean girl group signed under GH Entertainment. The group debuted on May 21, 2019 with ‘DMT – Do Ma Thang’. Previously, all three members were part of GH Entertainment’s previous girl group Apple.B. We would like to thank the girls and their management for making this great piece of interview happen. We wish them all the best in all they want to achieve.

Hello, would you like to introduce yourselves to our readers?

Ha-eun: Hello, I am Ha-eun, the mood maker and maknae (youngest) of the group. I’m 21-years-young, and in charge of doing mid-range and deep, low vocals.

Yuji: Hi, my name is Yuji and I am a 22-year-old charismatic leader and main dancer of 3YE. I love watching films and dramas alone, and enjoy shopping since I have a liking for clothes! I can dance, rap, act and able to do variety entertainment as well~

Yurim: Hello, this is Yurim, who has a chic visual and unpredictable charm! I may look cold on the outside but in reality, I’m really bright and laughing out loud.

We’re curious to know how you three initially got into this Hip-Hop girl group. What were your dreams growing up?

Ha-eun: I think we were put into this group, because we’re a very different group of this genre than the rest. I’ve always wanted to be an all-round entertainer since I was very young. My mom recommended me to learn, so I started learning dancing in elementary school, and I got to really love it. I’d perform and compete in contests, then I was casted by my first company. I learned how to sing in the process and began dreaming of becoming an entertainer.

Yuji: I loved being on stage to sing and dance since I was in kindergarten. I would always play around with a dance video on at home. I got the chance to learn belly dancing when I got into elementary school. After that, I wanted to learn other genres of dance, then moved on to do acting and singing as well. That’s how I began wanting to be an entertainer/celebrity.

How did the group name come about?

Yuji: The name stands for “the third eye”, so as to differentiate ourselves from other standardized groups. It could be interpreted that we’re totally different from the rest and we wanted to show a unique charm that only we’re able to emanate.

What has changed the most for you since your debut? Do you have any fun memories with the fans?

Ha-eun: Before we made our debut, we used to practice with songs by other artists, but it’s great to have our own songs to practice on! We definitely have more interaction with the fans now too~

Yuji: Before going on stage for an outdoor performance, we interacted with the fans’, played games with them and had a lot of fun.

Yurim: Before going on air, we took turns to become our manager for a day and it was a new experience and lots of fun. I wish we could do more stuff like that in the future too.

Musically speaking, what do you think is 3YE’s uniqueness?

Yuji: Each part of our songs has been produced differently and has an addictive chorus, with strong and dramatic music, only 3YE has those unique charms. 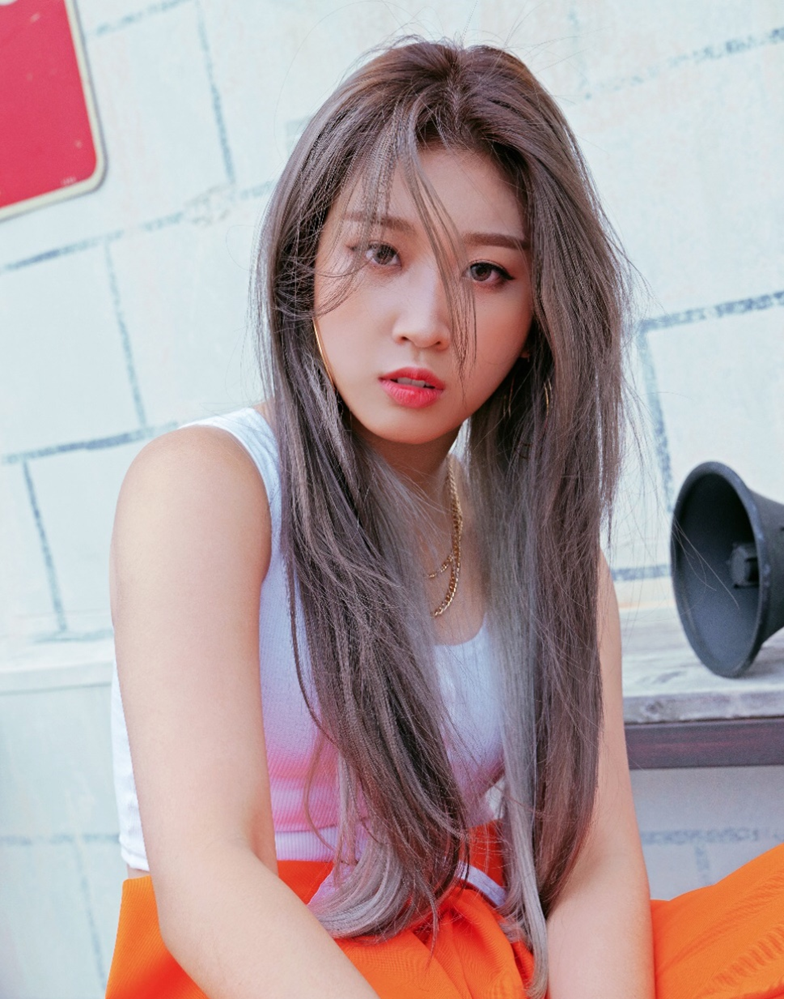 What’s the first thing you do when you get up in the morning?

Ha-eun: While I am still sleepy, I head towards the fridge, where I take out a red ginseng and two probiotic pills and take them.

Yuji: For my health, I take a vitamin with lukewarm water, then massage my chin!

Yurim: Because so many of our fans upload new stuff about us online each day, I search 3YE, the first thing when I get up!

Which 3YE song are you the most attached to?

Ha-eun: I feel attached to both of them but OOMM (Out of My Mind) was more unique and fun in a way.

Yuji: We love both our singles! But if I had to pick one, it would be DMT (Do Ma thang), which is our debut song.

Yurim: Love the two songs equally but I would have to choose OOMM (Out of My Mind) because it’s catchy and fun.

Share with us a song or an album that you listen to the most often.

Ha-eun: I listen to Rihanna – Love the way you lie frequently. ^^ If given the chance, I’ll sing it for you.

Yuji: I’ve been listening to a lot of Zedd, Kehlani – Good Thing lately. It’s great to listen to when you’re working out lol.

Yurim: Kassy – Story of Nightfall, I am a fan so usually listen to her songs a lot.

Do you have any food that you especially like or dislike?

Ha-eun: I used to hate mushrooms when I was younger, so my mom would slice them into little pieces and make me mushroom rice. I can eat them now, since I’ve grown up lol.

Yuji: I can eat all kinds of food but stuff like oysters that have fishy taste and smell, I find difficult to eat, I think.

Yurim: I also eat any kind of food, except for… peas. I dislike how they feel and taste. 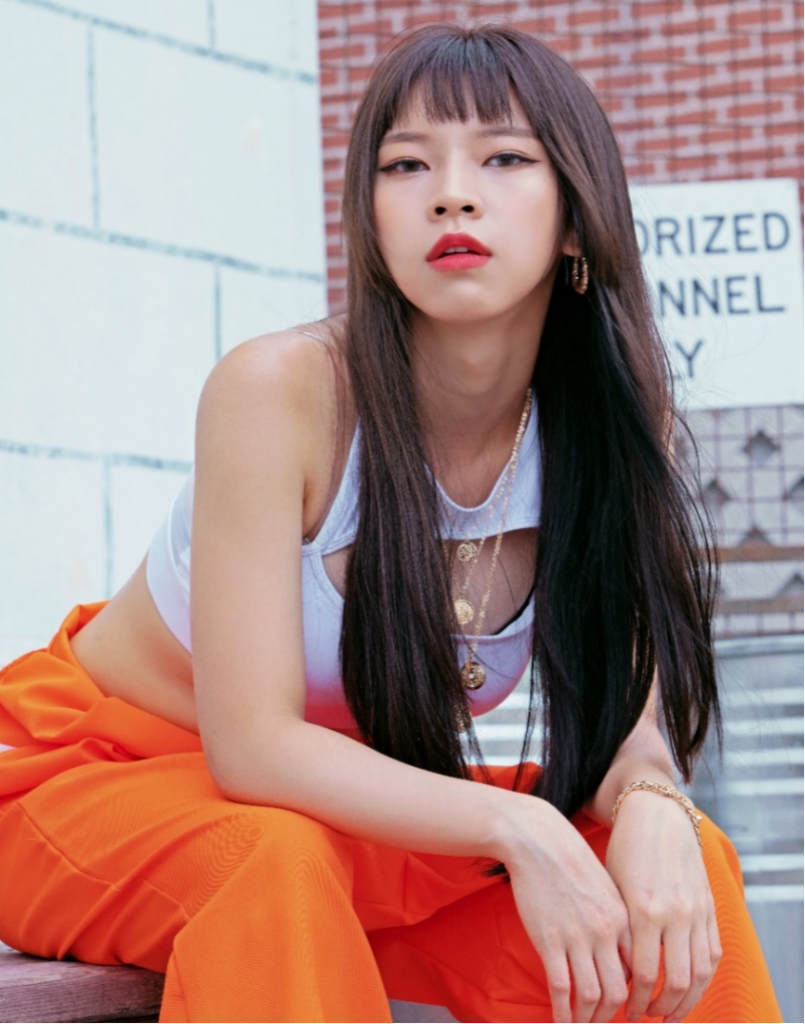 Do you have preference to any style of clothes? What would you say are your favorite shades?

Ha-eun: I have a preference for black & white and nude tones, but I don’t hate any other colors. I normally like to dress in a street, simple and modern casual/vintage styles; I also personally like a brand called Wonder Girl.

Yuji: I like simple colors like black and white but don’t really like orange. I wear Lap and More day brands a lot. I prefer to style myself with modern, Amekaji, casual and street look.

Yurim: I think I wear black the most often but I don’t have any colors that I dislike in particularly! I prefer modern, feminine, casual outfits.

What are your hobbies and interests? What are the most confident at doing well?

Ha-eun: I normally enjoy watching movies and variety shows on TV. I can’t say that I’m good but I have an interest in interior designs. What I’m best at is singing emotional songs in a mid-range and low voice. Ha ha.

Yuji: My hobbies are watching films, dramas and shopping. I am the most confident at dancing and I would love to try out all sorts of different genres of dance in the future.

Yurim: I love shopping and watching movies. I love adorning – so styling is what I am pretty good at!

Who do you most admire in the world?

Ha-eun: I respect my parents and consider my older sister as an idol, lol. �

Yuji: I love and respect my parents ❤️

Yurim: I also respect my parents the most. ?? 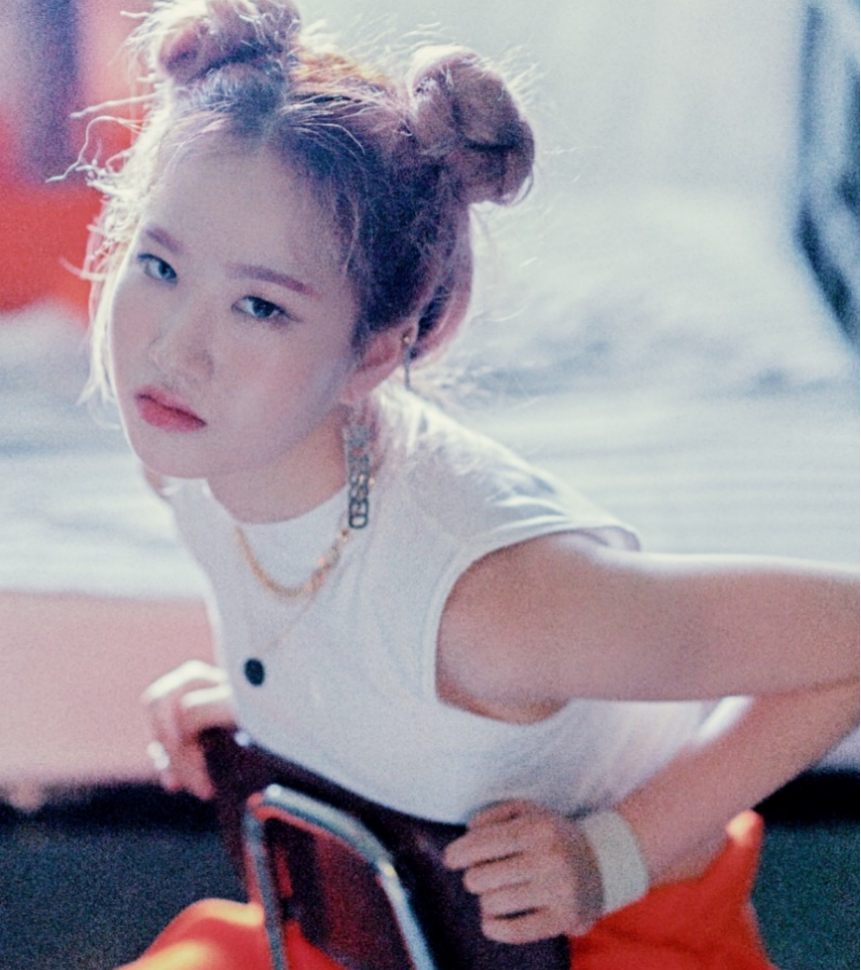 Recommend us any books, musicals or films that you’ve enjoyed lately.

Ha-eun: I recently watched a movie called Tall Girl. I found the main character really memorable and intriguing, to watch her overcome her inferior complex and find confidence in the end.

Yuji: I went to the cinema lately to watch Exit on my own. It was nerve-wrecking and there were scenes that made me nervous but since it was both refreshing and emotional, I want to watch it again some time.

Yurim: I watched the movie Slumdog Millionaire and it left a big impression on me. It’s about winning a TV quiz and it reflects on the main character’s life which has a moral that even the littlest things in life are precious.

Where do you think is a place to visit in Korea?

Ha-eun: I’d love to recommend Paju, where I was raised! It has a lot of incredibly fun places with a lot of cultural sites that people can visit too!

Yuji: I think Gyeongju would be great ~ It would be a very meaningful trip for foreigners. I recommend you all to visit!

Yurim: I think Jeju Island is a great place, there’s a lot to see and eat. It’s so beautiful too.

Where do you want to perform in the future?

Ha-eun: There aren’t any specific locations in mind, but we’d go to as many countries as possible to do a tour!

Yuji: Would love to do our own concert in the States. Or is this too much to dream about? 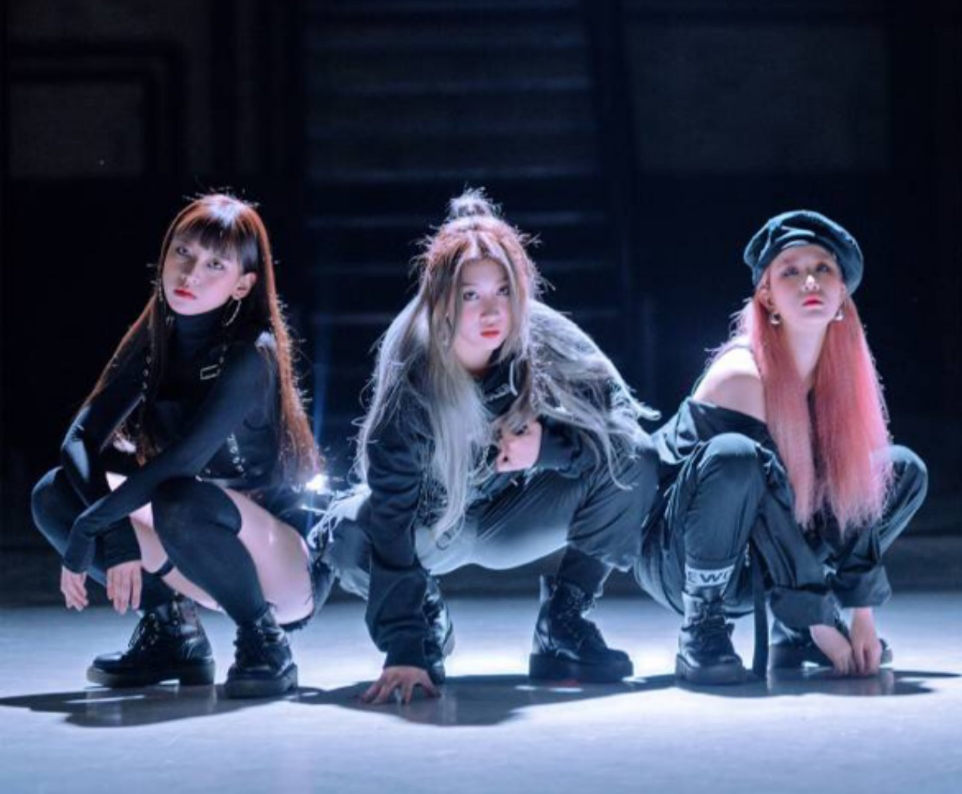 Please let us know any plans, goals and wishes you have for the future. Say something nice to your fans too.

Ha-eun: We want to evolve and become a world-wide known group. Please stay with us! For the future, 3YE will be really improving as a group. ❤️I Love You!!

Yuji: Thank you all for always staying with us and hope we can take this journey together for life ~ Please have a great day today and listen to our music! Please take good care of yourselves so as to not catch a cold! Love you! ❤️

Yurim: Thank you so much for always supporting and loving us. ❤️ We’ll be showcasing better stage performances for you guys so, please stay with us ~~~ Love you! ❤️

2 responses to “KCRUSH Interview with 3YE”