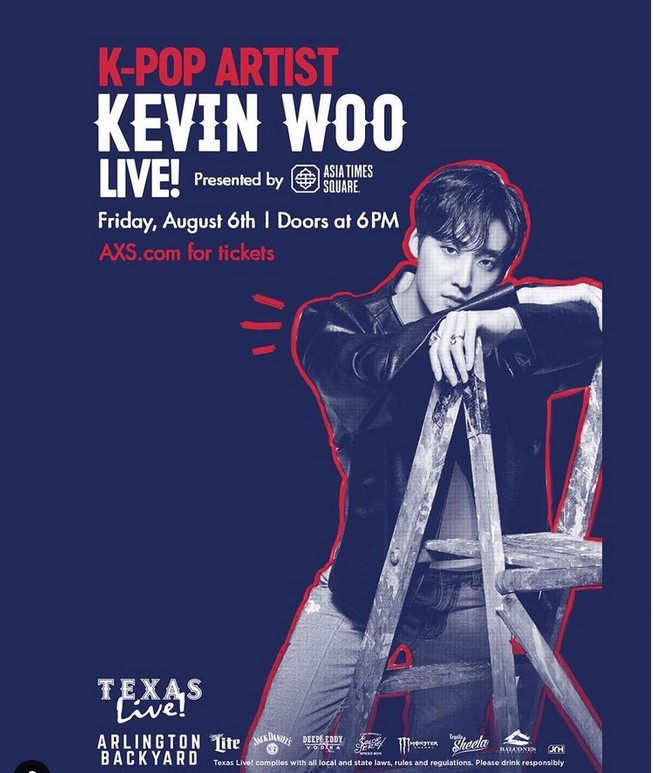 Kevin Woo, member of XING and U-Kiss is hitting the Texas Live Arlington Backyard Stage with a live concert on August 6, 2021. He is extremely excited to meet the KLOVERs in-person once again!! GA and VIP tickets available!
*VIP Ticket purchasers are entered for a chance at a brief Meet & Greet and photo with Kevin!

About Asia Time Square:
Asia Time Square – The Asia Times Square Development is one of the largest Asian Markets in Texas, and is located in Grand Prairie. It borders the city of Arlington and is positioned in between 4 major State Highways: 360, 161, I-20, and I-30. This super Complex is much more than your average shopping center. It was thoughtfully designed to commemorate and honor the Asian Community by building a safe, family-friendly environment, filled with restaurants and shops.