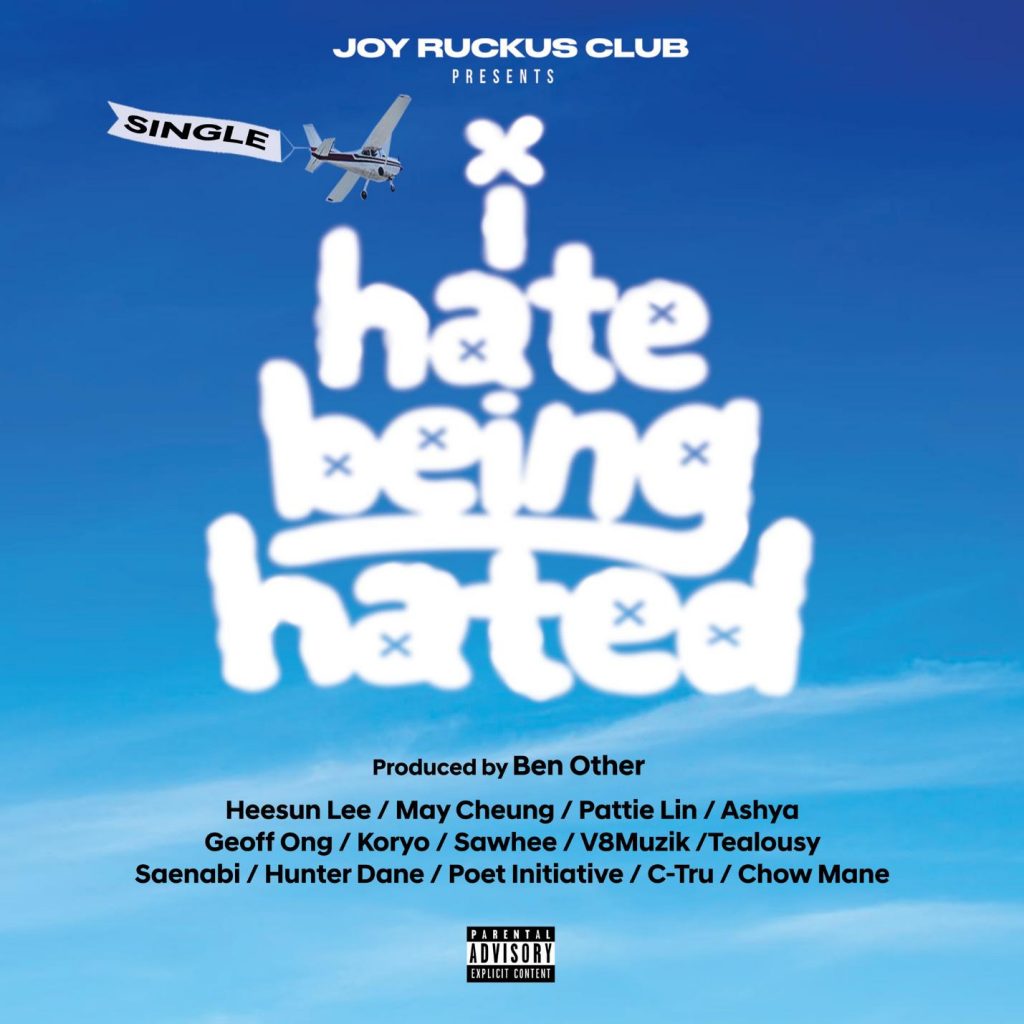 “Feelings of hopelessness, fear of a stranger who looks at my face and sees only danger, not a human, a disease,” sings Saenabi, detailing the prejudice endured by Asians in today’s society in the wake of the pandemic. With a spoken word verse, Chow Mane puts the current wave of anti-Asian hate in historical context: “Bombed our countries, raped the women, and murdered our babies, you remember My Lai or No Gun Ri, when the US army used to kill our chinks, today the same sh*t, more sinister, less overt.” Geoff Ong’s verse shows that even as far away as New Zealand, Asians are experiencing the same things: “How does it feel to be a hated race, sometimes I’m like at least they said it to my face.”  Not all is despair as Ashya sings of keeping one’s head high in spite of the hate, “So love yourself, there’s no one like you, one of a kind.”

The song was debuted prior to release at the “Joy Ruckus Club presents I Hate Being Hated” virtual fundraising event for Stand With Asian Americans. Contrary to what it seems, the event was actually named after the song, not the other way around. An accompanying remix of “I Hate Being Hated” has also been released, on a beat by Los Angeles producer 1K composed purely of traditional Asian instruments and rhythms. The original and remix are both available to be listened to on all digital platforms.

“I Hate Being Hated”: https://open.spotify.com/album/5AUn2u7YxaCwLRgH2m6sDa?si=Fc4IitbaQpaANMIQ35R_JQ&dl_branch=1

“I Hate Being Hated Remix”:https://open.spotify.com/album/2wMvs1vfMDcGNlGqCI1mS9?si=eE1xuXzETKCBm6SdhzotMA&dl_branch=1