Jessica, no longer a GG

Jessica, no longer a GG

Things have not been going so smoothly for Girls Generation for the past few months. It was September 29th, when Jessica, the member of Girls Generation posted on Weibo that she is no longer part of the group and that she has been kicked out.  She wrote, “I was excited about our upcoming fan events only to shockingly be informed by my company and 8 others that as of today, I’m no longer a member.   I’m devastated – my priority and love is to serve as a member of GG, but for no justifiable reason, I am being forced out.”   This was very shocking news because there has been way too many problems with SM.   First we have JYJ’s lawsuit, Hangeng’s lawsuit, Kris’s lawsuit, and Sulli’s temporary leaving the group, and now this.   No one has been “forced” out of a group before.  But it turns out it wasn’t as big of a deal; she just made it sound that way.

A few months ago, Jessica talked with SM and the members about leaving the group because she was busy with her new fashion line ‘BLANC’, so it was very hard for her to participate in all their schedules.   They came to an agreement that she would leave the group after one more album, but SM decided to move the date up, a day before their fan meeting in China.   Apparently Jessica had no idea that the date for her to leave the group was moved closer and it was surprising that the 8 members agreed to this.   I was very surprised by the decision they made because they’ve known each other for 15 years, so it must have been very hard for them to decide.   I understand that Jessica is very confused and is hurt by the members and SM, but I feel like she’s only thinking about herself.   She needs to put herself in others’ shoes because so far, it’s just making her look selfish.

It turns out that she’s been telling the members about getting married to her boyfriend, Tyler Kwon and she told the members that if it’s okay with them, she would still like to be apart of the group.   What she said was very selfish because she’s not thinking about how the members are feeling.   I mean, no idol group member has been married while still working with the group, besides Sunyae from “Wonder Girls”, but this is different.   Her boyfriend has been with Jessica at most of her schedules and I can’t imagine how frustrated the members would be.   Being a celebrity is her job, and she won’t be able to focus on work if her boyfriend follows her everywhere she goes.   She was with her boyfriend in New York and they returned to Korea a day before the fan meeting that was held in China.  This just shows that she doesn’t even care anymore.   She’s just so into him that she can’t see what’s happening around her.

Idols always do something special for fan meetings such as a cute dance, or sing, etc. And, for her to return a day before is just unbelievable.   Right now, I can’t imagine what the members are going through.   I would love for Jessica to go back to the group, but with all the things that have happened in the last couple of months at SM, I doubt that will ever happen.   I’m not hating on her, I’m just stating that she could have handled things better.   She still loves and wants to be a part of the group.

With this all said, I just wish the best for Jessica and the 8 members. They still have a bright future facing them and I hope everything goes well. 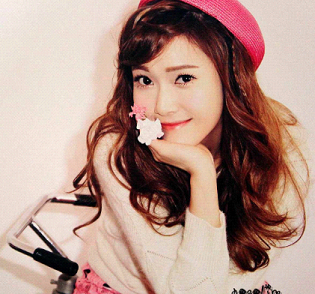 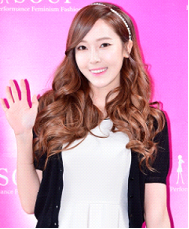