Japanese Woman Puts Her Foot Down Via #KuToo Movement 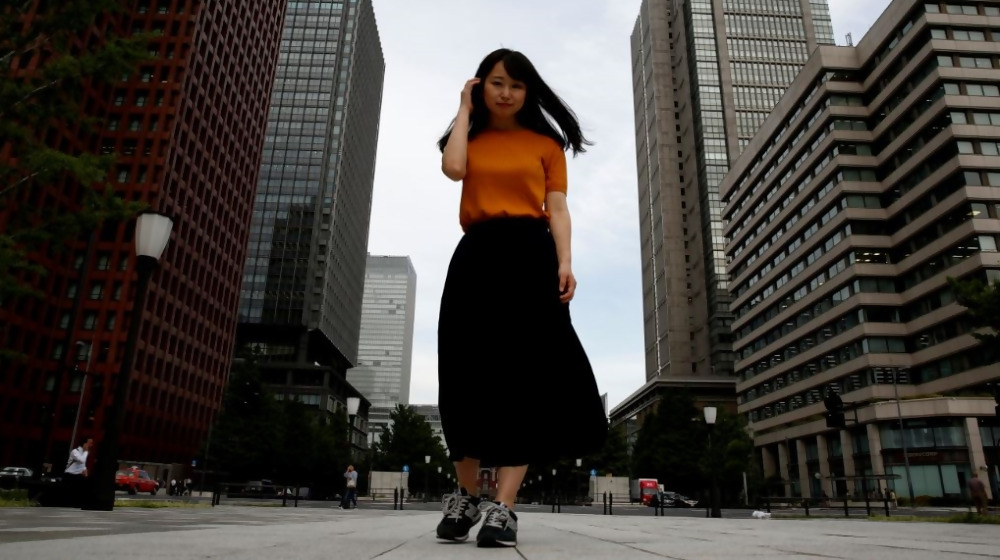 This past week, a new hashtag has joined the call-for-change movements in the US media; however, this movement started to march forward January 2019.

Born in Japan, #KuToo came kicking into the world as a protest regarding wearing high heels in the workplace. The petition, which was started by 32-year-old funeral parlor worker Yumi Ishikawa, has collected over 20,000 signatures.

“I’m hoping to get rid of the custom that someday women have to wear heels and pumps at work,” Ishikawa said in her tweet.

The #KuToo is a play on the words kutsu and kutsuu which mean “shoe” and “pain,” respectively.

Ishikawa’s campaign started when she posted on Twitter regarding her workplace’s 2-to-3-inch heel-requirement for women’s shoes how the height makes her feet hurt. The petition calls for high heels to not be required in the workplace due to health issues among other problems while sparking debates on gender equality in the workplace.

“It seems like men don’t really understand that wearing high heels can be painful and lead to injuries,” Ishikawa told Reuters. “But even if women aren’t hurt, I’d like such expectations to be considered power harassment.”

“It’s hard to move, you can’t run, and your feet hurt. All because of manners,” she added.

Kanako Otsuji, a member of the opposition Constitutional Democratic Party of Japan and an LGBT rights activist, agreed with Ishikawa, calling the dress code and forcing women to wear high heels “outdated” and equal to harassment.

Many people who support the petition agree with Otsuji’s assessment and consider the high-heel rule as an “abuse of power” toward women. Some signers liken the practice to “modern foot-binding,” while others have asked for dress codes to be loosened for both genders.

According to Reuters, high heels are not an explicit requirement for women working at Japanese companies, but due to social expectations and tradition, wearing high heels is a given for female workers.

“It’s the view that appearances are more important for women at work than for men,” Ishikawa told The Japan Times.

When it comes to workplace equality, Japan hardly has a leg to stand on as the country lands 110th out of 149 nations in the latest World Economic Forum rankings on gender equality regarding the treatment of women based on educational attainment and health hazards.

“It’s abuse of power if a worker with a hurt foot is forced [to wear high heels],” he added.

Echoing some of Nemoto’s statements, there are naysayers to Ishikawa’s campaign.

“I’ve been asked why I need to make such a big deal about this – can’t I just work this out with your company?” Ishikawa said. “Or that I’m selfish, that this is just part of etiquette.”

She also points out the international media pays more attention to her campaign than domestic media.

“Japan is thickheaded about gender discrimination,” she told Reuters.

Ishikawa hopes her campaign will cause fashion designers to create more practical and comfortable business-acceptable shoes.

“Shoes are so every day,” she said. “People can more directly see the issues of people’s dignity and rights, and so shoes may lead to a better world.”

Of course, she ads that because she’s not a fan of high heels at her job, she says others should have the right to choose if they are appropriate for them.

“Of course, if you want to wear them, please go ahead,” Ishikawa said in a tweet.