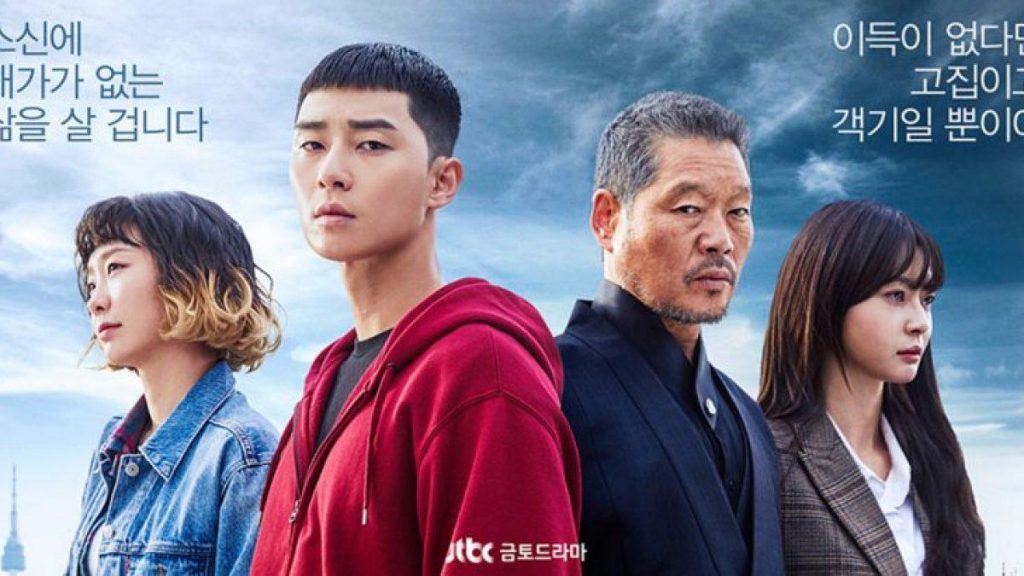 Who knew a story about a pub owner would be so intense!? Itaewon Class is a story of revenge, self-sacrifice, and ambition. It is full of deep emotion and themes. I’m still not over it, and here’s why. Warning: Spoilers.

The plot is so interesting and at times, unpredictable. Itaewon Class is about Park Saeyori who suffers an injustice that results in his father’s death. For the rest of the show, he works for restitution. He does this by trying to build up his career to take town the man who covered up his father’s death.

One of the most heart-wrenching scenes is where Saeroyi is visiting his father’s grave. He takes a sip of liquor and starts crying, saying that it is bitter. The way we continue to see him interact with his father’s legacy (and let’s not forget his near-death scene with his father in the afterlife!) is an amazing addition to this show. The writers knew how to hit those emotional notes!

My favorite scene in the show is when Park Saeroyi finally bows before Director Jang and says how it was the easiest thing he had ever done! This was such a powerful moment and tears definitely fell from my eyes! Love truly does conquer all.

I love how the show didn’t surround a romance, but rather the main relationship that the show centered on was between Director Jang and Park Saeroyi. It truly was all about getting justice. Though I appreciated how Yi-seo added to the plot and was so faithful to Saeroyi, it was refreshing to see a drama’s plot driven by this theme. Additionally, the pacing was great and there were very few moments that didn’t matter. Plot: 9/10

The narrow alleyways of Itaewon, the bright lights of Seoul at night, the pretty scenery by day—it all made me want to visit this section of South Korea! The diversity that you can find there and the unpredictability of it made it so magical and the perfect setting for the ambitions of our main characters. I also love DanBam so much! Not only is it cozy, but it also has some amazing interior décor. Let’s not forget that rooftop view of Seoul. Setting: 9/10 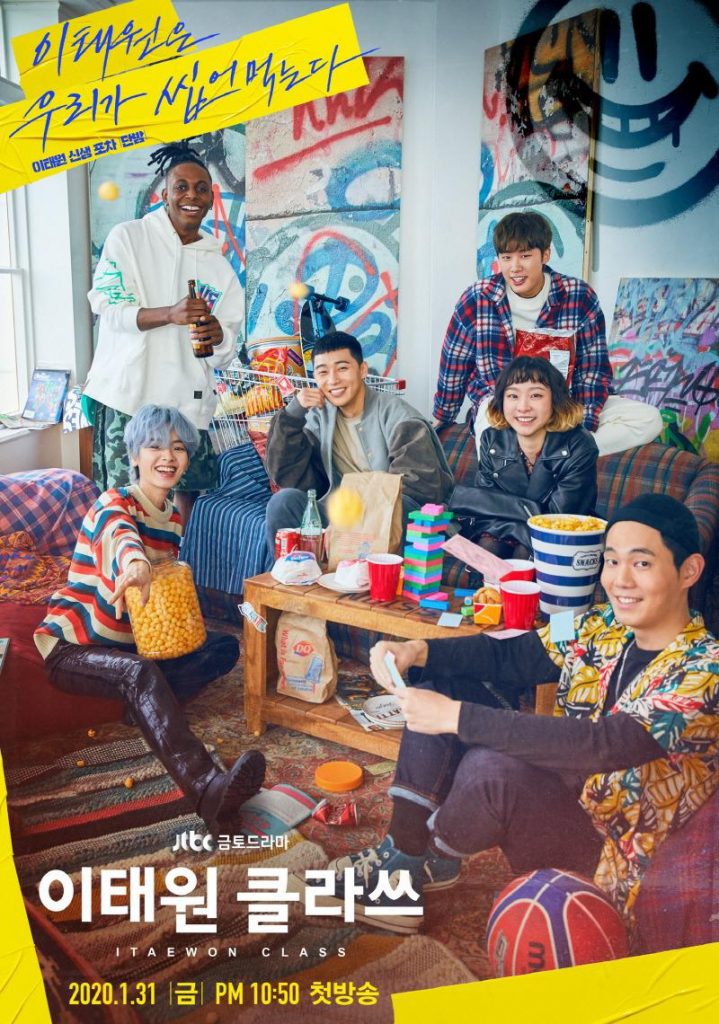 No character is wasted. Everyone in this show has a purpose and incredible backstories. Each character has a vice that they have to overcome, and in doing so each plays an intricate role in the plot. There are no characters here simply for comedic relief or fluff. There is diversity in the cast too— with Tony, a black man, and Hyeong-yi, a transgender. Very few dramas have I seen either in, and I’m glad that some social issues were brought into play. This also helped solidify how Park Saeroyi focused on the individual and not their stereotype.

As far as our leading man, Park Saeroyi had a personality I had not previously seen in a story or drama. He is so calm and unexpressive on the surface but has many emotional layers. He expresses himself mostly in his action, whether it is the quiet support of his employees or his determination. Because of this, it makes moments when he does outwardly emote that much more impactful. Saeroyi is ambitious, faithful, kind, self-sacrificing, and strong. My favorite trait was his quiet strength and his love for others.

The rivalry is insane in this show. They crafted Director Jang to be the perfect villain to oppose our protagonist! Additionally, Soo-ah was infuriating and Yi-seo made it all better every time she got in her way! Characters: 10/10

This show made me walk away wanting to be a better person. Park Saeroyi always puts others first above his business. That taught me that people are the priority above all else. As mentioned earlier, he saw each and every person’s strengths. He also supported them through their weaknesses. What a man!

An undercurrent of sorrow and unfinished business is carried throughout the entire show as we long to see justice for Mr. Park. This unrest propels the intensity and depth of every episode. It leads to his son wanting revenge, rather than just success in honor of his father. As Park Saeroyi rivals Director Jang, we see how his anger leads him to make poor decisions. Thankfully, in the end, he is able to see his error. This is a great message to see played out—motivation matters. Theme: 9/10

This is my favorite OST of all time! You really can’t go wrong when putting it on shuffle. Some of my favorites are “Sweet Night” by V (BTS), “Our Souls at Night” by Sondia, “Start Over” by Gaho, “You Make Me Back” by Woosung, and “Still Fighting It” by Lee Chan Sol. My top song choice is “Someday, The Boy” by Kim Feel. OST: 10/10 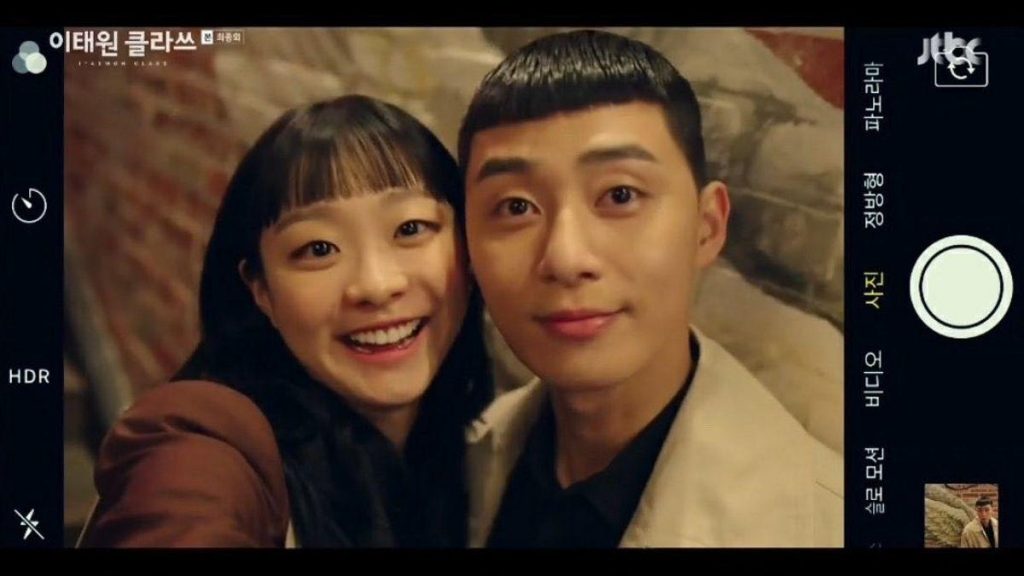 This show is near perfection. I sobbed when it ended because I loved it so much and hated to see it go. It was the first K-drama I ever watched and it got me hooked! I always recommend Itaewon Class to others because it is the perfect balance of romance, suspense, and action. My nights were always sweet when I watched this show, and I’ll likely re-watch it again in the future. Final Score: 9/10