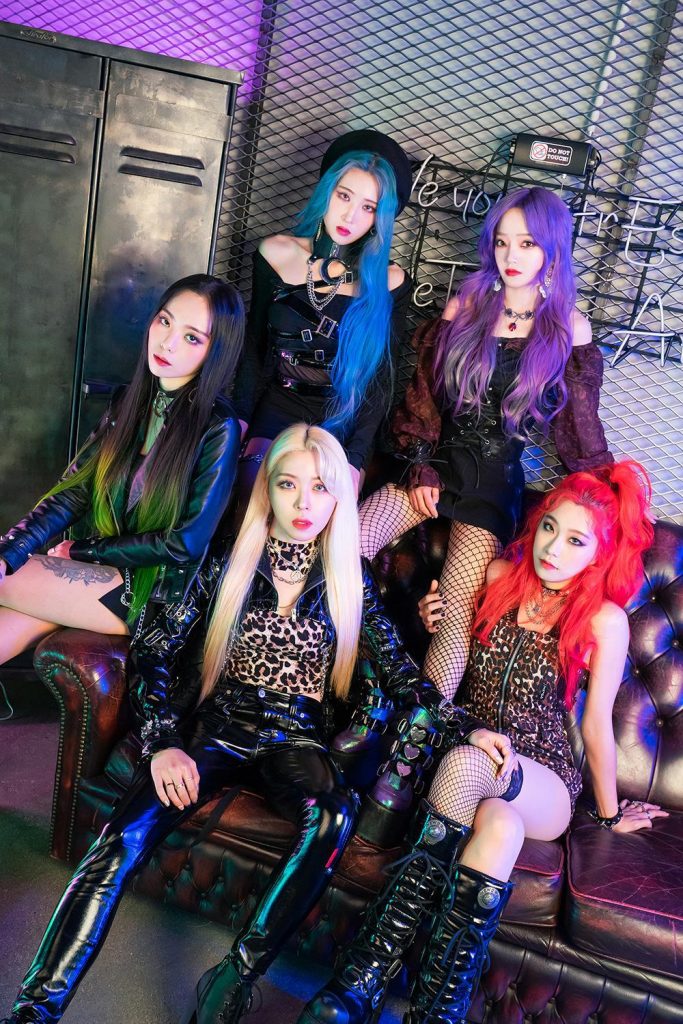 Rolling Quartz is a South Korean rock girl band signed under Rolling Star Entertainment. The band consists of five members, Jayoung, Iree, Hyunjung, Areum and Yeongeun. Rollin Quartz made their official debut in December of 2020 with the single Blaze.

We would like to express a massive thanks to the members of rolling Quartz for this great interview. We also wish that the readers will get the opportunity to learn more about the band.

Thank you for offering your time for this interview.

Would you briefly introduce yourselves and tell us about your roles in the band?

Jayoung: I am Jayoung. I write songs and sing.

Hyunjung: Hi, I am Choi Hyungjung. I am a guitarist and known for being the prankster of the band.

Areum: Hello. I am Areum, the bassist.

Yeongeun: Hello, my name is Yeongeun. I am the drummer of Rolling Quartz. 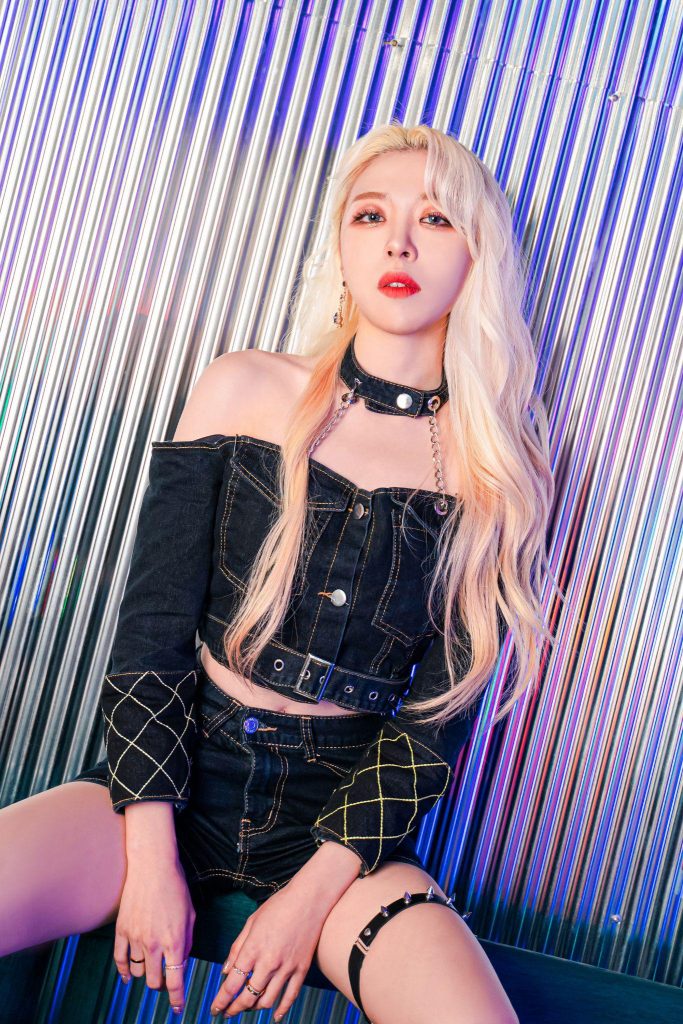 Tell us about the inspiration behind the name, “Rolling Quartz”. How did that come about?

Iree: Before Rolling Quartz was formed, Areum and I were in a band, “Rolling Girls” and the rest of the three members were in a band called “Rose Quartz”. When we decided that we should form the two teams, we thought for days on what to call our band. Since we couldn’t think of a great name, we chose to combine our former band names and call our band “Rolling Quartz”.

Yeongeun: Our band’s name was combined from Rose Quartz and Rolling Girls.

Most find Rolling Quartz’s sound and image very refreshing, we are curious on how you initially got into doing rock music and how you all got to join the band. Was it also your childhood dream to become musicians?

Jayoung: I think because our personalities dislike being frustrated and like cool things, which affects the genre of music that we like. Whenever I listen to rock music I love, I get emotional and think to myself that I made the right choice by choosing music. I always dreamt of doing art-related work and made the decision to become a singer in middle school.

Iree: I have loved band music since I was growing up. I was attracted to the unique and grand sound that can only be found in rock/metal music.

I befriended Areum at a live club in Hongdae – although I can’t recall when our first meeting was – at the time, she was performing as a musician at the show, and I was a part-timer selling tickets for the performance. It never occurred to me when I was young that I would be doing music.

Areum: I used to be a bassist in a band called Red Dot in Hongdae, then I got into a project group called Rolling Girls and later joined Rolling Quartz.

Yeongeun: I watched a band perform by chance when I was younger, and wanted to do music from then onwards. I am still doing music to this day. I got into metal music at the age of 20, and started playing rock and metal music that I love. I was introduced to Rolling Quartz by my drums teacher when I was in high school, that’s how I joined the band. 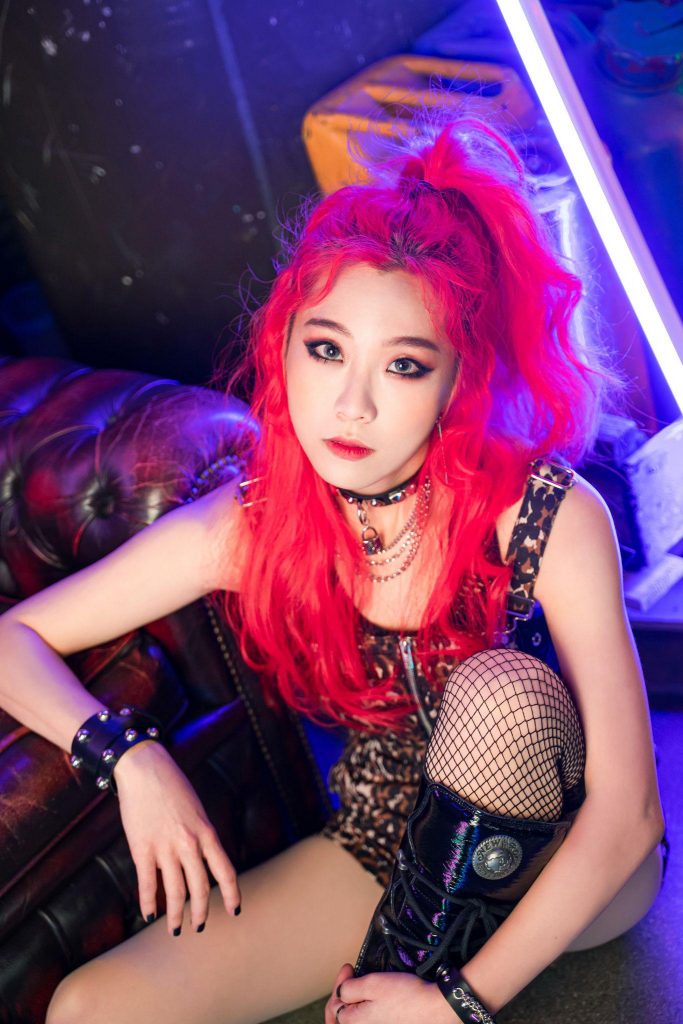 What do you think has changed the most since you had your debut?

Jayoung: So many people have shown their support and love for me, which had a big effect on my mindset. I also want to affect the fans in a positive way.

Iree: We now have more people who are viewing our online performances on YouTube live.

Hyunjung: My mindset has changed, I think.

Yeongeun: Thanks to the love and support from Diadem, I received the strength to do music. My mind and thoughts have also become more positive.

Name some of the musicians/artists that you respect the most, and why.

Iree: Crying Nut, who has their 26th anniversary this year! I’ve loved and respected the band since I was in high school. I love their explosive energy while performing.

Hyunjung: There are just too many…

Yeongeun: I love One Ok Rock, Bring Me The Horizon, Crossfaith and other metal and rock bands, the type of genre that I love and want to play. 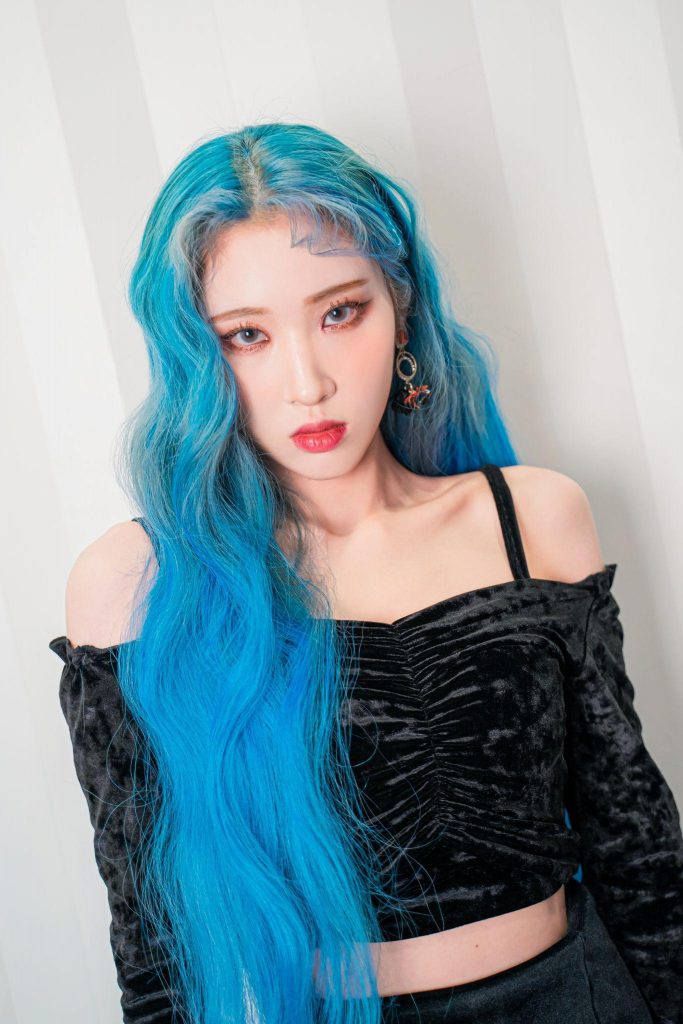 Which song do you enjoy the most to perform and play?

Areum: Blaze! It’s a song that I really like.

Yeongeun: I like our debut song, Blaze the most.

What is your most prized possession?

Jayoung: The comic books that I’ve been reading since I was a child.

Iree: I have a pink wallet with an ivory tassel that my grandma got me. Before that I carried around a really worn out one. My grandma passed away in January, earlier this year.

Hyunjung: I can’t think of anything right now.

Yeongeun: My phone that holds all my memories. 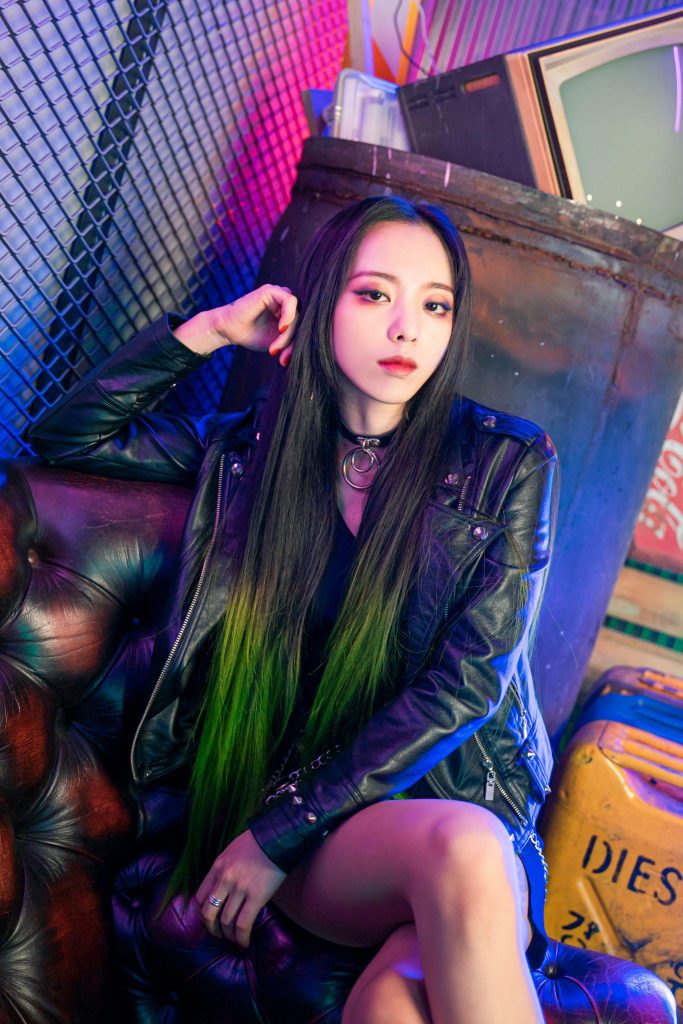 What do you enjoy during your spare time?

Jayoung: I read animations, work out and draw.

Hyunjung: I game, work out and read books.

Yeongeun: Diamond painting cross stitch, miniature craft and other types of crafts are fun to do while watching entertainment shows.

What is usually the first thing that you do when you get up in the morning, and how many hours do you approximately spend on practising daily?

Jayoung: I check my phone and start stretching. We don’t have a set amount of hours for practice. We continue practising until we get the sound that we’re satisfied with.

Iree: I sit down with all my cats and say good morning. I then start cleaning up the mess that the cats made during the previous night. We do practice every day but the hours of the schedule differ each day.

Hyunjung: I eat breakfast first. The hours of practice depends on the schedule.

Areum: I drink coffee first. We practice for about 2.3 hours a day, maybe?

Yeongeun: I prepare to head to the studio. We don’t really have a set amount of hours for practice but we spend time until we achieve what we’ve planned. We usually spend the whole day in the studio, where we eat and rest in between. 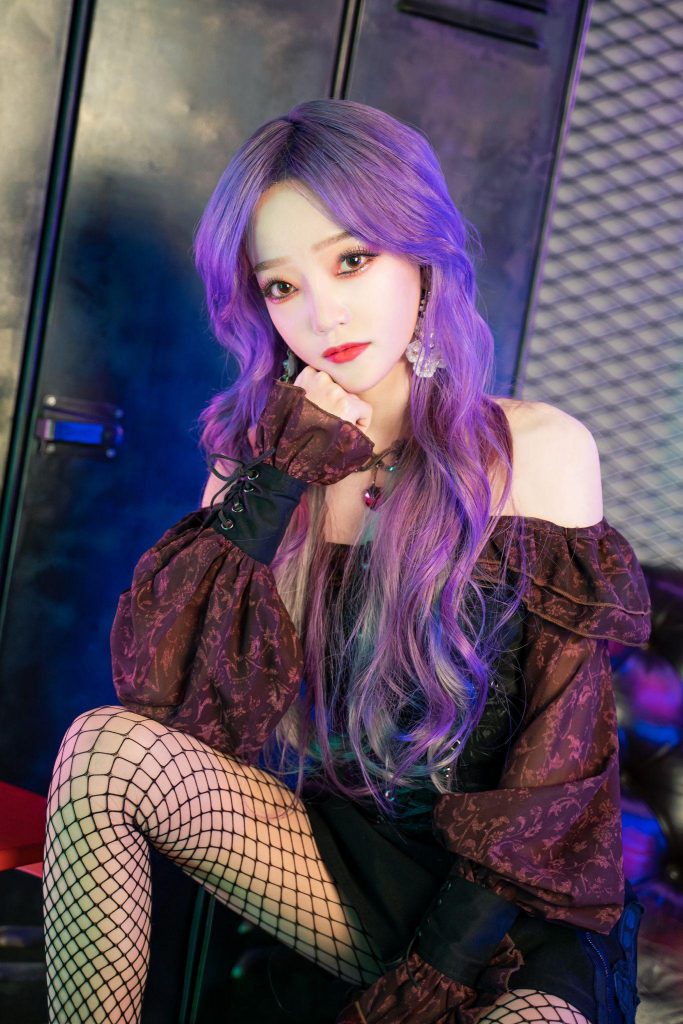 Rolling Quartz seems to be getting a lot of attention from all over the world, share with us any interesting stories that you’ve experienced while interacting with the fans.

Jayoung: I’m really into pictures and art, so when fans send me pictures they drew of me, I get so happy. ㅠㅠ

Iree: On Twitter, someone commented something in English that we couldn’t decipher. It looked like a code of some sort, so I tried to figure it out. Later, I was told it was just something typed randomly on the keyboard with no meaning…

Hyunjung: There have been some interesting comments made by the fans that I recall.

Yeongeun: People have drawn pictures of us and edited our photos so beautifully, which makes us uplifted every time.

What do you wish to be doing 5 years from now?

Jayoung: I want us to do a massive performance in venues like the Olympic Stadiums.

Hyunjung: I want to meet with Diadem and hang out with them.

Yeongeun: I wish all the Diadem around the world would unite in one space and be able to communicate with us.

We’d like to know your future plans and hopes and a nice comment or two for your fans would be appreciated as well.

Jayoung: We’ll be back with a new project very soon!!! Please stay fit and don’t get sick. Be happy!

Iree: We’re preparing to release a single album in late summer this year. I wish the coronavirus would die down, so we will be able to hold our concert.

Areum: A new album release is our goal. Thank you so much for making each day for us a happy one. I love you.

Yeongeun: We’re currently working on our next album, so please stay with us. We are so happy because of Diadem – we also hope they are happy because of us. We will repay you with better music and performances. Thank you. Love you. ♡ 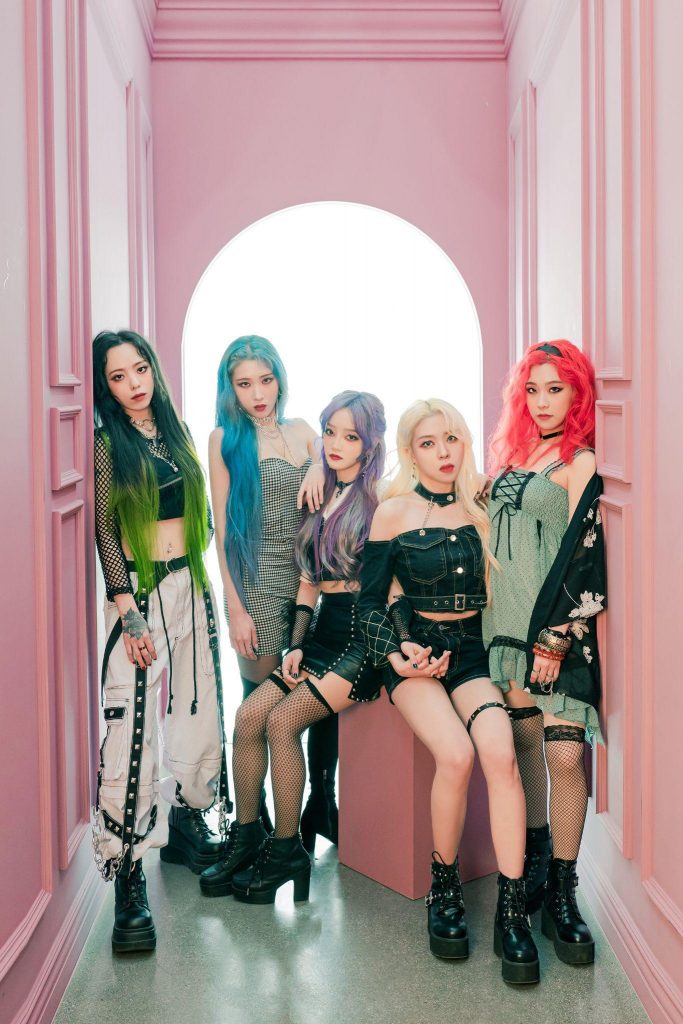