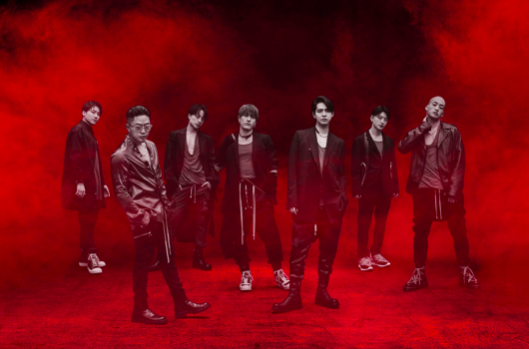 Japanese group GENERATIONS from EXILE TRIBE has released their new song, “Unchained World (Anime Size)” on September 2nd. The song was selected as the Ending theme of “Baki Hanma’, which will be exclusively streamed worldwide on Netflix from 30 September 2021. It is a song that is wrapped in lyrics that strongly portray the worldview of the animation with a sense of speed and a fierce feeling!

The original “Baki” series that was serialized in Akita Shoten’s “Weekly Shonen Champion” is about the youngest champion of the underground arena, Hanma Baki, and his father, who is called “the strongest creature on earth.” It is a popular fighting manga with a cumulative circulation of over 85 million copies, expressing the struggle of various fighters centered on a fierce death battle with Yujiro Hanma. The 30th anniversary project is also underway.

“Baki” The Most Deadly prisoner story arc from 2018 and The Centennial Tournament story arc from 2020 was broadcasted on Netflix and TV. Finally, the third part of the “Baki” series, “Baki Hanma” which depicts the two parents and children as they collide with each other with all their spirits and will be exclusively streamed worldwide on Netflix in the fall of 2021.
The members of GENERATIONS are also big fans of the series. Below are their comments regarding this song:

I’ve read all of the Baki series and I’ve been a big fan so I’m very happy that our song has been chosen as the ending theme, especially in this Oliva story arc! I remember being scared while reading it when Oliva came out because I don’t know whether there will be a guy that is strong enough to beat him! It’s my bible-like manga because I admired Baki so much that I started weight training myself! Inspired by Oliva’s nickname “Unchain”, the song is completely conscious of this anime!!! This expresses the place where Baki fights and the momentum of the character who gave his life, so I hope to convey this to a lot of people!!!!

I am very honored to be involved in the popular anime “Baki Hanma” as an ending theme.
I hope this song will give people who didn’t know GENERATIONS previously a chance to learn about our songs and performances. The song is a very powerful song that is close to the worldview of the source material. I was so impressed that I went to the recording quite fired up so as not to lose the power.

I was really surprised because I never thought that my song would be used for the ending theme of Baki Hanma, which is my favorite anime work, but I am very happy!
I hope that this song can make this anime more amazing and make people who listen to this song go beyond their limits!

When I heard that this was decided, I was so surprised that I thought it was a lie!
I’ve known Baki ever since I was little, and I’m full of joy to be involved in the work I’m reading and wish I could go back and tell my younger self about it!

The title of this song and the keywords of the lyrics come from Mr. Unchain, Olivia, in the anime. When I listen to the completed song and when the performance was completed, releasing this song in the present world where there are many regulations and restrictions, I imagine the joy of being released from this state and the vitality that springs from your heart. I want the song to be something that can be a pillar of support for everyone who is fighting now!

I still can’t believe that it will be used as the ending theme for the popular manga anime work, it’s a strange feeling! The worldview of the work, which is to push forward powerfully, is linked to the taste and lyrics of the song, so I hope that even in the performance of GENERATIONS, I can express and transmit these feelings while being close to the world view of the work!

■ Mandy Sekiguchi
When I first heard about this, I was really happy to be honest! It’s strange to be involved in a work that I’ve known since I was a kid, but the song is perfect for the worldview of “Baki Hanma”, so I hope it will reach people all over the world in conjunction with the series. I noticed that many of the ending themes of past “Baki Hanma” works had a rock taste. We made this song with a sense of putting a rock feel through the GENERATIONS filter and created a new genre.

I am very happy and honored to be able to do the ending theme of my favorite anime! I’m excited that our songs will be used in the anime I’ve been watching. I was able to make another dream come true! There are many lyrics that depict the world of “Baki Hanma”, and the performance is reminiscent of anime, so please look forward to it! 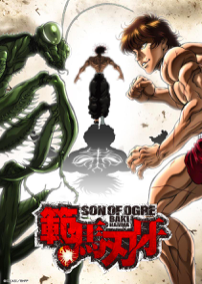 They debuted in November 2012 with “BRAVE IT OUT”. Since their debut, all the singles have entered the top 10 of the Oricon chart, and the album has won the first place for three consecutive works. The 3rd single “Love You More” was used in the Samantha Thavasa commercial song, and has been played on YouTube more than 20 million times.
The 9th single “Hard Knock Days” was the opening theme of the anime “ONE PIECE”, and the 12th single “Tears” was a big hit that won the 1st place on the Oricon chart while being a non-tie-up song. They performed a hall tour in 2015, and an arena tour in 2016 and 2017. In addition, they also did a world tour in 2015 and 2017, and the first dome tour was held in 2018. In 2019, the group’s first nationwide five-large dome tour “GENERATIONS LIVE TOUR 2019“ Shonen Chronicle ”” was held and attracted more than 460,000 fans.

At the end of the year, they made their long-awaited participation in the group’s first “NHK Red Song Battle” and it has been decided to participate for the second consecutive year as well.
Currently, they are a regular at the radio “GENERATIONS GENETALK” (JFN 29 station net) that has been broadcasted since 2013, and ABEMA “GENERATIONS High School TV” that has been broadcast since 2017. On February 10, 2021, the new single “Ame nochi Hare”, which is the theme song of the TV Asahi Saturday night drama “Mokomi: Kanojo Chotto Hendakedo” was released. On July 14th, the original album “Up & Down” was released for the first time in about 1 year and 8 months.