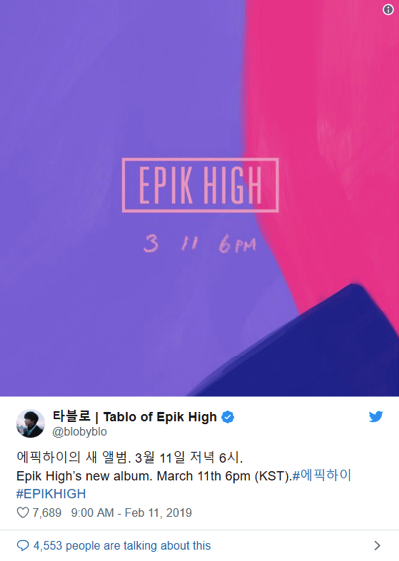 EPIK HIGH will be making their long-awaited comeback March 11, 2019. Leader Tablo announced the comeback on his official Twitter.

The new album will be EPIK HIGH’s first album since leaving YG Entertainment in 2018 and their first album since We’ve Done Something Wonderful in 2017. They were with YG Entertainment for six years. During their tenure at YG, they released the 99, Shoebox, and We’ve Done Something Wonderful albums. Tablo also released his solo album, Fever’s End.

The album will be EPIK HIGH’s 10th album in the group’s 16-year history. While details have not been released yet, teasers are expected in the coming days. 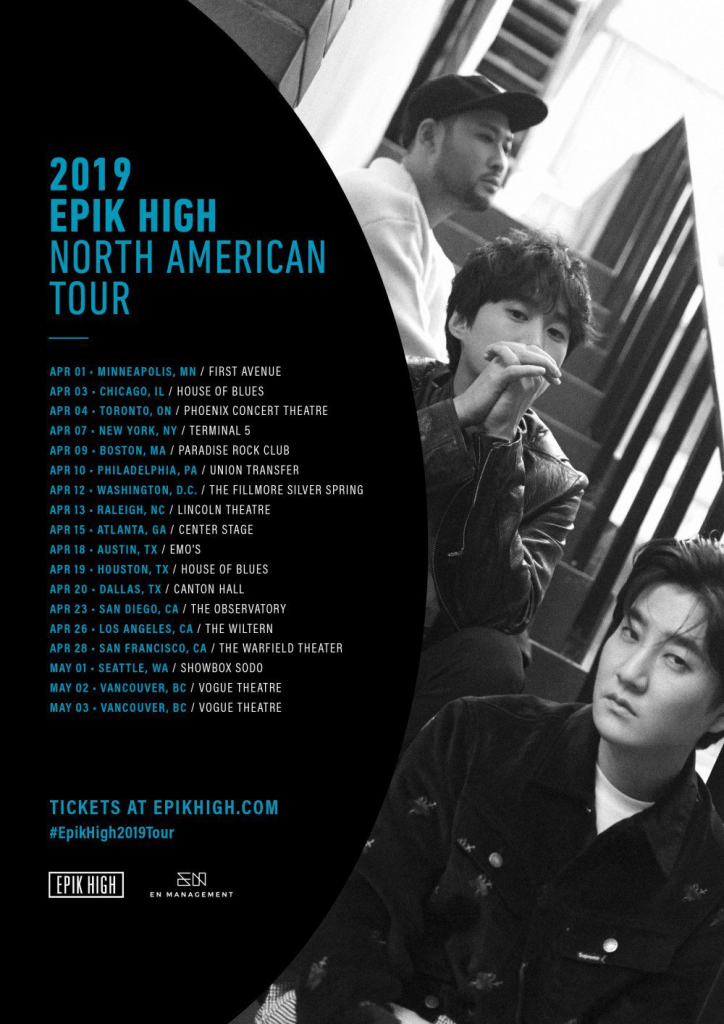 Meanwhile, EPIK HIGH will be touring Europe and North America after the album’s release. The tour begins March 13 and ends March 20. Snag your tickets (click links below) to one of their following shows!

Tickets for the North American tour are available on EPIK HIGH’s official website.