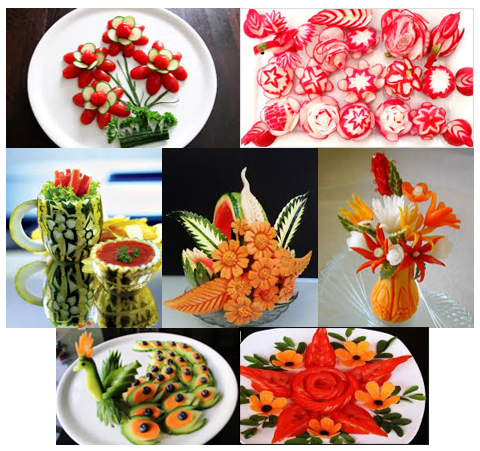 Vegetable carving is concurred to originate from Asia with the dispute being the exact country amongst China, Thailand and Japan. Some of the world’s most eminent vegetable carvings include Mukimono from Japan and Thaeng.yuak from Thailand. Since the mid-20th century, the art of vegetable carving has proliferated in Asia and consumed the cuisine industry given the increased celebration of cooking as an art. Garnishing is another novel technique of an embellishing or decorating aspect used to finish up dishes before serving. Other than adding a decorative hue, garnishing can be used to add flavor–where in such a case, the garnishing ingredient’s taste ought to harmonize with the main dish. Garnish types range from leaves, flowers, fruits, roots, and vegetables among others. Vegetable garnish carving is a cutting-edge skill used to express art and beauty, among others. The most used vegetables in various garnish carvings in Asia include; cucumbers, carrots, radish, and tomatoes and broccoli. Below are some of the DIY vegetable garnish carvings to try out. 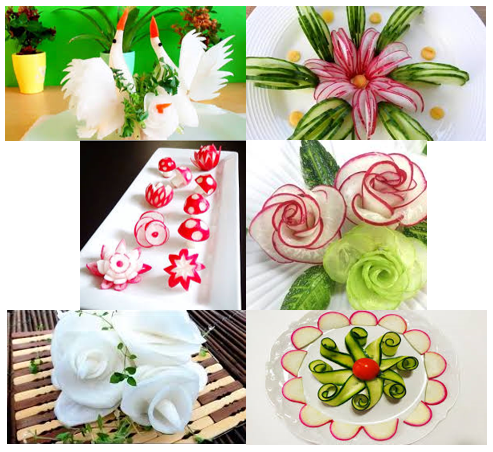 This vegetable can be eaten raw, grated into a topping (to counteract oiliness in some dishes, or cooked. A white radish’s bottom half is quite bitter and thus more preferable for cooking purposes. 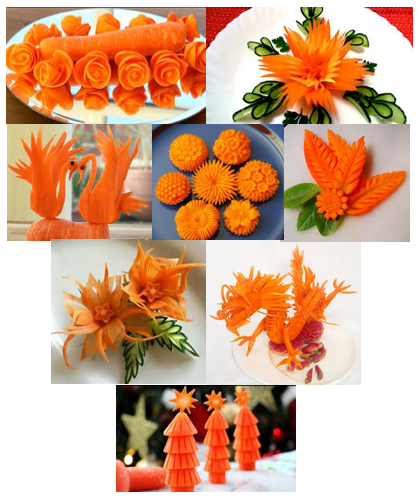 Apart from being enjoyed in salads, carrots are the most widely used vegetables in garnish purposes worldwide. This vegetable’s sturdy consistency and bright color, it is mostly use for embellishment purposes. 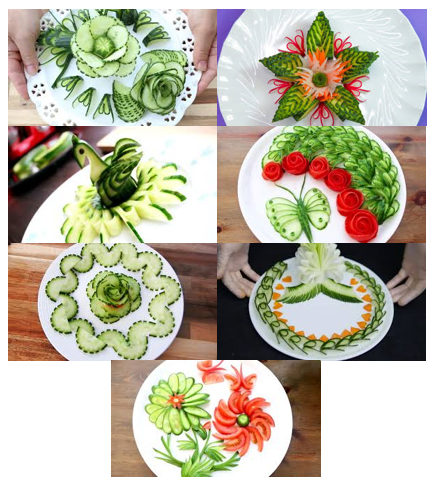 Compared to other cucumbers, the Asian ones are thinner and often eaten unpeeled. They are also often used as pickles, salads and garnishes. 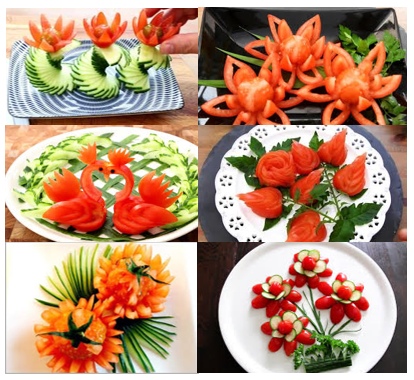 Compared to the western culture where tomatoes are preferred in cooking, the Asian peninsula fancies them more in their raw nature; either in salads or garnishes.

The broccoli is mostly enjoyed as a salad or when blenched, but its garnish purpose is on the rise with unique carving styles.