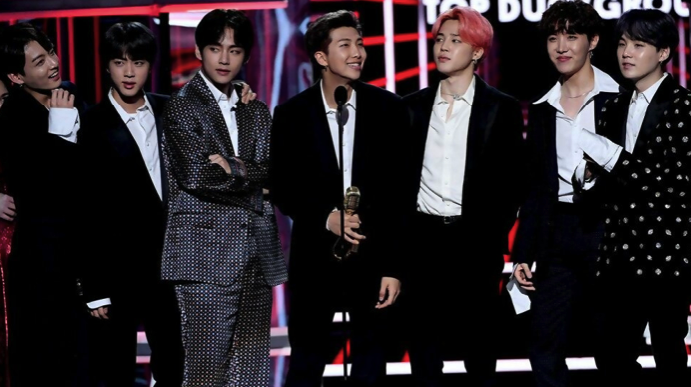 Congratulations are in order again for BTS, as they just snagged two awards at the 2019 Billboard Music Awards!

During the May 1, 2019, BTS scored the “Top Social Artist” award for the third consecutive year. This year, they were nominated alongside EXO, GOT7, Ariana Grande, and former One Direction member Louis Tomlinson.

You voted and the results are in! Congrats @BTS_twt, our #BBMAs Top Social Artist! pic.twitter.com/javTPx2ces

During their award speech, BTS thanked ARMY for helping them achieve the award.

In addition to winning their two awards, BTS performed “Boy with Luv” with Halsey.

Congratulations again to BTS on their wins!