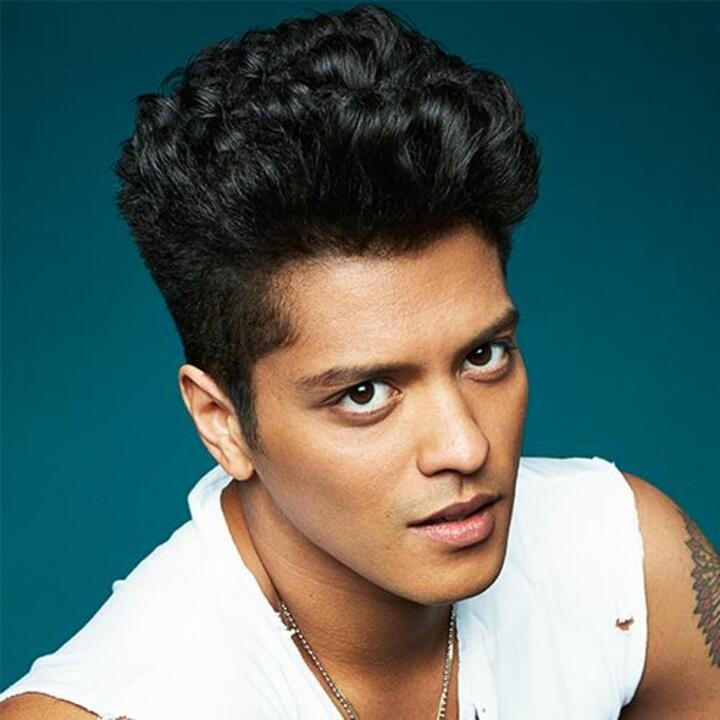 During his time in the music industry, Bruno Mars has stated that record executives “had trouble categorizing him” because of his mixed-race background. He’s even been accused of cultural appropriation due to his racial ambiguity, though several celebrities have called the allegations bogus.

Despite his struggles in the industry, Bruno Mars has become one of the most recognized singers over the past decade. With songs like “Just the Way You Are,” “Grenade,” “Locked Out of Heaven,” and “Uptown Funk” among others, Bruno Mars is a certified hit-maker! 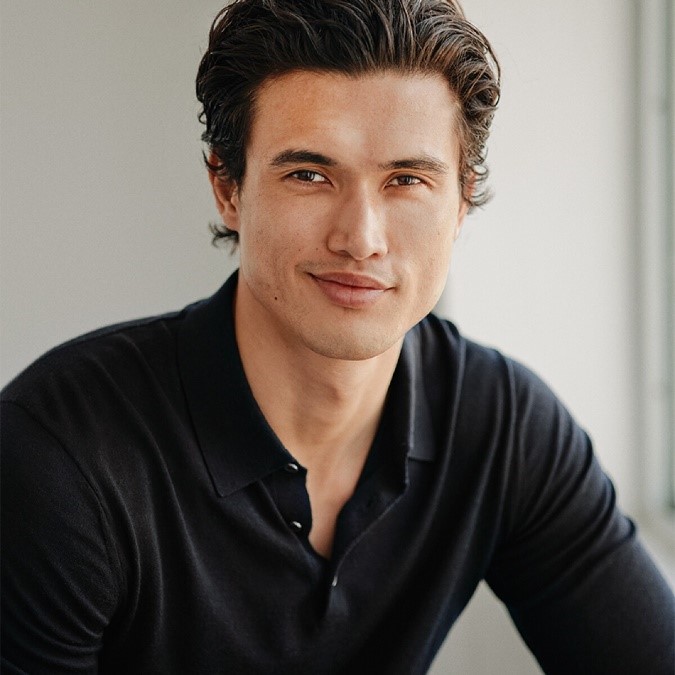 Riverdale actor Charles Melton is of Korean and English descent. Melton grew up in both the United States and South Korea. The model-turned-actor is the first Korean-American/Asian-American actor to lead a teen romance film by a major Hollywood studio when he starred in The Sun is Also a Star. 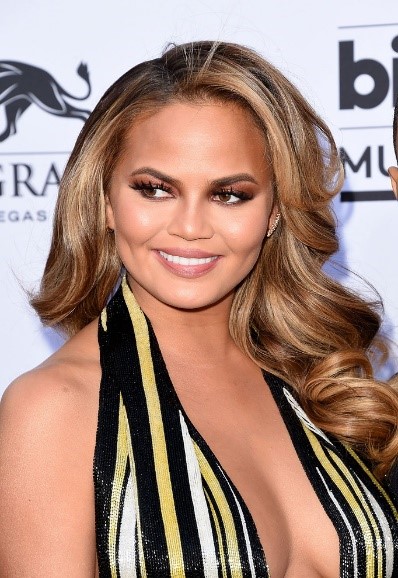 Model and TV personality Chrissy Teigen is of Thai and Norwegian heritage. Teigen, who is married to John Legend and a mother to two children, began her modeling career with the clothing company Billabong. She’s also modeled for Sports Illustrated prior to morphing into a television personality and an oft-controversial figure.

Teigen is also a cookbook author, having two cookbooks published that went on to be New York Times best-sellers. In 2019, Times Magazine named her as one of the top influential people in the world. 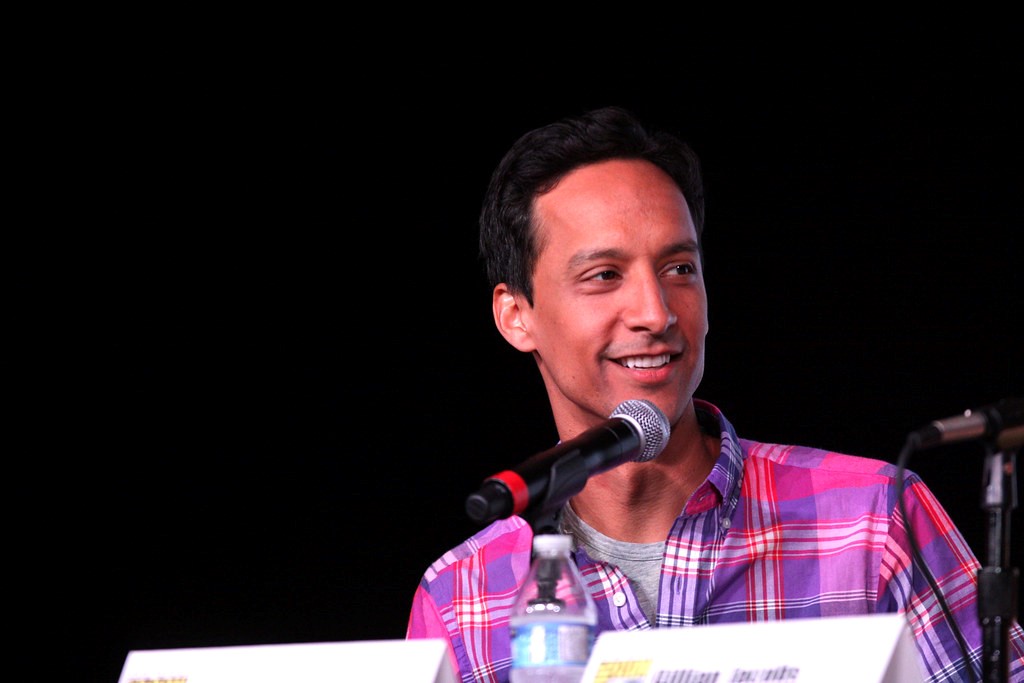 Best known for his role as Abed Nadir in the TV show Community, Danny Pudi is Indian and Polish. The three-time Critics’ Choice nominee grew up in Chicago where he attended Notre Dame College Prep in Niles, Illinois. Growing up, Pudi spoke Polish to his mother and grandmother; he also took Polish dance lessons. He is a Marquette University graduate with a degree in communications and theatre. While attending Marquette University, Pudi was the first recipient of the Chris Farley Scholarship which opened the door to him performing improv and studying at Chicago’s Second City.

Besides being known for his role in Community, Pudi also stars as Brad Bakshi in Mystic Quest and voices Huey in the 2017-2021 Ducktales reboot. 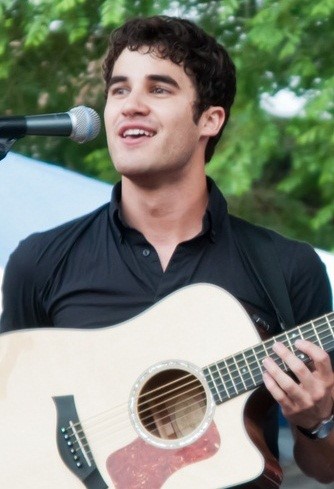 The Glee alum has an impressive acting and Broadway resume, but many will remember Criss as Harry Potter in A Very Potter Musical, A StarKid Production musical; Criss is a founding member and co-owner of StarKid.

Criss is an Emmy and Golden Globe winner for his role as spree killer Andrew Cunanan in 2018’s The Assassination of Gianni Versace: American Crime Story. On Broadway, Criss replaced Daniel Radcliffe as J. Pierrepont Finch in How to Succeed in Business Without Really Trying. During his three-week stint, Criss’ appearance helped the show turn in three of its most lucrative weeks. Impressive for his Broadway debut! 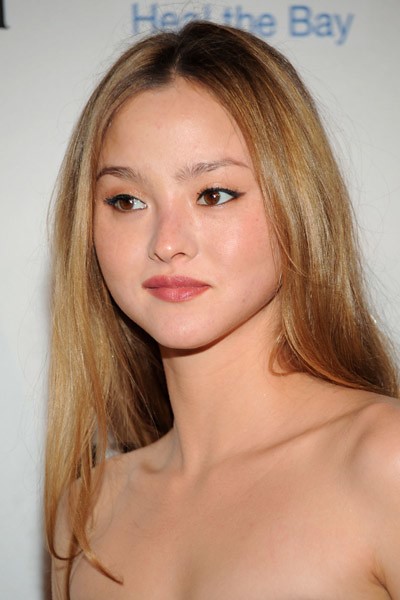 Aoki made her modeling debut in 1997. She’s walked the runway for Chanel, Oscar de la Renta, and Comme des Garçons. In 1998, she was the face of Versace. She’s also appeared in ad campaigns for Tiffany & Co., Baby Phat, and Marc Jacobs among others.

In 2009, Aoki retired from acting to focus on motherhood. She and husband James Bailey share three daughters and one son.

Aoki is the daughter of Hiroaki “Rocky” Aoki, the founder of Benihana restaurant and Genesis Magazine. She is also the aunt of model and singer-songwriter Yumi Nu. 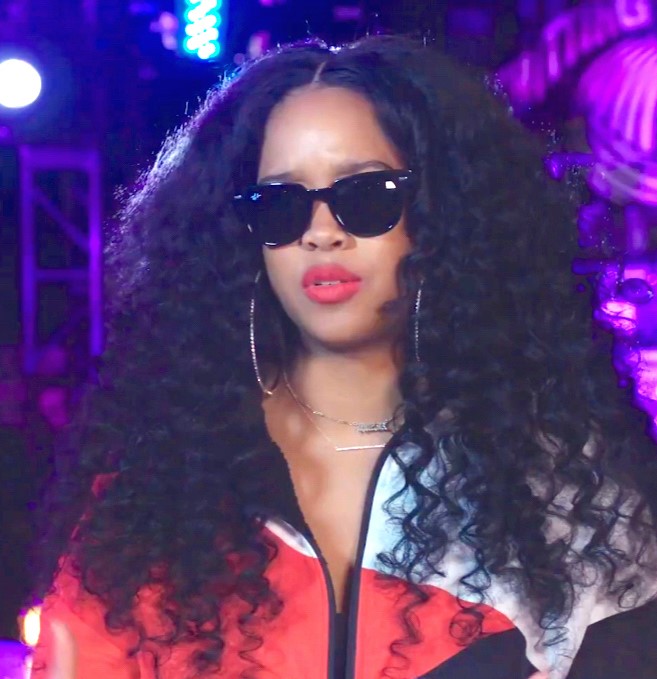 In 2021, it was announced H.E.R would make her feature film debut in the upcoming adaptation of The Color Purple. She is slated to play Squeak. 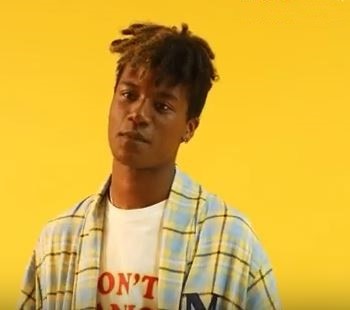 In 2017, Time Magazine named Han Hyun-Min as one of the magazine’s top 30 most influential teens.

Han, who is of Nigerian and South Korean descent, is the first Korean model of African descent to appear on South Korean and international catwalks. A modeling agency discovered Han on his Instagram when he was 15-years old. Following a meeting at a coffee shop, Han was signed on-the-spot and quickly became one of the modeling world’s most in-demand models… but that doesn’t mean he didn’t face racism along the way as his career blossomed. He hopes to someday become a model in Japan. 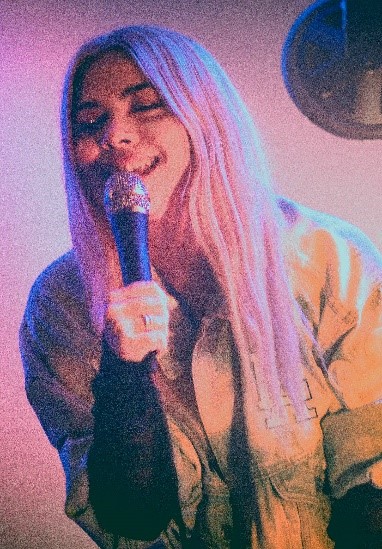 As a singer, Kiyoko was a founding member of the American pop group The Stunners. Kiyoko, who identifies as a lesbian, uses her music to tell her story about coming to terms with her orientation. Through her music, she hopes to inspire others who struggle with their sexual identities.

“I think it’s just important for people to lead by example,” Kiyoko told Billboard in 2018. “My motto is to help people love themselves sooner. I can’t teach them how to do that. They have to figure that out on their own — that’s their journey.” 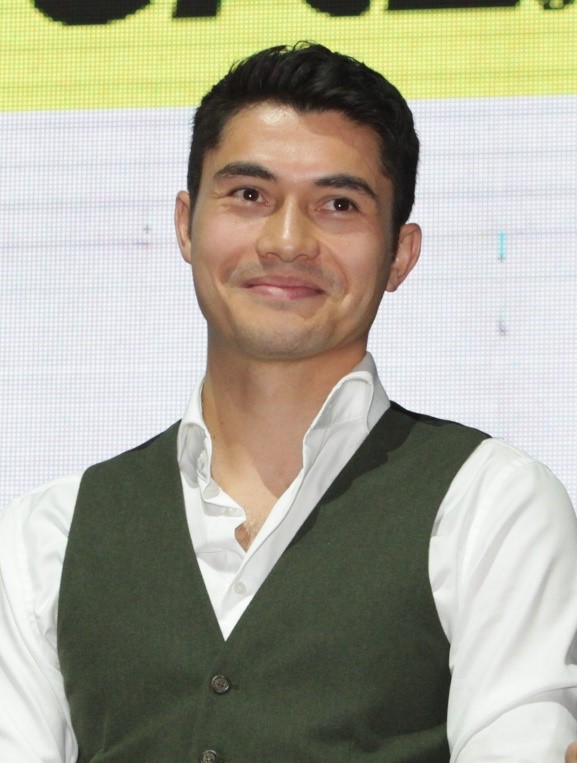 Malaysian-British actor, TV host, and model Henry Golding had quite the journey before his starring role in Crazy Rich Asians made him a recognizable face!

Born in Sarawak, Malaysia, Golding’s mother is a native-born Sarawakian of indigenous Iban Dayak ancestry. Golding’s father is British. Golding moved to England when he was eight-years old before moving to Kuala Lumpur to pursue acting. Prior to heading back to Malaysia where he was TV host for The 8TV Quickie, Football Crazy, and The Travel Show, Golding worked as a hairdresser in London.

In 2017, Golding won the role of Crazy Rich Asian’s leading man, Nick, following a casting call. His charm and personality caught Jon M. Chu’s eyes after his accountant brought him to his attention. As the cliché goes, the rest is history!

In 2016, Golding married Taiwanese TV presenter Liv Lo. Prior to their marriage, Golding had to complete a bejalai—an Iban rite of passage into manhood—as part of his Iban Dayak’s ancestry’s culture. He spent two months in the Borneo wilderness. He filmed his experience for the documentary Surviving Borneo which aired on Discovery Channel Asia.

Golding has several projects in the works coming out in 2022 and 2023. In 2021, he and his wife Liv welcomed their first child. 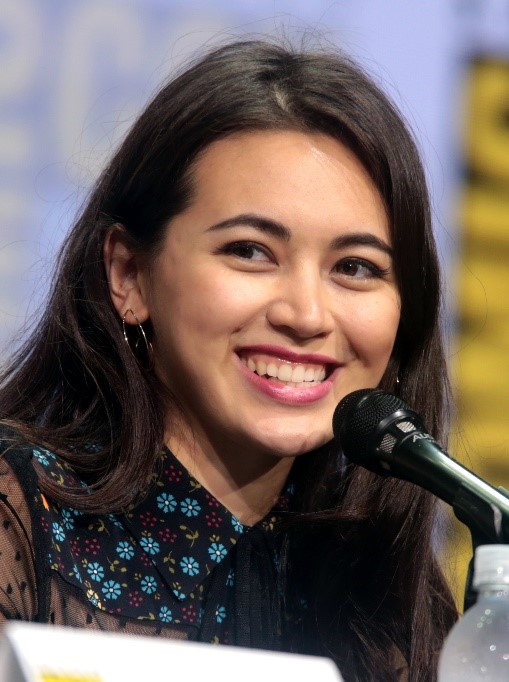 Chinese-Singaporean and Zambian actress Jessica Henwick has had her hand in some of pop culture’s biggest shows and movies!

In 2009, Henwick became the first actress of East Asian descent to have a lead role in a British television series when she landed the role of Bo in Spirit Warriors.

From 2015-2017, Henwick had a recurring role as Nymeria Sand in Game of Thrones. From 2017-2018, she played a main role in Iron Fist, The Defenders, and Luke Cage as Colleen Wing. She also appeared as Jessika “Testor” Pava in Star Wars: The Force Awakens and Bugs in Matrix Resurrection, the latter of which earned her Best Supporting Actress nominations by Gold House and CAPE. 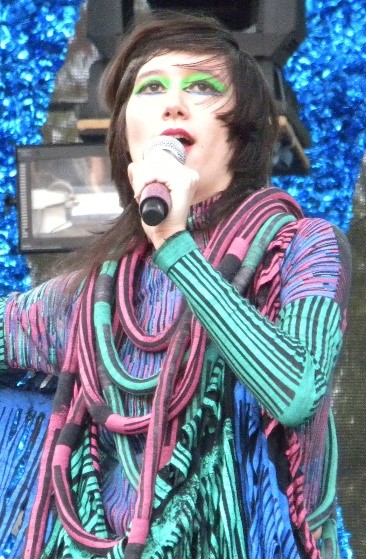 Karen O is the lead singer of the American rock band Yeah Yeah Yeahs. While she was born in Busan, South Korea, she grew up in New Jersey. In addition to being the lead singer for the Yeah Yeah Yeahs, she’s also an accomplished soloist who’s collaborated with Willie Nelson, The Flaming Lips, Ol’ Dirty Bastard, and Trent Reznor among others. 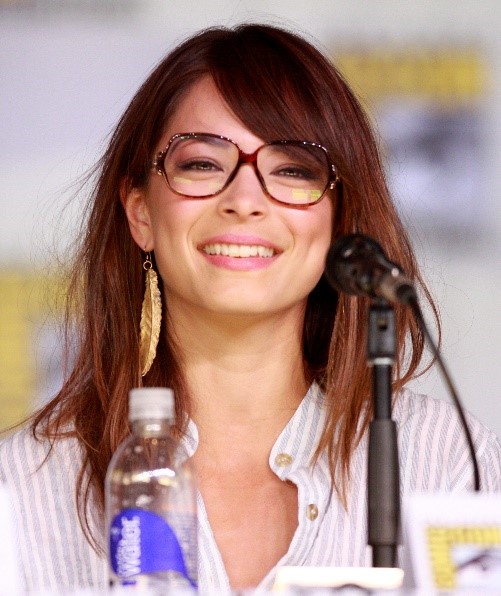 Perhaps best known for her role as Lana Lang in Smallville, Canadian-born actress Kristin Kreuk’s background is Chinese and Dutch.

Kreuk began acting in 2000 when a casting director contacted her for a role in the Canadian soap opera Edgemont.  From Edgemont, Kreuk snagged the lead role in Snow White: Fairest of Them All for ABC. After Snow White wrapped, Kruek, who was also still acting in Edgemont, landed the role as Smallville’s Lana.

Since Smallville, Kruek has appeared in the revival of the TV series Beauty and the Beast and Burden of Truth. She also works behind the camera as a producer.

Kreuk also had ties to NXIVM, a cult and multi-leveling marketing group. Kreuk left NXIVM in 2013. Initially, she believed it was a “self help group,” and didn’t see any wrongdoings during her time with the organization. Meanwhile, Smallville co-star Allison Mack (Chloe Sullivan) was arrested and charged due to illegal activities with the organization including sex-trafficking, racketeering, and forced labor. Mack is serving prison time for racketeering and racketeering conspiracy. 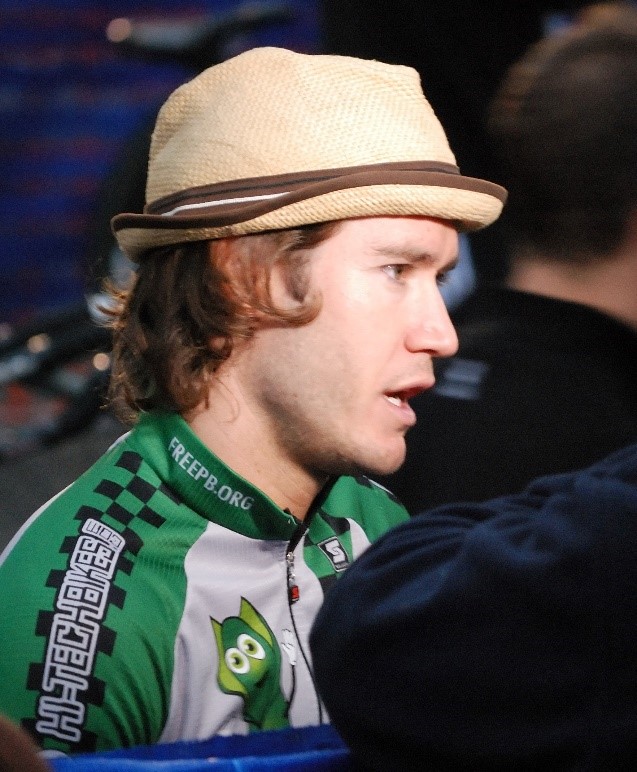 Best known as Saved by the Bell’s Zach Morris, Mark-Paul Gosselaar is Dutch and Indonesian.

“I was arguably America’s favorite white boy at one point,” Gosselaar told Newsweek in 2019 when asked about his own interracial experiences growing up. “…[It’s] like, ‘Wait, that guy is mixed?’ It’s one of those things that because of the way I looked I didn’t have to deal with it. It’s a conversation I have had and I do have with my kids because they are—as well—mixed.”

Gosselaar, who has been an active actor since 1986, has appeared in Mixed-ish, Hyperion Bay, NYPD Blue, and in the Saved by the Bell spin-offs and recent revival.

In addition to acting, Gosselaar is also a race car driver, cyclist, and pilot. 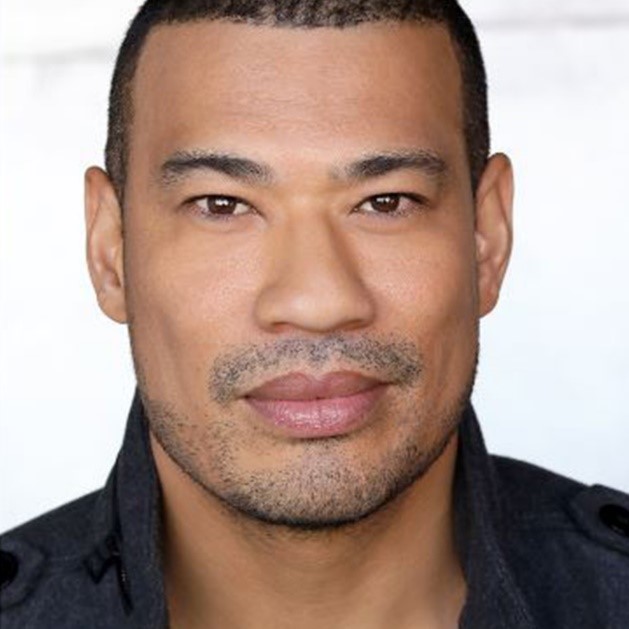 Michael Yo has a black and Korean background.

The actor, stand-up comedian, and former host of The Insider has a solid résumé! In addition to his stand-up routine Blasian, Yo hosts the The Yo Show on Yahoo TV! and provides commentary on Showbiz Tonight. He’s also appeared on Chelsea Lately and America’s Got Talent.

Yo is married to Miss Wyoming USA 2010 winner Claire Schreiner. 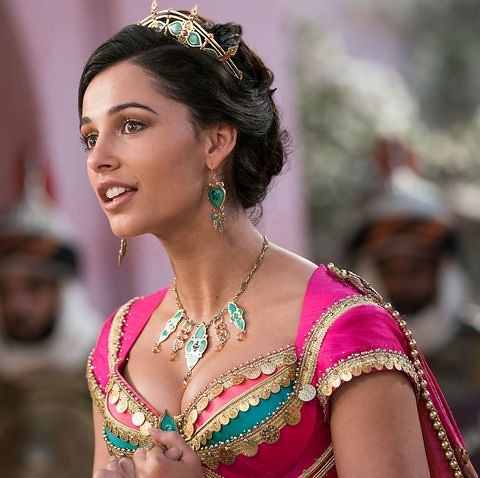 Many know Naomi Scott for her roles as Mo in Lemonade Mouth and Kimberly the Pink Ranger in 2017’s Power Rangers movie. The English-Indian actress and singer became a household name for Disney fans thanks to her role as Jasmine in 2019’s live-action adaption of Aladdin.

Scott’s been active as an actress and singer since 2008. She was originally discovered by British pop singer Kéllé Bryan, which helped open many doors for Scott. Throughout her career, Scott’s work with British songwriters and producers Xenomania and appeared in the Disney UK’s series Life Bites. In addition to Power Rangers, Aladdin, and Lemonade Mouth, Scott also held roles in Charlie’s Angels (2019), Anatomy of a Scandal (2022), and 2022’s film Distant.

For her acting roles, Scott’s been nominated for Teen Choice, Saturn, and Shorty awards. In 2019, she won a Teen Choice Award for her role as Jasmine in Aladdin.

If there’s anyone we missed, stay tuned for part four! Of course, continue the discussion in the comments below!