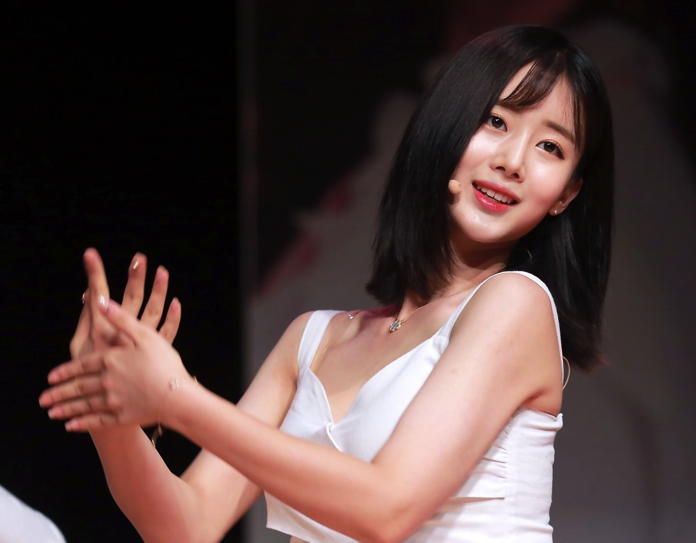 Berry Good’s Daye is the latest alleged perpetrator of bullying in a week that’s seen Hyolyn and Jannabi’s Yoo Young Hyun experiencing the same accusations (Yoo later admitted to the claims and departed his group).

In an online message on Nate Pann, Netizen A claimed the Daye (Kim Hyun Jung) assaulted and sexually harassed her while they were in the sixth grade together.

“I am a school violence victim of Kim Hyun Jung, currently active as Daye in Berry Good,” Netizen A wrote. “During that time, I was thirteen years old and in my sixth grade. It wasn’t just me that Kim Hyun Jung harassed and bullied but others as well. And it also wasn’t just in physical ways that she hurt people, but also but also sexually degrading language as well.”

Netizen A continued, “Just because of the fact that I was close with the guy that she liked, she first began to make me into an outcast. She tripped me, hit the back of my head and laughed during class, used a broom to brush through my hair, pulled my underwear and encouraged other male students to do the same, and even fondled my breasts.”

“We checked directly with Daye regarding the post that described her as school bully, and we found that it is not true at all,” the agency said. “We are going to take strong legal action against this anonymous post about Daye and school violence.”

“I don’t know in what mindset they are saying that ‘it’s completely false,’” Netizen A retorted. “If you can’t remember anything, I can explain more in thorough detail.” She also posted an image as proof she and Daye may have known each other.

Following JTG’s statement, Netizen A took her story to the May 31, 2019 episode Entertainment Weekly (begins at the 14:00 mark) and provided more details about the alleged bullying.

“In 2012 when I was 13 years old, Daye and 7 others surrounded me after calling me over. They even sneered after examining the photos my friends and I took together. My friends have also been cursed at by Daye for no reason,” Netizen A said.

I wanted to hide it and forget it, but I thought about it and got angry after seeing the headlines that Daye is going to take legal action after the first victim post. I really would like for her to apologize. Rather than come to a settlement and give me money, I’d like her to apologize and reflect,” Netizen A said about why she posted her allegations.

Another alleged victim also came forward with claims as well.

Daye, who is currently on hiatus due to health issues, released her own statement regarding Netizen A’s claims and the claims of the other alleged victim. In her statement, she denies the allegations.

Hello, this is Berry Good’s Daye.

Firstly, I’ve been searching several times each day for every malicious comment, article, reply, and post on Nate Pann written by those claiming to be a victim, and I read them and have thought a lot.

Above all, many people have been hurt by these incidents, including my family, friends, and those around me. It even made me wonder if I was a perpetrator worthy of evoking such serious criticism. So, because of my various thoughts, I wasn’t able to do anything or say anything.

I am writing this to quickly acknowledge what is true and to correct what is unfair and false.

In regards to the first person who claims to be a victim, I have never committed violence towards them, and I have never even joked with them to the point that they might feel sexual humiliation, as they said.

It’s true that at the time in the sixth grade, the person who claims to be a victim and I had a fight over something trivial. As I was angry about that, I went to their home to try to come to a solution about the incident, and I received an apology.

We even reconciled about this while we were in elementary school. Also, it wasn’t a case where I one-sidedly approached and tormented her; there was a clear context. Due to our conflict with each other we got in a verbal argument over something trivial. After this incident was resolved, I never one-sidedly tormented or was violent towards the person claiming to be a victim.

In a few posts, there are people saying that I transferred schools a lot, and that the reasons were that I was forced to transfer or that it was to clear my image. However, I can say that my student record is clean.

I frequently changed schools because we moved or because of my father’s work since the time I was in kindergarten, and while I was in high school, I transferred due to situations related to my life as a trainee such as the dorms and training.

The claims of the poster are to the level that there would have had to have been a committee held about school violence. And a part that raises doubt is why they didn’t come find me before and request an apology if they have so angry with me for 10 years, as they write in their post. I feel that what they truly want to achieve through criticizing me with others through this kind of post is not an apology for the pain they’ve experienced, but rather to just negatively affect my activities and bring pain.

As they wrote the post anonymously and hid their personal information, I have not been able to make any apologies or ask any questions. If they really desire an apology and want to straighten out the things they remember from elementary school, I respectfully request that they at any time send me a message and personally reveal their identity.

People have even gone to the personal social media accounts of people who have written posts for me to explain and protect me. They have uploaded screen captures and written ‘Even the friends of Kim Hyun Jung are low class’ and revealed their names, faces, and identities. I think the act of uploading this, and also of adding false information in posts based on one-sided memories and claiming they’re the truth, is undeniably another crime.

In regards to the second person who wrote an additional post claiming to be a victim, this is something I have a clear memory of as well.

To explain everything, my friend’s younger sibling was bullied severely by the person claiming to be a victim. They committed violence and also filmed offensive videos and threatened them by saying they would erase them in exchange for money. Their money was taken several times. The things the writer claimed in their post to have been a victim of are the exact things they did themselves.

It was an incident in which my close friends, who could not stand seeing their friend suffering so much psychologically, went together to retaliate in the same way in order to help their friend.

I wasn’t there when the violence happened, and I remember that there was a report filed about the incident so a committee on school violence was held. At the time, the people who committed violence each admitted to their mistakes and received strict punishments and disciplinary actions, and the incident came to a close.

I can say that I don’t even know the face of the person who wrote this, as I wasn’t there at the time, and my school record is also clean. Due to this post by someone who claims to be a one-sided victim, people around me who are working hard in their lives have had their identities exposed and family members are being hurt.

I will take strong legal action against posts written with the intention of causing harm instead of hoping for a sincere apology by publicizing things that have not been confirmed to be true. As for the people who are claiming to be victims, I said this above but I respectfully request that you share your contact information and personal information through a private message. Through a conversation, I will quickly acknowledge and apologize in regards to the parts that are to be apologized for. I express my apologies to the many people who were hurt through this, including my family, colleagues, the staff at my company, and members, as well as apologize for evoking criticism and causing concern.

I hope that there will be no further harm done through such use of societal pressure and a lack of going through legal procedures. Also, as I said above, if there is further damage, I plan to respond strongly through legal action.

The alleged victims have not responded to Daye’s comments publicly as of June 3, 2019.

Meanwhile, Berry Good recently came back with the single “Oh Oh” off their single album Fantastic. Promotions for the single were cut short due to Taeha’s departure and the company not being able to rearrange the music to allow for her absence.

As a reminder, all parties are innocent until proven guilty.