And the documentary movie about TriF Studio, the studio which originally created and produced “Mecha-Ude”, will be released! There are comments from the director and producer in the movie as well. 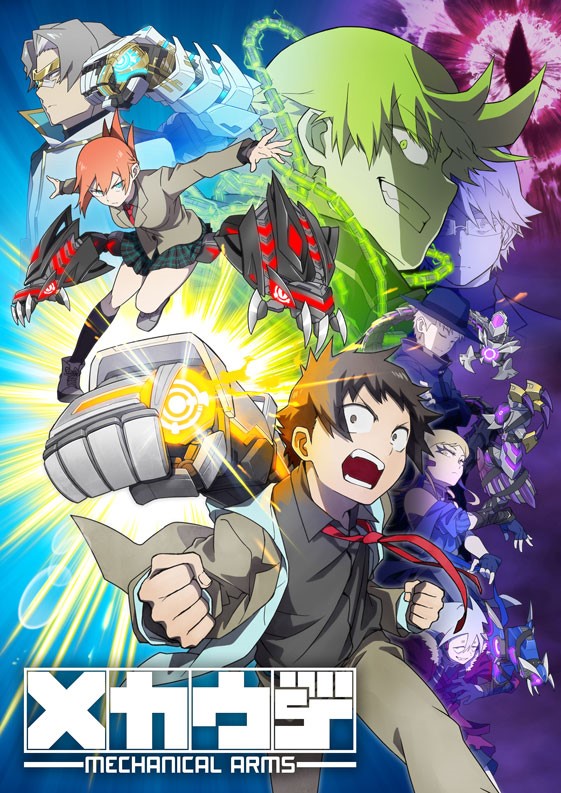 September 15th, an animation project called, “Mecha-Ude” was announced. The previewing version of the original animation, which was self-produced, gained great attention when it was released.

“Mecha-Ude” is an original animation which was created and directed by the animation creator Okamoto. Okamoto belongs to the animation studio called TriF Studio. TriF Studio is an up and coming animation production company in Japan which is based in the Fukuoka prefecture.

The story of the anime revolves around two youths. Hikaru has been enjoying his normal school days in middle school and Alma is a Mecha-Ude Wielder who can be activated when he is attached to human beings. There are exciting adventures and battles following the two of them in the story.

In the beginning the project, “Mecha-Ude” was established mainly by animator/ illustrator Okamoto and the creator group called TriF. TriF consists of students and volunteers in Fukuoka. Later, the project was funded successfully by the crowdfunding platform Kickstarter and CAMPFIRE. In 2018, about 25-minute episodes were made as a preview version and released for the anime’s supporters only. Finally, the official anime series of, “Mecha-Ude” was announced to be produced and it started all kinds of exciting projects around the anime.

There are comments from the director Okamoto, TriF Studio animation producer Shuichi Aso and producer Tetsuya Kinoshita from PONY CANYON. 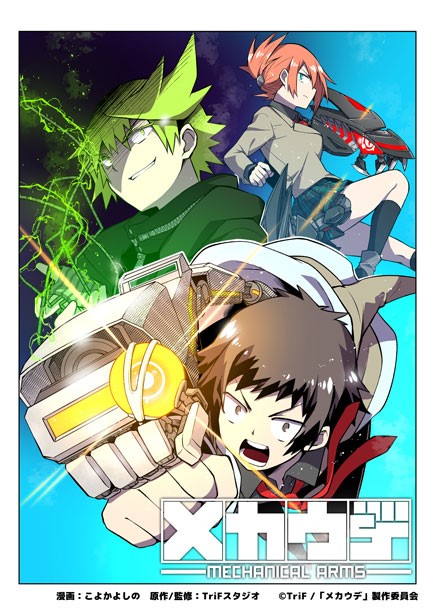 As one of the anime projects which is planned, a Comicalize work about the story of “Mecha-Ude ” was released as a preceding manga series on LINE Manga and ebookjapan. The series will be published every other week and TriF will create the story and supervise, and the illustration will be done by Yoshino Koyoka who has created the manga series “Aria the secret Ammo”. The illustration is detailed and also powerful and it will portray the world of “Mecha-Ude ” amazingly.

The Manga Series “Mecha-Ude” will be released for free from the very first release, which is today. The first 3 stories are all free and the 4th story can be purchased to watch, but it will also be free if you wait longer. We hope that many people will discover the world of “Mecha-Ude” and the adventures of Hikaru and Alma. 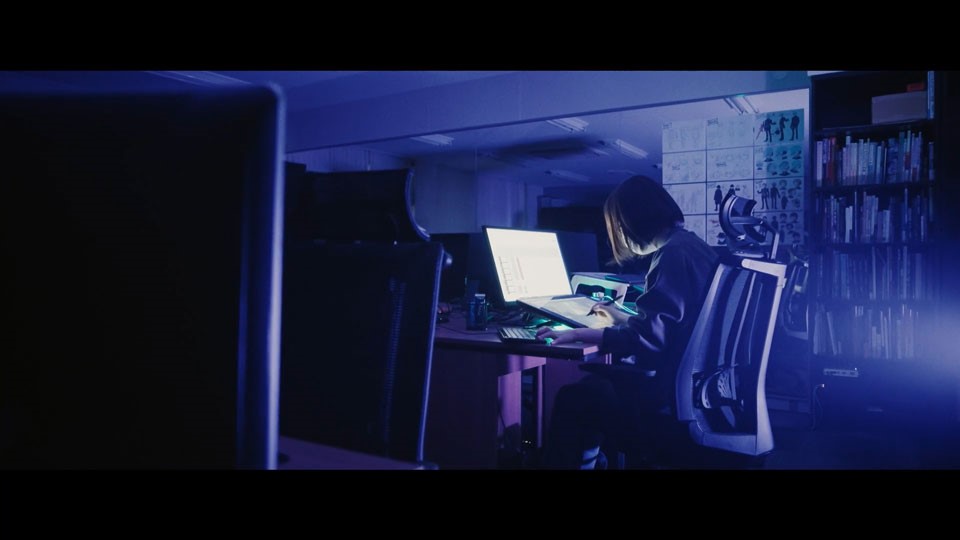 The promotion movie of the animation studio, called, “TriF Studio” in Fukuoka prefecture which has been creating “Mecha-Ude ‘, was released on the TriF Studio Official YouTube Channel. In the movie, there are many comments from the creator and every comment will allow people to find out the charm of the TriF Studio.

The comments are from an artist, “Eve’ who has created the theme song of the pilot version of the anime, and an artist Masayoshi Oishi who co-worked for creating the Music Video. Furthermore, there is a comment from Hiroshi Matsuyama from the company CyberConnect2 which is located in the Fukuoka prefecture. CyberConnect2 has been creating many legendary games and this firm was responsible for the supervision of “Mecha-Ude” over all. Terumi Nishii who is the key staff for the designing of the character, “Mecha-Ude,” and she was the main director for the anime illustration of “Jujutsu Kaisen,” which she also commented on.

Who is the director Okamoto who creates animation with the TriF Studio? The average age of the employees at TriF Studio is 25 years old and it is amazingly young for the animation firms in Japan. What is TriF Studio planning for the future? It is the first attempt to release the official animation series. Why have they been challenged from Fukuoka?

The whole picture of TriF Studio, which is creating a totally new era of the anime, will be revealed.

We hope that people will find out the secret and message from the firm and also know more about the anime project “Mecha-Ude”.

With so many people who have supported us through crowdfunding and who have been encouraging us tremendously to allow us to create the beginning, middle and ending of the stories of the characters from the pilot version. There are new characters including other Mecha-Ude and Mecha-Ude users. I am so happy that the world of “Mecha-Ude” is growing rapidly and is something I personally want to see more! I am eager to share this anime with everyone as fast as I can. Please enjoy it!

The illustrator and animator Okamoto is one of very few rare and real talents. I will never forget the illustration on a sheet of paper one day when we were eating Udon noodles at lunch break. Everything started from that day and the independent animation, “Mecha-Ude” was announced to be created as a series anime. Finally! Finally! This is all owed to the people who have believed in the possibility of “Mecha-Ude” from our first pilot production. Now we, all members of TriF Studio, have been working hard to create this anime by director Okamoto. So, we can now share Okamoto’s amazing world and story with you! Please enjoy it!

I was invited to join the project “Mecha-Ude”. After I watched the pilot version, I really wished to see more of it. Every time I heard the story of “Mecha-Ude” from Okamoto, I wanted to see and know more about the world of “Mecha-Ude”. The story of this anime is literally about mechanical arms. Let’s enjoy watching it together! I hope you will love it!