Home › Review It - Rate It › A Review of Blackpink: The Movie 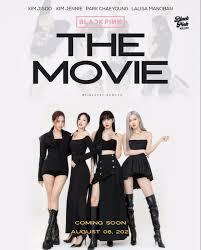 The movie is a sum up of the girl group Blackpink’s first 5 years in the K-Pop entertainment industry. The 100 minutes film illustrates the members’ professional growth as a band. It reflects the half-decade long friendship with the spotlight being their live performances. The all-inclusive film comprises of the band’s first ever live concert in Seoul to the latest online event in January 2021 owing to the Covid-19 pandemic. The journey is further demonstrated from their training scenes; before their debut under Blackpink, through their year to year hit songs, to the recent online concert. 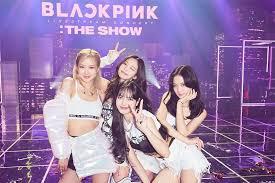 Throughout the movie, diverse facets of Blackpink are displayed which further illuminates and emphasis on the meaning of the band’s name. The “black” and “pink” nature of the group is highlighted and expressed through their lyrical rhythms, choreography and fashion statements. The softer ballads portray Blackpink’s pink side while the funky dark fashion statements depict the band’s black side. The group’s black and pink mixture beautifully blends with the band members’ fashion styles and vocal, which are diverse but harmoniously blended into explosive masterpiece performances and tracks. As each member shares their personal thoughts on matters Blackpink, the views are presented in a manner that they effortlessly blend expressing the members’ strong bond and the band’s fandom, Blink. 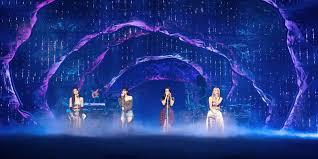 The movie engages the viewer from the very beginning through personal encounters with the band members through their rise to fame journey. As the film progresses, the scenes showcases the band’s growth in friendship and career, which gradually intensifies the viewer’s interest. The band members’ sentimental statements in between the series of performance clips births a sense of belongingness in viewers. The overall growth and success as a result of the demonstrated Blackpink’s efforts and sacrifices further fashions a sense of pride and affection towards the group, increasing their fan base. Overall, the movie reflects the birth of Blackpink, its reason for existence as well as its purpose, vision and mission in the K-Pop and global entertainment industry. Moreover, the showcased international performances displays the group’s multi-cultural perspective harmonizing individuals of differing viewpoints under the oneness umbrella. To women, the movie is a symbol of girl power and to the Asian peninsula, an emblem of freedom through embracement of cultural globalization. 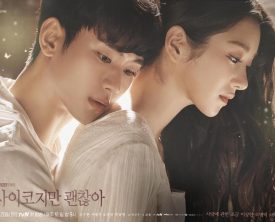 It’s Okay Not To Be Okay 100% lived up to the hype. In fact, it was better than I thought it was going to be! Dealing with deep topics such as mental... Read More