A phantom desert island in Hokkaido, Yururi island, has only been inhabited by horses. The English website documenting Yururi island by the photographer Atsushi Okada has now been released!! 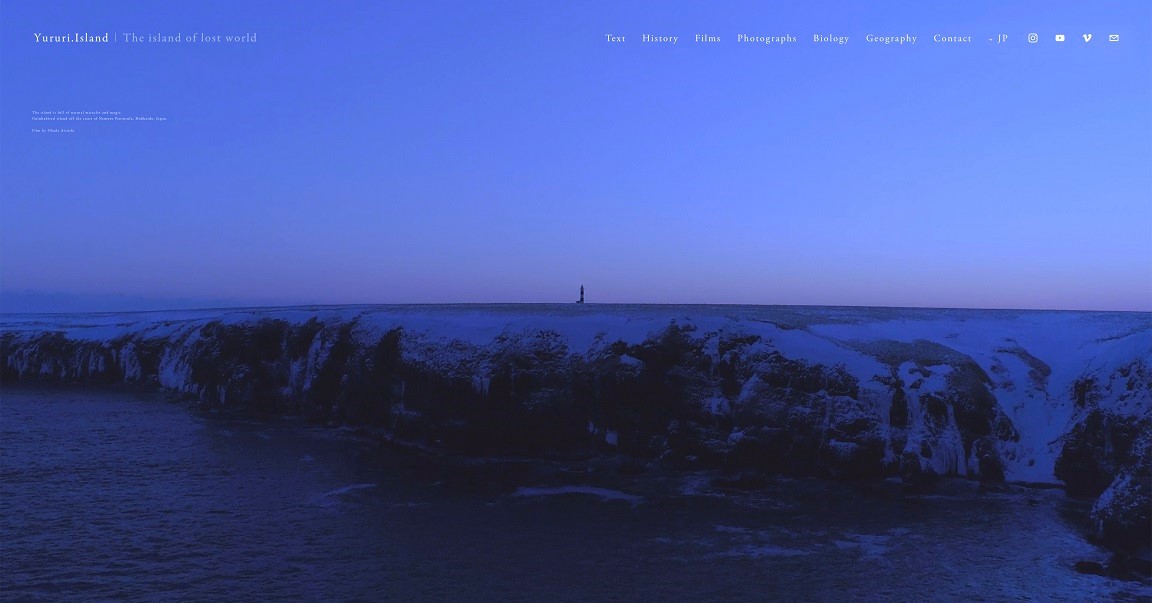 Shrouded by fog, there lies a phantom, remote island in the ocean inhabited only by horses…

The island, which might seem as though it has emerged from a fairy tale, actually exists in modern day Japan.

The name of this island is Yururi. This tiny desert island is situated off the coast of Nemuro in Hokkaido, which is the easternmost point of mainland Japan.

Japan is well known to be a far east country – Yururi island is even further on, the furthest east end mainland Japan. The island is a breeding ground for northern seabirds so people have been strictly restricted from getting on the island. 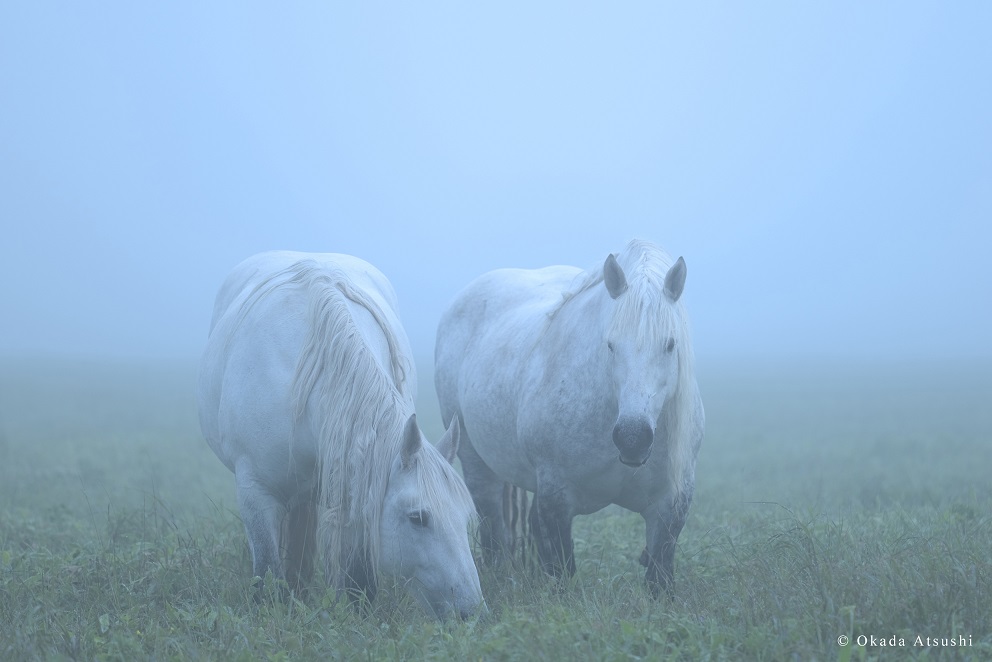 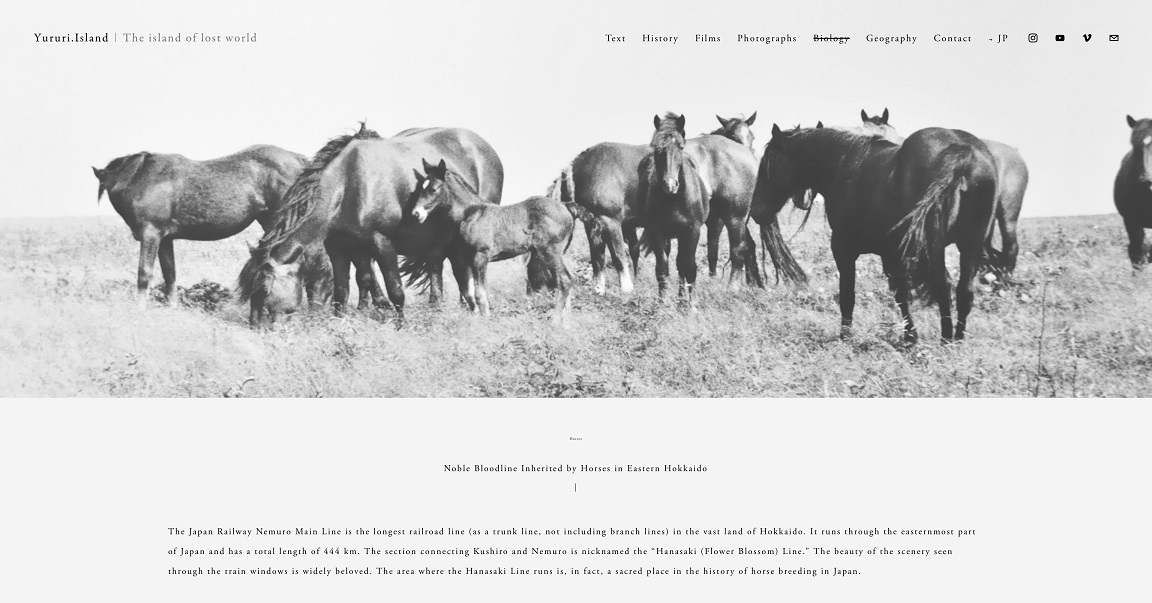 On top of the fact that the island is so remote, the restrictions to get into the island also kept media forces away. So, the island’s real image has been a mystery for a long time. The horses on Yururi island originate from western countries, including the Percheron horse from France. Not many people know about this very interesting fact.

Photographer Atsushi Okada is a winner of the Kimura Ihei Award for Photography, which is one of the most prestigious awards for photography. He got special permission from Nemuro city, which Yururi island belongs to, and has been taking photos of Yururi island for more than 10 years. Photographing the scenery of Yururi island is a lifework for him. 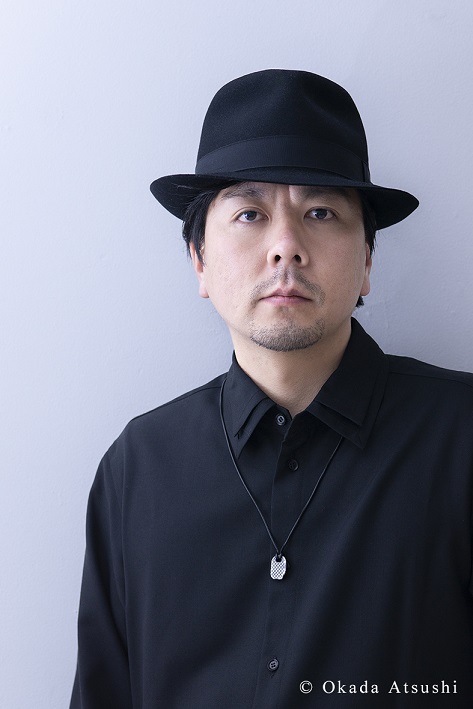 He set up the website for Yururi island in December 2021. He has now released the photographs he has been taking of the island. In addition to the photographs, he has put interesting information about the island on this website. As a result, the website has gained great interest from people all over Japan.

The website is going to be turned into a book which will be published in 2023. There will also be an exhibition at the public art museum which will be held in 2023 as well.

The great reaction from people has led to Mr. Okada and the association called, “Consider the Nemuro-Ochiishi Area and the Lost Island of Yururi,” to create an English website. This English version of the Yururi island website was released in cooperation with Nemuro city. 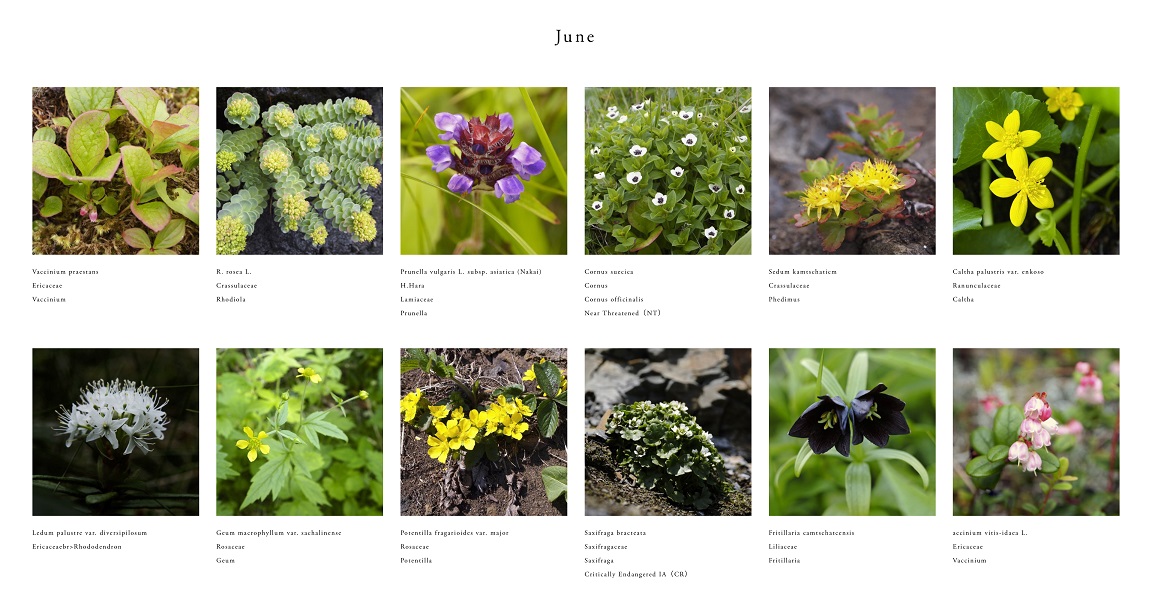 “A desert island where only horses live.” Yururi island has a very unique ecosystem from a global perspective.

The nature and history of the region will not just be recorded as data but are going to spread to the world as artwork. This might be a new model case to show the great cooperation of one artist and a small self-governing body in a remote area. They are trying to pass on this art to future generations.

Yururi island, a small desert island on the easternmost point of mainland Japan. We hope the miracle of this island and the amazing existence of the horses on the island will be recognized widely.

–The island is full of natural miracles and magic–

–The island is full of natural miracles and magic–

Chapter 2 / The Reason Why Yururi is a “Lost Island”

Chapter 3 / The History of Nemuro and Yururi Island

“The Island of Lost World” / “The Legend in the Fog”

Horses – The History Behind the Horse-only Island

Horses – Memory of a Famous Ranch that Supported an Ideal World

Flowers – The Garden Effect and the Wonder of White Petals

Born 1979 in Hokkaido, Japan. Graduated from the Department of Photography, Faculty of Art, Osaka University of Arts in 2003, and received his doctorate (Art) from the Graduate School of Arts, Tokyo Polytechnic University in 2008.

In the same year, he won the Kimura Ihei Award, also known as the “Akutagawa Prize of the photography world.” He has also won the Hokkaido Cultural Encouragement Award, the Higashikawa Awards Special Photographer Award, and the Fuji Photo Salon New Face Award.