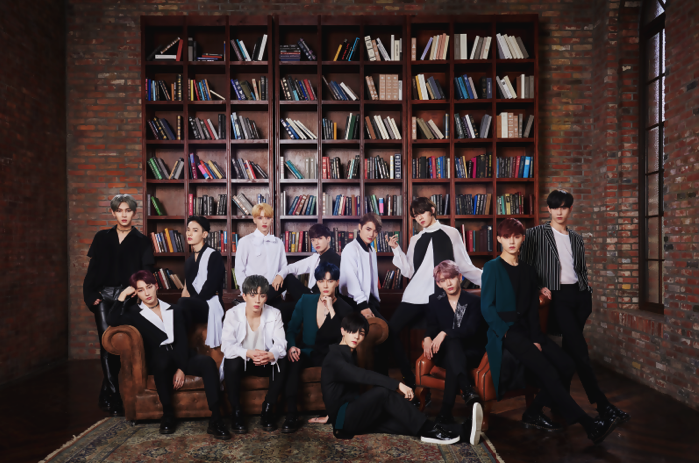 BG Entertainment’s male idol group, 14U, officially disbanded May 10, 2019 following reports that one group member was subject to favoritism. XSports News also reports that this member allegedly had sexual relations with a female official at the company which led to the member’s favoritism.

In April 2019, 13, of the group’s 14 members terminated their contracts with BG Entertainment citing the unnamed member’s favoritism as the reason.

“The members who left are apologetic to fans for the hurt this causes, so they have not been able to speak up. However, they’ll be sharing updates on social media while on vacation,” an unnamed source close to the group said.

In May, it was leaked that this unnamed member—who is in his late 20s—was having an inappropriate-relations with a female agency official who is in her 30s. When others in the company allegedly found out about the relationship, the duo stated they were in love. Families of the other members later requested contract terminations.

BG Entertainment addressed the contract terminations in an official statement.

Hello. This is BGent. First of all, we sincerely thank the fans who have cherished and loved 14U until now.

After long discussion between the agency and the 14U members, it was decided that the group will disband and go their separate ways.

Although they cannot continue with the name 14U, the members have a close relationship with each other and the agency, but the mutual agreement was made to respect each member’s dream and future.

We express our gratitude to the 14U members who have worked hard together in unity towards their dreams. We will support and cheer on the paths that the members want to go down, and we will do our best to help them.

Along with our apologetic feelings towards the many fans who have given unchanging love and support, we ask for warm interest and support for the members who are awaiting new beginnings. Thank you.

Sports Today also reported that the unnamed member also had relations with a Japanese fan while the group promoted in the country.

Despite the reports, BF Entertainment’s CEO denied the rumors.

“I was on a business trip to Japan, so I just came across the news and it’s just shocking,” the CEO stated. “It’s not true at all.”

While addressing the contract termination, the CEO said, “It was decided after considering each members’ opinions. I’ve clearly terminated [the contracts] without demanding penalty fees from the members… I told them they worked hard, and I even calculated their last payments and tried to deliver good vibes.”

Prior to the contract terminations, 14U were set to perform at KCON Japan but dropped out last minute due to “artist circumstances.”

While the group debuted in 2017, they were still considered rookies with only three singles released. On October 26, 2018, the group released the dynamic “나침반 (N.E.W.S)” which peaked third on the Gaon Music Charts. The release came thanks to a Makestar fundraiser.