D1CE Returns to Meet Fans In Their 2nd Online Fanmeeting 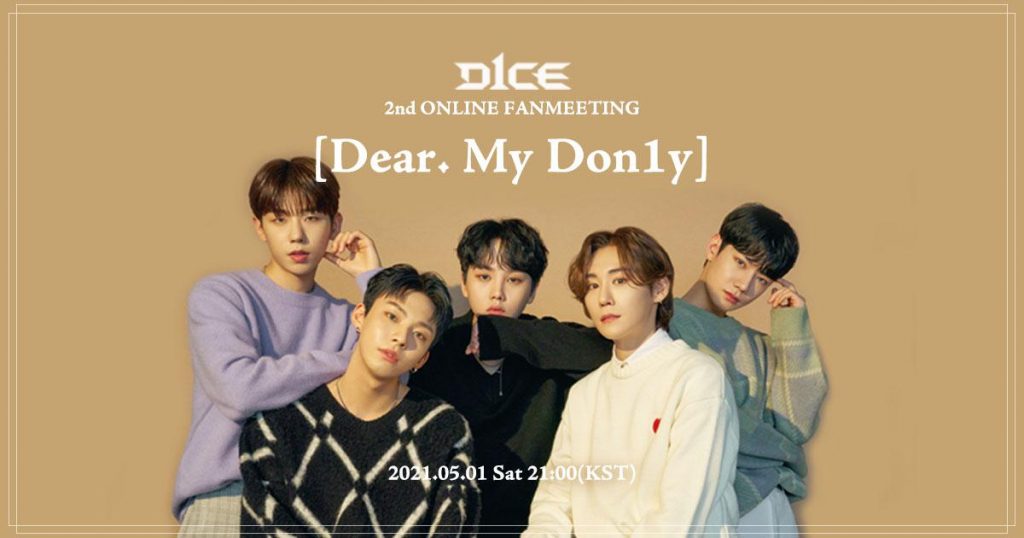 K-Pop’s next generation stars, D1CE, are coming through on May 1st to meet their beloved fans in D1CE2nd ONLINE FANMEETING [Dear. MyDon1y]. The online fanmeeting will take place on the MyMusicTaste platform, greeting fans from all over the world.

After honing their skills on several survival reality TV programs, the five members have displayed their outstanding talent as a group and as individuals with covers and original songs. Every release leaves fans in awe of the talent and stage presence from the group.

Each member of D1CE has left an impression on fan seven prior to debut with their pre-debut track releases as units. They continued to impress with their debut song in August of 2019, “Wake Up” that pushed forth with a strong concept.

Songs like “Good Day” and “You’re My Destiny” have captured the attention of the public, with beautiful smooth vocals that comfort listeners like a soft hug. Their June 2020 release in particular, “Draw You,” garnered over 3.5 million views on YouTube.

With the announcement of member Jo Yong Geun’s enlistment into the military on May 6th, fans are even more eager to meet with all the members ofD1CE one more time.

This fanmeeting will bring D1CE and their fans, Don1y, together online. Ticket holders can also purchase a 1:1 Zoom Video Call voucher to chat with the members. These are limited in number, but promises fans the chance to talk to the members.

For this concert, D1CE is collaborating with MyMusicTaste, a technology forward platform that breaks the barriers set by the pandemic and brings fans and artists together to create a new way of connection.

Established in 2008, DREAMCATCHER COMPANY is a South Korean record label and entertainment agency founded by the prominent production duo E-tribe. Since the debut of its first artist Nassun, the company has grown in size over the years, producing artists and idol groups under its own name. V.O.S, Dalshabet, DREAMCATCHER, and D1CE are the major artists that are currently associated with the label. With the debut of D1CE, the sub-label D1CEEntertainment was established in 2019