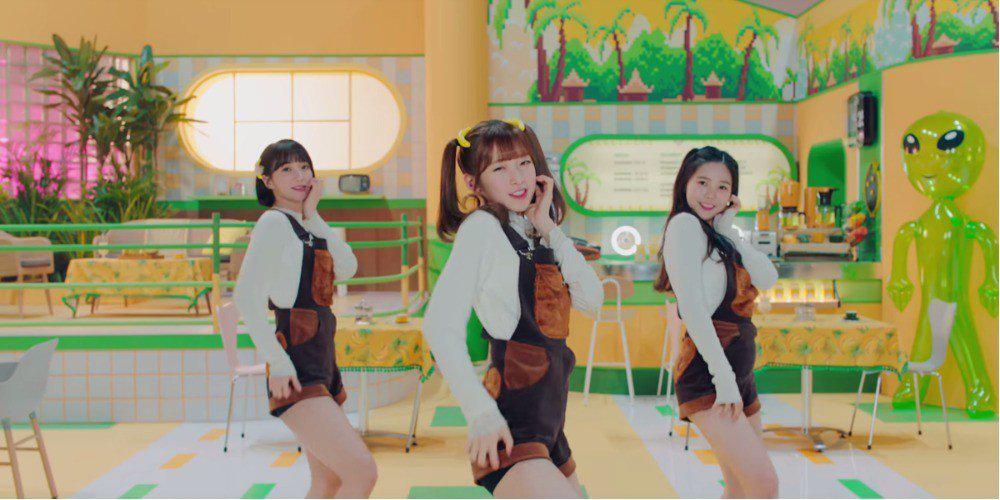 On April 2, 2018, an Oh My Girl sub-unit, OMG Banhana released the track “Banana Allergy Monkey.” On the surface, it’s a cute, quirky song about a monkey who loves bananas, but sadly, he cannot have bananas because he is allergic. The cute story, music, and theme makes the track have a nostalgic feel while maintaining a sense of sweetness and innocence. The monkey and safari-themed outfits and 1990s pop-culture props is reminiscent of eccentric themes by Orange Caramel, Crayon Pop, Cocosori, and the Crayon Pop sub-unit Strawberry Milk, and for some K-Pop fans, the quirkier the group, the better.

Unfortunately for OMG Banhana, “Banana Allergy Monkey” wasn’t well-received as it was panned by several Netizens who call the track a major step back for Oh My Girl. Those who love the song and support the group have come to the song’s defense. While it is a song that has its quality oft-debated, “Banana Allergy Monkey” has another “controversy” as parent groups and Netizens consider the song “offensive” toward people with allergies.

Parents of children with anaphylaxis disapprove of the lyrics and dance. The lyrics– which are in story-format addressing how a monkey discovers banana milk and how he can enjoy bananas like everyone– have a line that says “I’m a monkey who can’t eat a single banana. Even I think I’m lame.” For parent groups, this single line suggests that children with severe allergies should feel bad about themselves. The dance, which features Binnie, Arin, and Hyojung scratching, have been dubbed a negative stereotype for those with allergies. On Naver, parents have suggested that dance may lead to anaphylaxis-suffers getting bullied.

WM Entertainment responded to the comments. In the statement, WM Entertainment said, “It seems that the purpose of this song was twisted. We fully understand the worries, but we did not mean for the song to be played out like that. The song is about embracing our possible flaws and differences and staying strong with hope in our hands. It talks about staying positive in all aspects of life. Also, the song ‘Banana Allergy Monkey’ is only a small part of a bigger album. Oh My Girl’s pop up album will have other stories that connect with one another. We would be grateful if you could see the bigger picture, instead of focusing on specific words in the songs.”

WM Entertainment’s statements are accurate as the overall release does have a positive tone to it. Given today’s hypersensitivities, it’s no surprise that someone would find offense in a harmless song written ten-years by a composer who also has a food allergy.

The composer’s own allergy to apples was the inspiration behind the song.

Prior to today’s era, a song about a monkey with a banana allergy would be one of those songs that would be considered light-hearted and good fun. “Banana Allergy Monkey” would have been acceptable ten years ago; but today, everything is offensive when it shouldn’t be. Yes, the world needs to change to be more accepting of different types of people, but we also should be able to make fun of ourselves and joke around in non-harmful ways, much like “Banana Allergy Monkey” does, especially given how the composer is making light of his own situation. The song is not making fun of people with anaphylaxis. 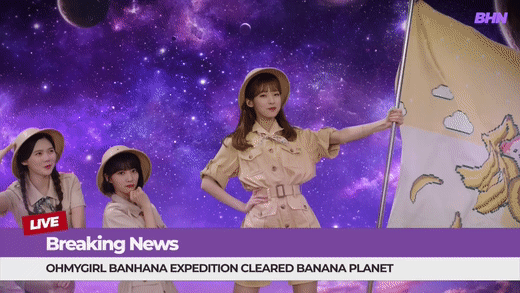 The issue today is that people these days keep looking for ways to be offended. From Disney princesses to a simple song, nothing is safe from the “I’m Offended Train.” For many, it’s a rallying cry to beat people down whenever someone does something unagreeable despite the fact people should be allowed to have varying experiences. With entertainment media, nothing is off-limits because entertainment media gains its inspiration from real life and people’s real experiences. That’s why we have stories, music, movies, TV, and books. The material comes from within someone; it’s that person’s way of communicating those experiences to the world. Everyone experiences things differently. Some people choose to be self-depreciating. Others choose to joke about themselves. Some turn their stories into a song about a monkey with allergies. Others choose to be offended even if something isn’t directly about them.

Everything is not about you.

“Banana Allergy Monkey” is not about you either.

To those saying the song may encourage kids to bully other kids, kids are intelligent and have an entirely different world-view than adults. By shoving adult ideas onto children, the door toward bullying may be opened. For kids, “anaphylaxis” may not be in their vocabulary, so how would they know what it is unless the child is inflicted with it or an adult talks about it? With the cute dance, childish MV theming, and nursery story appeal contained within “Banana Allergy Monkey,” kids will hear the song and see the video and not think anything about someone’s allergy issues. That’s the thing about children: They see the joy in what’s around them. That joy disappears when the adult world and adults press into them to make them see things that aren’t there.

Along with pressing adult views onto kids, we also live in a humorless world where people must watch what is said at all times out of fear of being offensive. People used to be able to kid around—heck, that’s how comedians like Gallagher, George Carlin, and Richard Pryor made bank. Comedy and entertainment were the escapes from the real world, a true “safe space” where nothing was off-limits and no one was offended. Unfortunately, it’s becoming a society where dad jokes may be the only sense of humor that’s mildly safe for people’s pleasure. If a light-hearted song about a monkey is offensive, then, perhaps, society needs to look at itself and realize it’s gone too far down the rabbit hole.

There are things to be offended about: Injustice, racism, sexual crimes, and legitimate mocking of a disability or disabilities are chief among them. However, “Banana Allergy Monkey” is not even close to being high on that priority list. It’s a harmless song. People need to stop making mountains out of molehills. Everything is not a slight nor is everything worth being offended. Pick your battles instead of damaging any credibility for relevant change by focusing on pettiness.