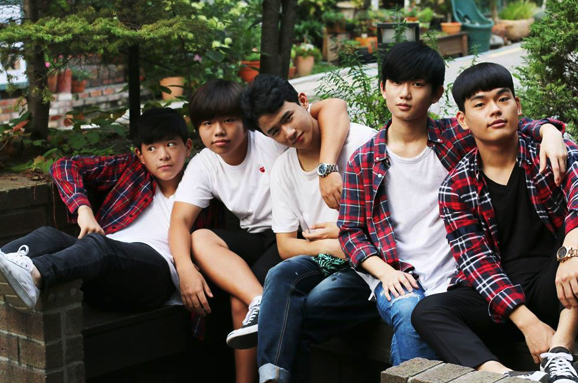 Unless your head is in the sand, it should be known that the K-Pop world is a dark, shady place. What’s on-stage isn’t necessarily what happens behind-the-scenes. Members of the now-former K-Pop rookie group, The East Light, are bringing forth their tale of abuses suffered at the hands of their agency, Media Line Entertainment and its CEO, Kim Chang-Hwan and producer, Moon Youngil.

The East Light, an all-teen band with a member that’s only 15-years-old, formed in 2015 and debuted November 3, 2016 with “Holla.” The group consists of brothers Seok-Cheol and Seung-Hyun and fellow members Eun-Sung, Jun-Wook, Sa-Gang, and Woo-Jin.

On October 18, 2018, XSportsnews broke the story that The East Light members were verbally abused and physically assaulted by producer Moon while the CEO did nothing to stop the abuse. On October 19, 2018, Seok-Cheol, who is The East Light’s leader, came forward to discuss the abuse he and his groupmates experienced.

In his emotional press conference, Seok-Cheol, 18, described the abuse the group experienced between 2015-2018. He described how Moon hit the group with baseball bats and metal microphones, and he spoke about how Moon threatened to kill the members if anyone told their parents. Seok-Cheol described, in detail, the experiences his brother Seung-Hyun, now 17, had with being locked in a room and beaten and how he [Seung-Hyun] is now receiving psychiatric treatment due to the trauma the abuse caused. Seok-Cheol also detailed how the members weren’t allowed to seek medical treatment and even had to carry on promotions even though physical wounds were visible on his, his brother’s, and other members’ bodies. In 2016, Seok-Cheol also claims that Moon choked him with guitar strings.

Seok-Cheol spoke about himself and his brother and said he understood why the other members have not come forward to share their sides and experiences.

Following the press conference, fans of the group started pouring over media featuring the group, and they zeroed in on one clip from their YouTube show Eastlight Genius. In the clip starting at the 28-second mark, fans noticed that one of the members is heard saying “it was a mistake” in the background, and sounds of him being hit with something can be heard. The camera attempts to show what’s going on, but the clip cuts away and says the footage was removed at the request of the agency. In the clip, Eun-Sung states, “Actually, on the way here, Seok Cheol was playing music in the car and had opened the sunroof without starting the engine, doing everything he wanted to do, so the battery in one of the cars died. He’s being disciplined by our manager.”

In response to Seok-Cheol’s press conference, Media Line’s CEO, Kim Chang-Hwan, released a statement that, while apologetic, seemingly refuted the claims Seok-Cheol and his brother made.

This is Kim Chang Hwan, the CEO and general producer of The East Light’s agency Media Line Entertainment.

Firstly, as the person who is responsible for Media Line Entertainment and The East Light, I am strongly aware of my faults and apologize profusely for what has arisen because I was unable to properly manage the staff. As I watched Lee Seok Cheol’s press conference, my heart ached as much as it did when I first found out a year and four months ago that the members had been victims of assault.

However, as was stated yesterday [in reference to XSportsnews’ story], while working with many artists in the past 30 years of my career, I have never once instigated or abetted violence, and while there have been times where I’ve taught or cautioned the members, I state once again that I have never committed verbal abuse or assault. I humbly accept the criticism in regards to my mistakes and negligence, and I will try to dispel all doubts by approaching them with honesty. However, for the future of the remaining four members of The East Light, we will be making an active response regarding acts of defamation committed through exaggerated false information. I apologize once again for causing concern through this controversy.

On October 22, the Lee Brothers (Seok-Cheol and Seung-Hyun) announced through their lawyer that they plan to take legal action.

“Today at 11 a.m., we [Lawyer Jung Ji Suk from Nam Kang law firm] are going to file a complaint against Producer Moon Young Il and more on the violence case regarding The East Light’s members. The brothers’ father, who is their legal representative, will submit the files while Jung Ji Suk will accompany him,” the brothers’ lawyer said.

Following the announcement that the Lee Brothers intend to sue Media Line Entertainment, the company announced that they terminated the contracts of the remaining East Light members. The announcement was supposed to be made through a press conference with Eun-Sung, Sa-Gang, Woo-Jin, and Jun-Wook in attendance, but they released a statement to the media instead.

“After deep consideration, we are announcing that we have decided on terminating the company’s contracts with the remaining four members of The East Light,” Media Line said in the statement. “However, we had the concern of the young members receiving additional pain as they stand in the center of the issue through this press conference and considering the members’ pain and futures as the priority, we reached the conclusion that terminating the four members’ contracts would be the best measure. We are discussing the contract termination process with the four members’ parents.”

Media Line also stated, “We worry about the members feeling uncertainty for their futures with the termination of the contracts, but we ask for your support so that the young members can no longer be hurt and dream again after healing their pains. In addition, as the controversy continues to grow and is brought to attention continuously, we will not take unnecessarily respond to press in consideration of the potential pain of the six members including the brothers [Lee Seok-Cheol and Lee Seung-Hyun].

“Also, we will diligently participate in the upcoming legal investigation, and in this process, we will not avoid responsibility and address problems. We sincerely request that the speculative reports without investigation results that can cause pain to the members will no longer be released from this time forth,” the statement concluded. 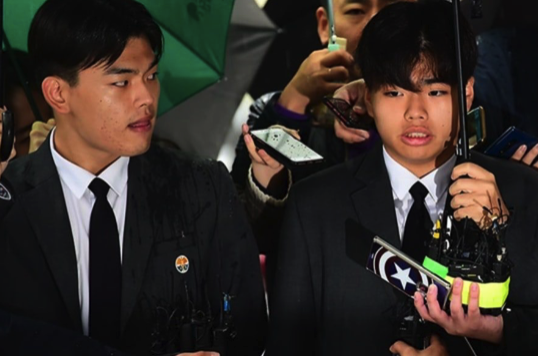 On October 26, 2018, the Lee Brothers, along with their father and lawyer, went to the Bangbae Police Station to provide testimony about the abuse they endured as part of their legal complaint.

“I am very exhausted and afraid. CEO Kim Chang Hwan just stood by and watched while producer Moon Young Il hit me and locked me in for four hours on June 13. All he said was, ‘Keep it easy,’ although Moon Young Il was holding on to my hair and my head was bleeding. The producer did that for another two or three hours. I remember it clearly as if it happened yesterday. I’m so afraid,” Seung-Hyun told the media. “This cannot happen again. I’m telling you right now, but I will reveal everything during the investigation.”

“I hope my actions do not cause any more victims [of assault]. I was only able to make it this far as I held great aspirations of becoming a singer. This whole process is extremely painful and difficult for us,” Seok-Cheol told the media outside of the Bangdae Police Station.

This is an ongoing investigation. All parties are assumed innocent until proven guilty. Stay tuned for updates.