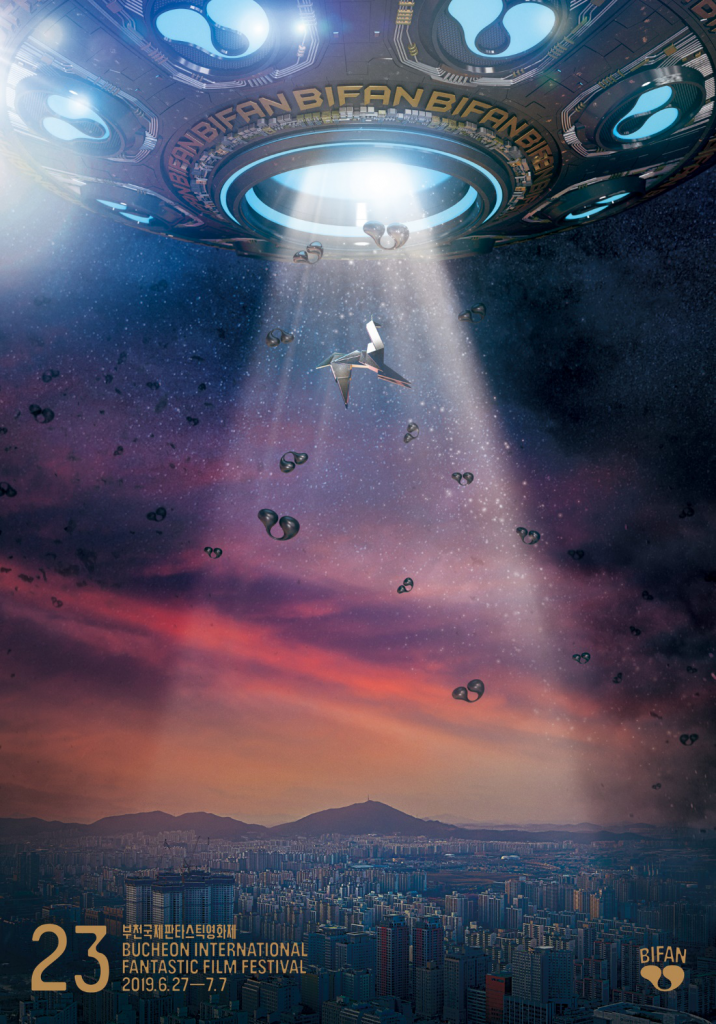 We are proud to inform you that the dates for the 23rd Bucheon International Fantastic Film Festival (BIFAN or PIFAN) is out, along with the reveal of this year’s official posters.

The unicorn in Ridley Scott’s movie Blade Runner – the movie was based on a novel by Philip K. Dick – is said to be the main inspiration for the two posters for the 2019’s International Film Festival held in Bucheon, South Korea. As many of you know, Blade Runner is an acclaimed sci-fi movie, released in 1982; set in the year 2019.

The two unveiled posters promote the science fiction genre, which is also the Korean Film Festival’s theme and concept for this year. Even for those who have watched the film (or its sequel Blade Runner 2049) may find it ambiguous on what the origami unicorn actually represents.

The first poster displays an image of an origami unicorn and Cells of Fantasy descending from a BIFAN spaceship, filling up the Bucheon’s sunsetting sky. Mountainous scenery with masses of buildings can also be seen below. 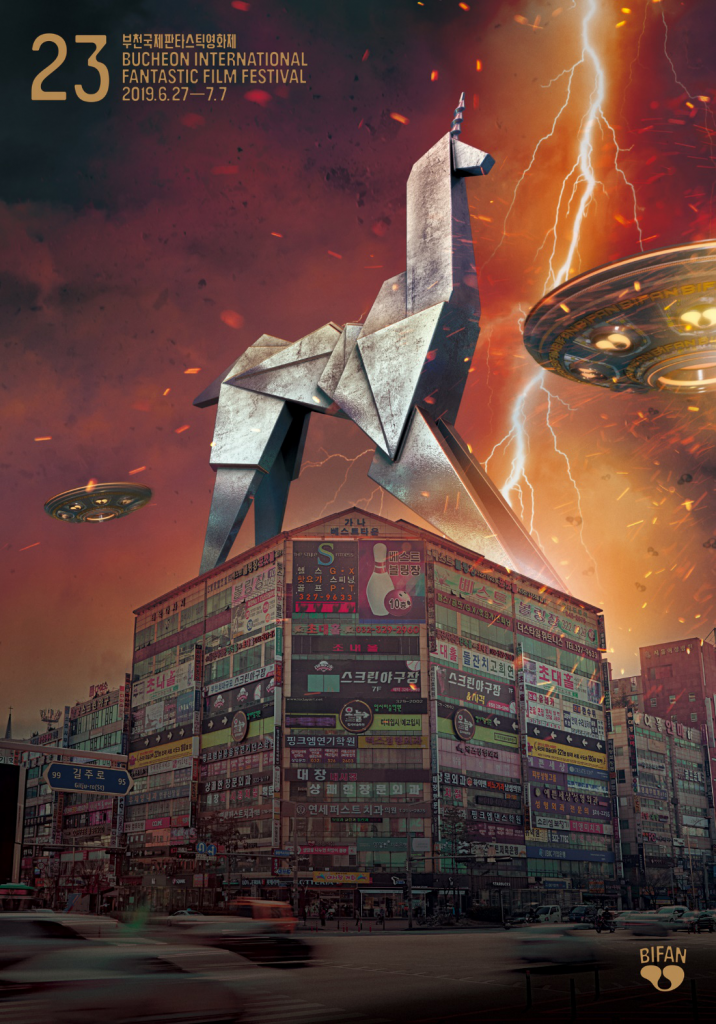 The second poster shows the majestic unicorn-shaped piece of origami that has now landed on a complex building of Bucheon, and a couple of spaceships, like the one featured in the first poster, invading the territory. And what looks like a streak of lightning lights up the night sky. The imposing unicorn doesn’t have eyes, but its stance makes one wonder whether it has the ability to see, dominate, or control the surrounding scene.

Through the two official posters of this year, BIFAN is evidently promoting the sci-fi genre, which is the primary concept for the 23rd BIFAN, as mentioned.

The 23rd Bucheon International Fantastic Film Festival is to be held over the course of 11 days, from June 27 until July 7, 2019, in the city of Bucheon. Bucheon is a city in Gyeonggi Province, South Korea, known as a satellite city of Seoul, 25 kilometers (16 miles) from the country’s capital.