Taecyeon to be Discharged May 16

Home › Breaking › Taecyeon to be Discharged May 16

Taecyeon to be Discharged May 16 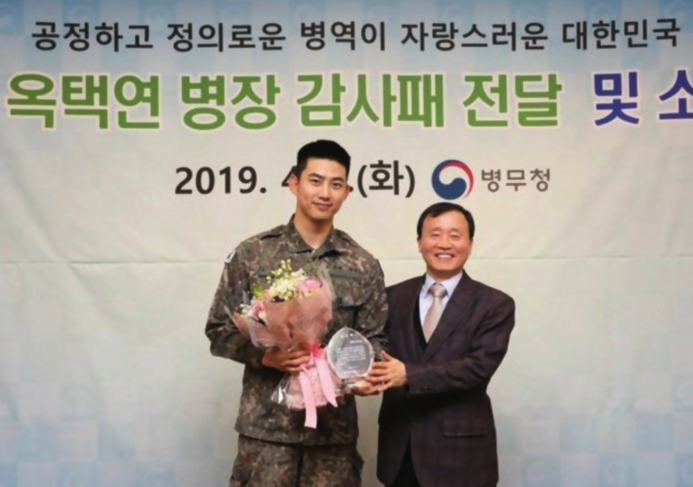 Taecyeon, who enlisted September 2017, served his mandatory service as an active-duty soldier in 9th Armed Forces Division in Gyeonggi Province. Taecyeon gave up his United States citizenship and received surgery for a herniated disk so he could serve in the Korean army.

During his tenure, he was awarded for his exemplary service and promoted to sergeant this past February.

“I’m very honored and grateful to receive this award on behalf of the many people who serve in the military. I’ve learned so much during my time here. I’ll continue to work hard until my discharge, and I’ll do my best to be better,” Taecyeon said upon receiving the award.

Upon his discharge, Taecyeon plans to meet with fans and the press.

Taecyeon, who is no longer with JYP Entertainment and now signed with 51K, expressed desire to go into acting following his discharge. However, he still wants to promote with 2PM and his 51K contract will allow him to do so if 2PM promotes again.

Are you excited to see Taecyeon again? We know we are!