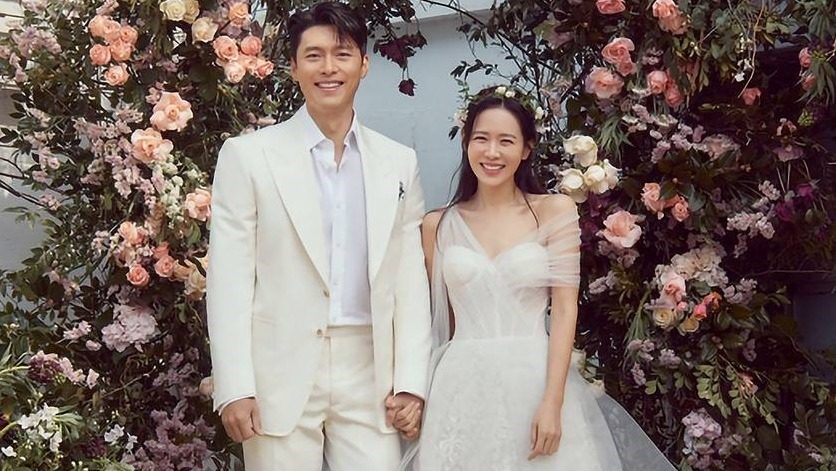 On March 31, 2022, the Crash Landing on You super couple married in front of close family and friends at the Grand Walkerhill Seoul in Gwangjin Gu, Seoul.  After the wedding, the couple honeymooned in Los Angeles, California.

How are you all doing?

I’m still stunned, but I’m living day by day feeling the changes in my body amidst worries and excitement.

I’m so grateful, but I’m so careful that I haven’t been able to tell the people around me yet.

To the fans and those around us who will be waiting for this news as much as us, we deliver the news before it’s too late.

We will protect the precious life that has come to us.

I hope you all stay healthy by taking good care of the things you need to protect in your life..🙏

A few weeks prior to Son’s confirmation, Netizens speculated the pair may be expecting a baby. The speculation stemmed from a May 29 Instagram post Son shared wearing a white, flowy dress and playing with her dog. Fans of the actress felt she may have been hiding her “baby bump,” but her agency, MSteam Entertainment, denied the rumors saying they were “not true at all.”

Now with the pregnancy confirmed, everyone hopes Son Ye Jin and Hyun Bin will have a happy, healthy baby!

Congratulations to the newlyweds as they embark on their parenthood journey!