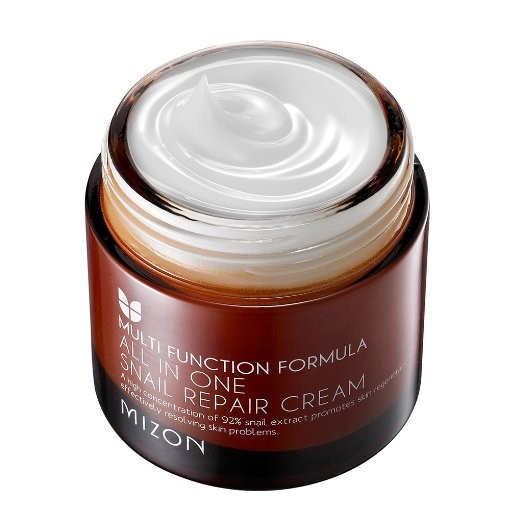 For the above 30-years old set, Mizon products make great additions to a skincare routine. The creams are light without being too potent or being made for people with “teenaged skin” but are also perfectly fine for more mature skin.

One Mizon line of moisturizers stands out as a positive addition to a moisturizing routine. The snail repair line of face and eye creams are rich, fast-absorbing, and luxurious. Based on a month-long trial, I found that the products are two of the most useful moisturizers on top of being some of the most affordable (around $13 each).

Both products come in nicely packaged boxes that have the date of when the products were manufactured, so users will know if the creams are fresh. The jars are a dark brown, heavy glass with plastic lids. I like how the jars are darker to help preserve the integrity of the product.

Once the lids are removed, there is a plastic seal around the opening as well as paper and hard-plastic lids to protect the creams. If any of these are missing, it’s safe to say it’s possible the creams have been tampered with in some way (used as a tester product, opened in store, or actual tampering) because there is plenty of protection provided to ensure a pure product.

The creams are easy to use and go on just like other moisturizers. After washing your face and patting it dry, use the snail repair face cream first. The package recommends tapping it into skin; this method works well on the chin, jaw, cheeks, and forehead, while gently rubbing it in using an upward motion works better on the nose, neck, and décolletage.

After applying the face cream, use the eye cream by gently tapping it into the temples, between eyebrows, and below the eye while spreading it gently on the eyelids to the brow bone. The eye cream is heavier, which is why it goes on last. 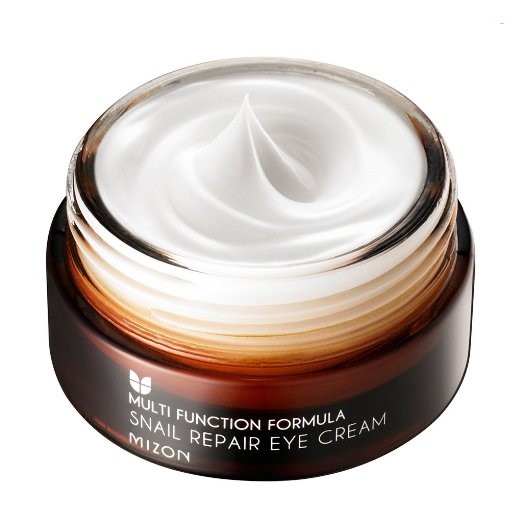 Many would shrivel their noses up to a cream that uses snail mucus as a main ingredient. I will admit that I did too. Because I expected snail mucus, I thought the creams would be sticky and weird like papier-mâché paste, but it’s not. The cream is white, airy, and smooth with a consistency that’s just below a homemade meringue texture.

What I liked was how the product absorbed into skin without getting sticky or tacky. When it dries into skin, what’s left behind is a velvety soft texture. I prefer using the creams at night with a sleep pack or the Mizon collagen power firming cream layered on top. My skin feels amazing come morning.

After using the products for a month, there are a few observations I noticed for my own skin (results will vary based on your skin).

I can’t say I noticed a reduction in fine lines like the snail products promised, but I did experience other positive changes. The positives far outweigh the need to reverse the slight crinkles around my eyes.

So far, Mizon’s snail repair cream line ranks up there as one of my top favorite beauty products. The creams are gentle on skin and make a nice difference in the overall appearance. I love the changes in the texture of my skin.

The Verdict: Worth the price and definitely amazing!

Mizon’s snail repair line can be purchased on Amazon. 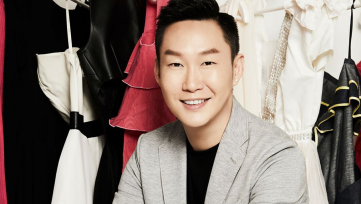 Singapore, often labelled as the jewel of South Asia, became an economic powerhouse in the late 20th century. The rapid urban development that resulted prompted Singapore to become a center for cultural and financial progress. As incomes rose,... Read More 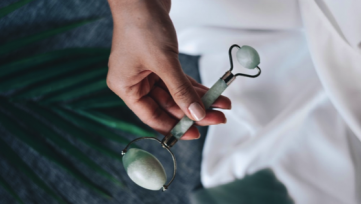 Many of you will have witnessed a lot of “Jade Rollers” these days being advertised as a useful beauty and skincare tool. Jade roller is said to do great wonders to your skin and bone structure by many dermatologists, beauty influencers... Read More 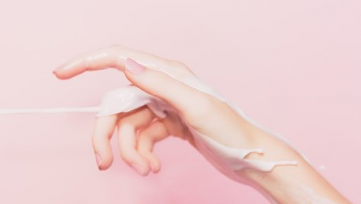 Most of us are very aware that maintaining a well-balanced, moisturized skin is a tiresome business and, in worse scenarios, severe dryness of the skin can result in skin infection or inflammation. Since maintaining a hydrated skin complexion is a... Read More 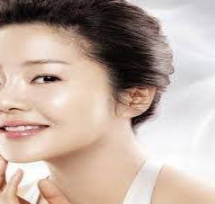 Ever heard the phrase ‘you are that which you eat’? Just as you watch the foods you intake for weight loss and health purposes, choosing a particular diet impacts your skin’s wellbeing. For most cultures, the nutritional value of... Read More 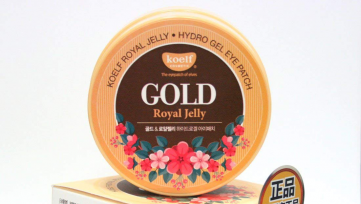 What’s in Our Beauty Bag?

We at Kcrush love our beauty products, and we love recommending any beauty finds that we come across*. Of course, we are also inclusive, so we’re not recommending any foundations because we don’t want to leave anyone out. So, what’s in our... Read More 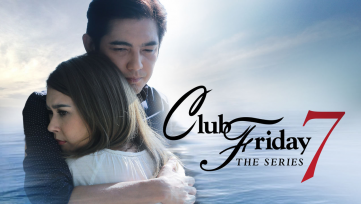 Often, many dramas featuring couples always end up with happily-ever-afters, so it is refreshing to encounter a drama where everything doesn’t end up rosy or where some relationships end up making the viewer angry over some of the choices people... Read More 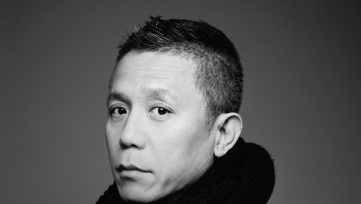 Oh Min has been a dominant driving force in the Korean hair industry as the top hair designer and beauty director, for the last few decades.  Since 1984, Oh has worked and directed over 45,000 major fashion shows and events in Korea and various... Read More 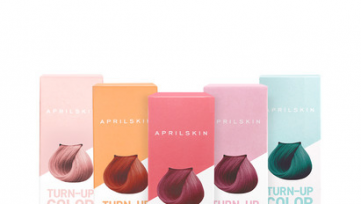 As someone who enjoys coloring her hair often, I’m always trying different hair color products that are non-damaging and rich. I had an opportunity to try April Skin’s Turn-Up Color Treatment recently. As pinks and purples are my favorite colors... Read More 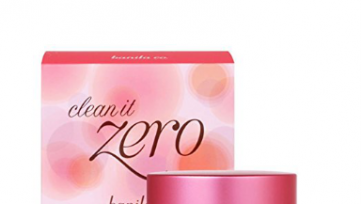 Clean It Zero is one of those products that people constantly rave about. From its cleansing abilities to its scent, beauty fanatics consider it a top-notch cleanser that should be a staple in everyone’s makeup drawer. After trying it for the... Read More 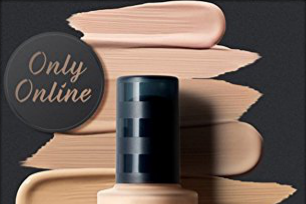 We at Kcrush are always on the lookout for new products or willing to test any product suggested to us from the beauty world. Etude House recently released their Double Lasting foundation that has gotten some rave reviews from many different... Read More