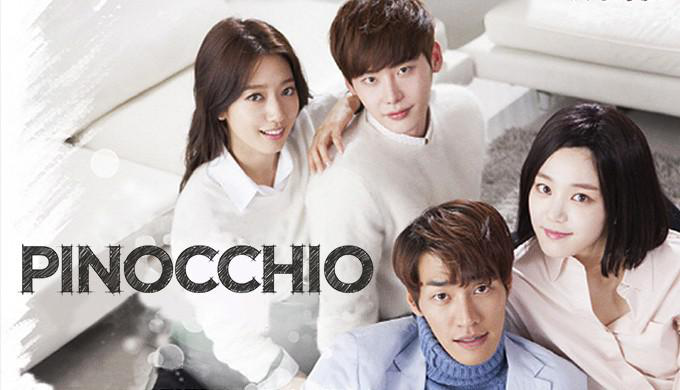 Pinocchio stars Lee Jong Suk as Choi Dal Po and Park Shin Hye as Choi In Ha. The series follows young reporters around as they seek to broadcast the truth. The twist to this story and the reason why it’s titled Pinocchio is that in this world there are people diagnosed with the “Pinocchio Syndrome.” These people cannot tell a lie because every time they do, they hiccup. Choi In Ha has the “Pinocchio Syndrome,” and it makes viewers anticipate the antics that she will perform while being a reporter who can only tell the truth. 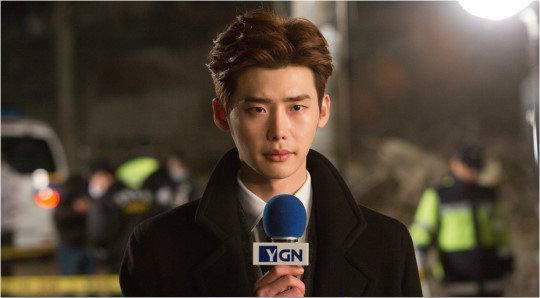 This drama has got all the needed ingredients for a successful Korean drama: A conflict, Amazing actors and well planned story. First of all you may think it’s all about answering the question “Can someone with Pinocchio syndrome live in a world where lying and cheating are common?”  But no, it has more depth than I even thought. Reminds us not to be ignorant of the truth, It’s where Ki ha myung turns the point to “Can a small lie completely destroy someone’s life”?  Let’s see it through eyes of rookie reporters! 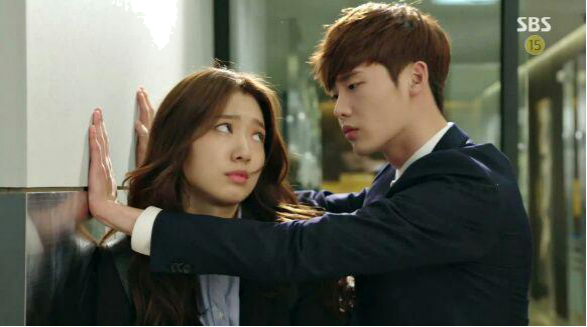 I was never bored, the story is well-written and the development is great. I never felt like any of the episodes were meaningless. It felt like I couldn’t blink my eyes. 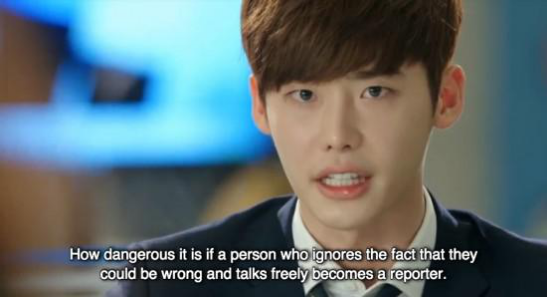 I really like the fact that the drama is all about honesty and justice and how these reporters are willing to investigate and report only the truth and it helps when the heroine actually has a Pinocchio syndrome where she hiccups whenever she lies. Our Choi In Ha will hiccup if she has the feeling of “this is not right” It also challenges journalism to its core.

Would we only report happy news or must see news? Would media be able to report the truth and not influenced by the rich? The message of the drama is to always deliver the truth, even if it’s painful, than try to hide it because the truth will come out eventually. As Hwang Gyo Dong said, “No matter how you try to hide it, the truth always has a way of coming out.” 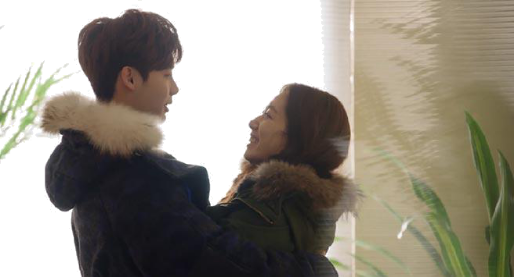 And let’s speak about the chemistry! There’s nice chemistry between Lee Jong Suk and Park Shin Hye and it made me instantly love this couple. Dal Po and In Ha OTP are the most important factors in this drama. There are really likeable from the beginning. Their love without saying, their support for each other, and how they stand by each other. I was so impressed when In Ha defended Dal Po against her mother. They were completely adorable that I wish I can see them together again. 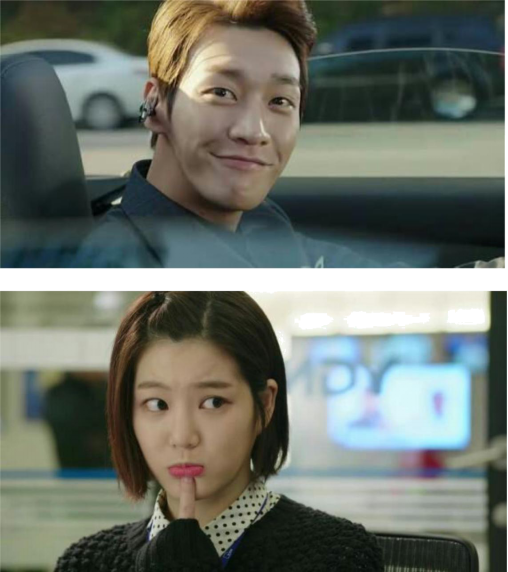 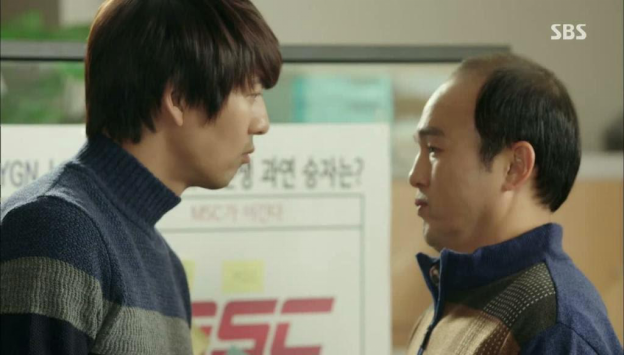 A bunch of wonderful supporting characters on the news stations like In Ha’s mom, their directors/managers/team leaders, Chan Soo and their family, etc. The show did a good job to make everyone shine. 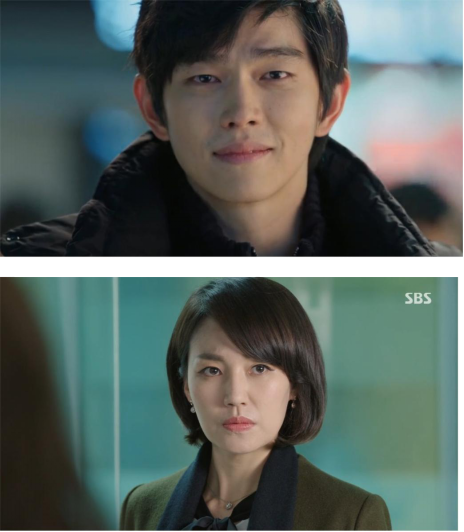 Speaking about the villains! It’s not as simple as black and white to categorize the villains here. They’re in grey areas and it makes the watching experience even more interesting. Sure, they’re villains, but they’re not completely pure evil with no slight hope towards repentance. 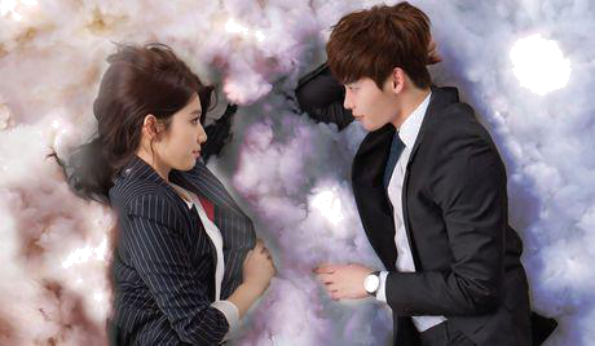 Pinocchio is a great series because it moves away from the cheesy Korean drama dialogue to real and genuinely scenarios and relationships in family, among co-workers and friends making many of the emotions relatable to viewers.  4/5 rating.