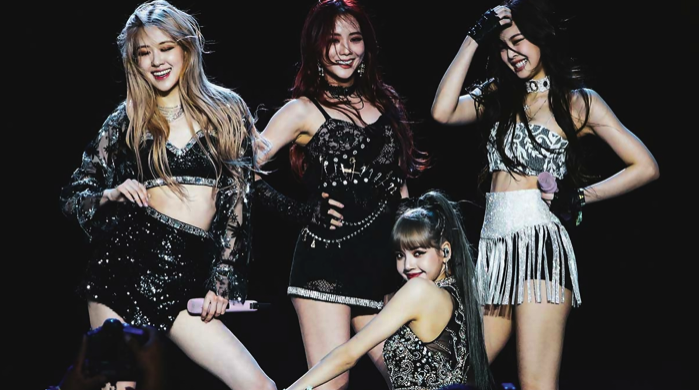 The Teen Choice Awards fetes musical acts, sports stars, and actors and actresses, and winners are chosen by American voters 13 and older. The target audience had opportunities to vote for their favorite acts in music, film, television, sports, fashion, Internet, and comedy using the Teen Choice site and social media platforms.

At this year’s festivities, Monsta X performed “Who Do U Love?” sans French Montana.

The group was a late addition to the performance list as they were notified on August 7 that they would be performing. However, while the group was without Kihyun due to injury, Monsta X did their best to perform for a crowd that did not have a lot of Monbebes in attendance due to the short performance notice. In addition to performing, Monsta X also had an opportunity to walk the red carpet and meet other celebrities.

Meanwhile, during the music awards portion of the show, BLACKPINK, Red Velvet, and BTS earned awards.

BLACKPINK took home one award for “Choice Song: Group” for “Ddu-Du Ddu-Du.” The girls beat out the Jonas Brothers (“Sucker”), Panic! At the Disco (“Hey Look Ma, I Made It”), Imagine Dragons (“Bad Liar”), Five Seconds of Summer (“Easier”), and Why Don’t We (“8 Letters”).

The Red Velvet remix of “Close to Me” (Ellie Goulding, Diplo, Red Velvet) took home the award for “Choice Electronic/Dance Song.” The track was voted the best over “365” (Zedd and Katy Perry), “Call You Mine” (The Chainsmokers featuring Bebe Rexha), “Find U Again” (Mark Ronson featuring Camila Cabello), “Happier” (Marshmello and Bastille), and “Who Do You Love” (The Chainsmokers featuring Five Seconds of Summer). 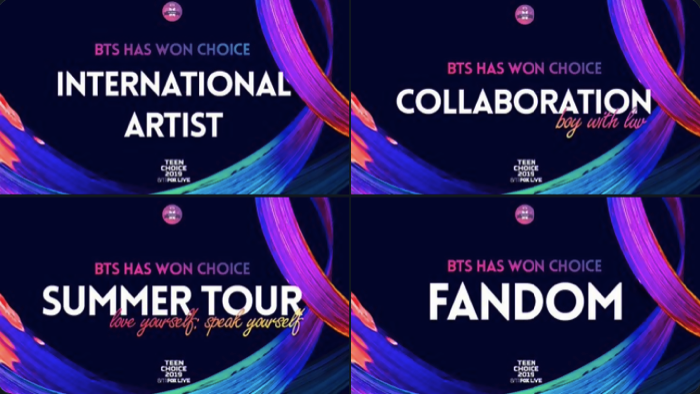 Finally, BTS also took home the award for “Choice Summer Tour” for their Love Yourself: Speak Yourself world tour. The group won the award over the Sweetener World Tour (Ariana Grande), When We All Fall Asleep Tour (Billie Eilish), BLACKPINK 2019 World Tour: BLACKPINK in Your Area (BLACKPINK), It’s My Party Tour (Jennifer Lopez), and Shawn Mendes: The Tour (Shawn Mendes).