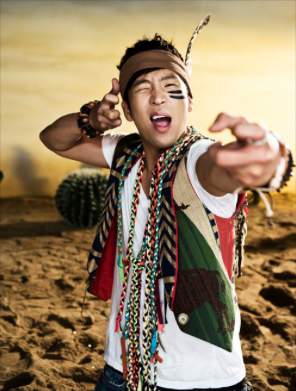 It was about 5 years ago when the popular rapper/entertainer MC Mong pulled out eight (8) of his perfectly healthy teeth so that he wouldn’t have to join the military. At that time he was getting so much hate that when his trial was held at the court, he made a “promise” to the judge that he will do his service in military once his condition was better.  The judge didn’t give him too much of a punishment, it was mainly just hours of community service and he was free.  After this incident, he left the entertainment industry and people really thought that he realized what he did was wrong and that he would go serve in the military, but all of that was a show to make the hate go away.

It turns out that he has been releasing his songs by having other artists sing them. To make sure no one found out, he didn’t use his name he used his manager’s name to get the credit for making music. People had no idea about this until recently.  It was so shocking that he was making money all these years and he fooled everyone by having us think he left the industry for good.  He secretly released songs for 5 years while being away from the public, and when he reached the age of 35, he came back to release his album “Miss me or Diss me” which sounds very offensive.  The title of his album makes it sound like he doesn’t care about what he has done and to gain more attention, and to have more people buy his music, he cooperated with many popular artists so that their fans would also listen to his music.

In South Korea, when you reach the age of 35, you don’t have to serve in the military but if you’re under that age, it’s mandatory for everyone.  For him to make a comeback like nothing is wrong is just unbelievable.  He’s not the only person who doesn’t want to serve in the military but 99.9% of people do because for one, it’s mandatory, and two, they do it to protect the country so for MC Mong to get away from it just like that is very selfish.  He came back just in time so he wouldn’t be “forced” into serving for the country.  This just shows that he’s been shooting for this time all along.  He waited until he reached the age of 35 to make a comeback because then, the law can’t force him into serving.  I used to be one of his biggest fans because I thought he was hilarious when he did variety shows and he was also a good rapper. A lot of other people liked him back then too, there was very limited amount of hate comments about him back then because everyone liked him, but now, it’s such a shame that I liked him for so long.

He deserves all the hate he gets and I don’t understand why some people are still standing up for him. If he wasn’t a celebrity and was a normal person, it might have been possible for him to have gone to jail at that time. It just sucks that he gets special treatment just because he’s famous and when a normal person does the same thing, they receive a much greater punishment.  In my opinion, I think he should just leave the entertainment/music industry for good because it’s perfectly clear that people don’t want to see him on TV making money when he has done nothing good.