As long as I can remember, I’ve always loved watching something from a moving screen. One of my earliest memories as a toddler is watching a French movie that was aired on TV, and to this day, I spend a considerable amount of my free time watching documentaries, talk shows, films, educational programs, interviews and the various.

When it comes to comedy films, I’m not particularly fond of slapstick movies with unrealistic or obvious storylines and endings. Instead, I enjoy flicks that have amusing dialogues, interesting but convincing scenarios and unpredictable ending that don’t leave me regretting about spending my time watching the movies.

I’ve listed 5 Korean comedy movies, which were released in the 21st century – but quite a while ago – which I have watched more than once or… several times in the past.

It would be fair to state that, except for Guns & Talks, the rest of these movies failed to become huge hits in the Korean box office, however we should keep in mind that it would never be right to judge a movie on how many audience it attracted. 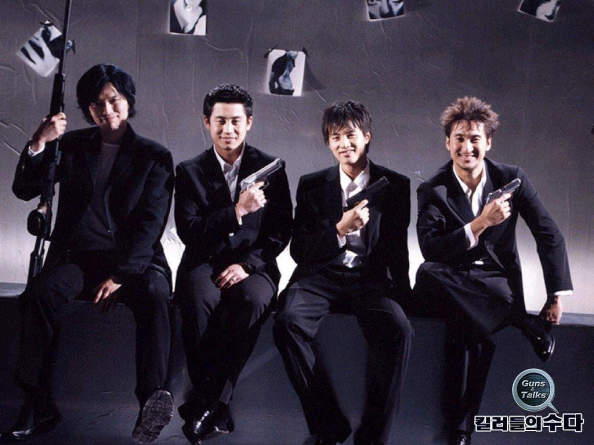 Guns & Talks is a movie about a band of assassins, consisting of leader, Sang-yeon, bomb expert Jung-woo, sniper Jae-young and computer specialist Ha-yoon.

The four men operate a private (and illegal) business where they meet their clients privately to discuss the time, place, how they want their victims to be killed, before they undergo the tasks. As a procedure, they take a photo of their clients as a souvenir to be displayed on their wall when their mission is accomplished.

Despite their secretive occupation, the quartet manage to lead a pretty normal life. None of them are extreme intellectuals – they are simple-minded and clueless about most things in the world. However, when it comes to work, they regard themselves as highly professional and they have no trouble living this way.

But cracks begin to show when the killing doesn’t come easy for some of them as before.
With an instinctive detective tailing them, things begin to complicate and they start to wonder if their work is really worth it.

For me personally, Guns & Talks was a similar experience as reading a comic book. There were many unrealistic scenes throughout the movie, but they weren’t overdone, making the scenario pretty enjoyable for both male and female audiences. 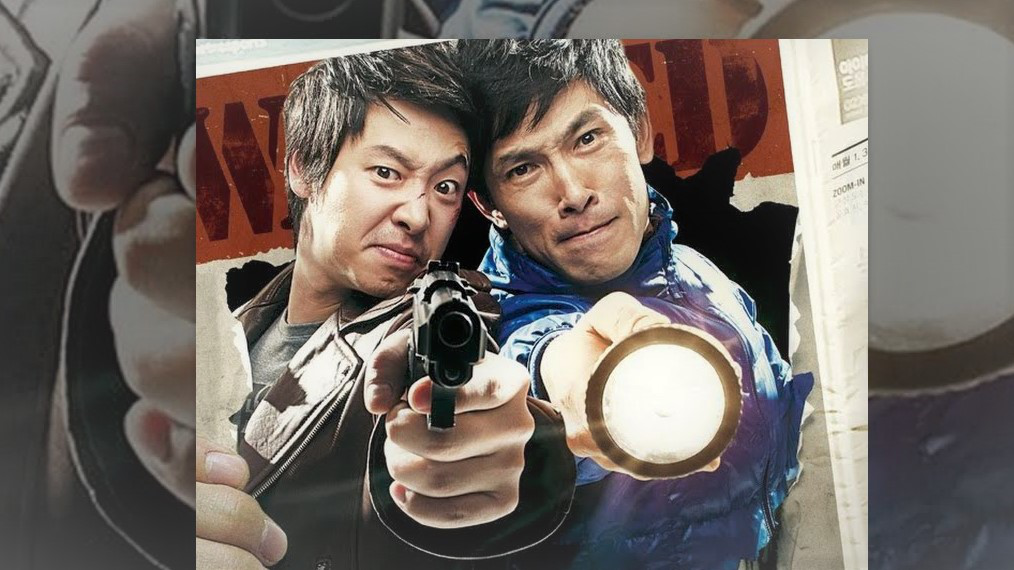 A police detective named, Jung-min is assigned to catch a serial killer who murders one female every evening when it rains in the neighborhood.

Jung-min is having a frustrating time at work for always being scolded by his boss, and the tension arises as neighborhood residents gather to protest, because the police can’t seem to catch the serial killer for months. Jung-min is determined to track down the killer but his plans are hindered by Young-seok, a bankrupt and jobless man in mid 40s, who is also fervently out to catch the murderer as well.

His goal is to win the reward offered and his insurance claim, so he can send his daughter abroad to study music, which was what he had planned to do before his business failed.

Young-seok’s well-planned research and sharp instincts gradually lead him closer to catching the killer ahead of the police, but when his own daughter begins to get suspicious of him going out every rainy evening in female attire… things get out of hand for everyone involved. 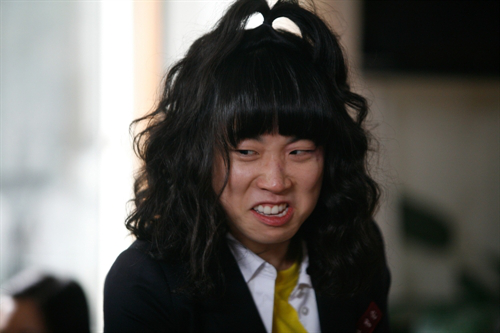 This movie didn’t do that well in the box office, and most viewers in Korea who were used to seeing actor, Yu Oh-seong play more stern and mysterious characters before, expressed disappointment with his role and acting in this particular flick.

I personally thought the movie had some mildly hilarious lines, while Shim Eun-kyung and Lee Mi-do’s characters were quite realistically acted out and entertaining. Kim Dong-wook’s character as the troublemaker police detective was also portrayed well.

For most viewers, finding out who the serial killer is, would probably not be predictable until the very end. 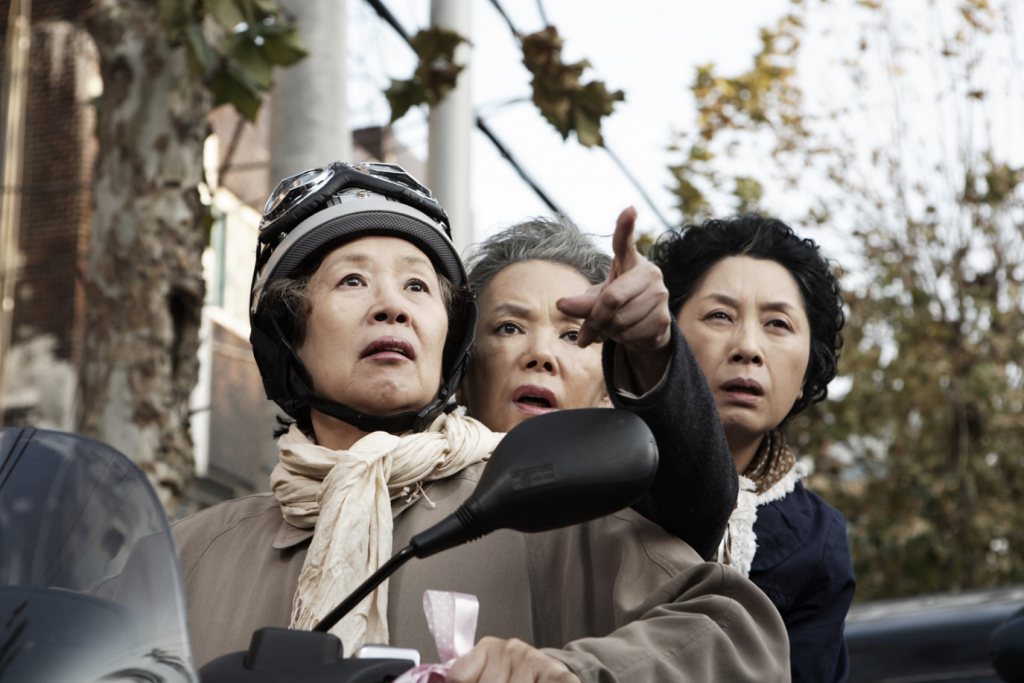 This movie is about three best friends who are in their senior years.
Jung-Ja was once a convict and currently suffering from cancer. Young-Hee has just become a widow, and notably the loudest one of the group. Shin-Ja is a widow, who is the youngest, is also the frailest one.

For almost a decade, the three elderly ladies diligently saved every dime for a trip to Hawaii. They undertook odd jobs, by working in kimchi factories, cleaning public toilets – as well as occasionally robbing supermarkets and auctioning off the stolen goods. 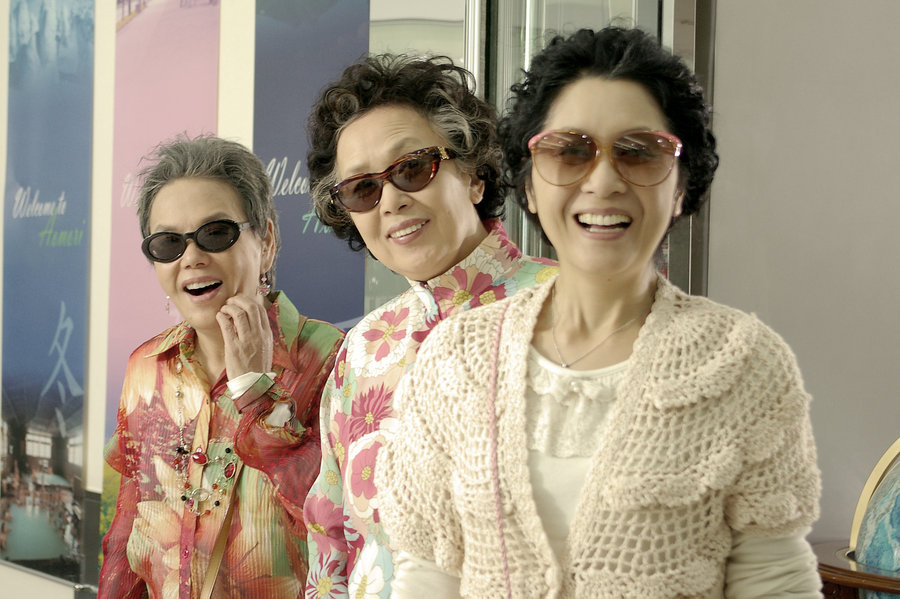 The trio have now finally saved up the exact sum to get themselves VIP packages to their most wanted destination: Honolulu, Hawaii…

When they visit the bank to wire the money, the bank suddenly gets turned over by robbers just when the ladies were about to get the sum deposited by the bank clerk. They lose their savings to the robber but the bankers do not claim any responsibility, which leaves the three ladies dismayed.

Then the ladies come to a decision to get their money back somehow, even if it means attempting the seemingly impossible. 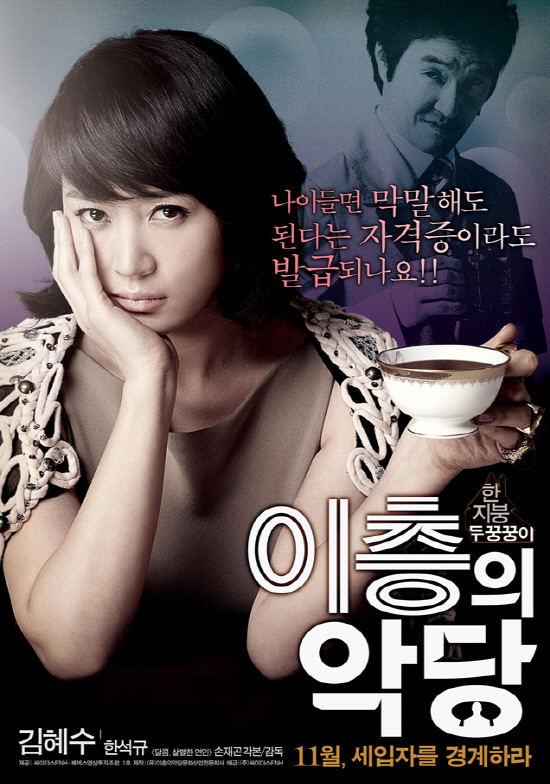 Yeon-joo is a widow, suffering from depression and insomnia. She lives with her only child, Seong-ah, who used to be a child model but is currently being teased at school for her looks. (K-pop boy band, U-Kiss’ member, Dong-ho also played a minor role as a school boy who harasses her.)

In order to financially support herself and her daughter from plunging into a deeper debt, Yeon-joo decides to rent out a spare room on the second floor of her house.

Her tenant seems like a harmless man who claims to need a room for a month or two, to write his novel. In reality, Chang-in is a professional thief who’s trying to find a set of ancient tea cups that Yeon-joo’s deceased husband hid in the house.

Before moving in, Chang-in initially thought it would be a piece of cake to discover the priceless utensils – but as time ticks on – the task turns out to be a little too difficult. 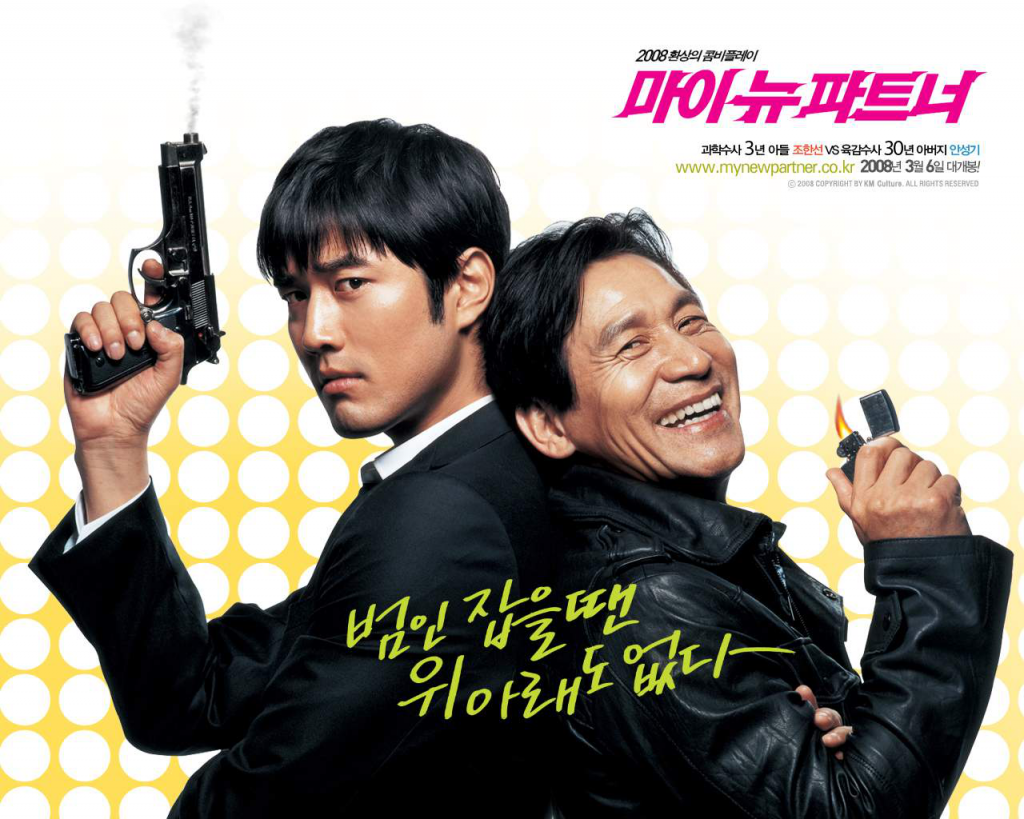 Young-Joon is a very lieutenant who graduated from the Police Academy.

He’s been assigned the mission to join an investigation team in Busan whose chief is his estranged father whom he hasn’t seen for eight or so years. This case involves a heavy drug trafficking, so Young-joon has no choice but to cooperate and stay with his father and his unruly team until the case gets solved.

His father, Min-Ho relies on natural instincts and keeps no laws or regulations when it comes to investigating, unlike his son. The pair can’t see eye to eye and there is still a lot of animosity brewing on Young-joon’s part because of what his father had done to his mother in the past.

The investigation seems to bring the father and son closer somehow, but is a suspected mole in the police force and Yeong-joon can’t help suspecting his own father.

This movie features quite a bit of action, blended with a little comedy here and there. The action scenes are worth-watching and the main characters acted by Ahn Seong-ki and Jo Han-sun make this movie very worthwhile to watch.