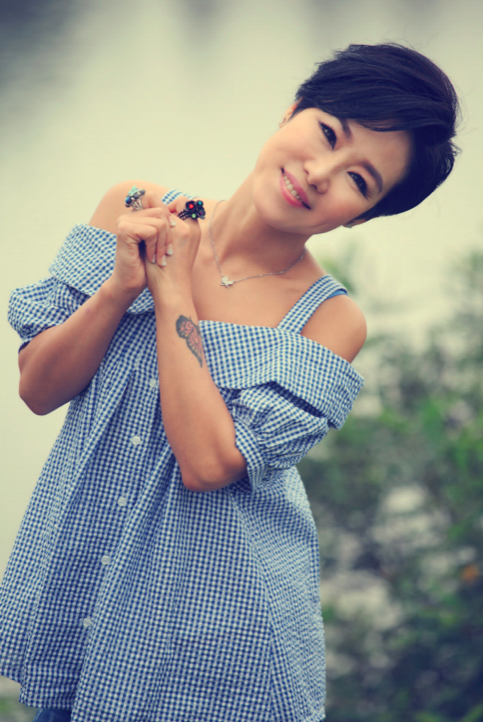 *Could you introduce yourself to your international fans?

Hello, I am singer Do Hyuna. I made my debut in 1997, when my song featured in a Korean TV drama. Since then, I released several albums and am currently working as a radio DJ at TBN Jeju broadcasting station.

*”Just Trust Your Noona” which was released in August has an EDM sound that feels youthful. Was there a reason for you to release a new style of music?

The song was written by myself a year ago. I composed and wrote the lyrics. At first it was a acoustic guitar folk ballad but I thought the public would want something more uplifting due to the coronavirus pandemic, so I switched the song to EDM music that the younger generation would enjoy.

I usually mix in bossa nova, rock, jazz and other genres of music when writing songs and always try to think of renovative ways to compose music. I had a lot of trouble writing “Just Trust your Noona” which was the first time I ever implemented EDM genre. I got to meet Starchild team who won the world’s EDM contest that helped to produce the song which resulted in such a sound full of energy.

*You wrote the song yourself. What led you to compose and write lyrics?

I think it was due to desperation. I’ve been through the past where I lost everything while being a singer and hit rock bottom. So, it is a challenge for me to try out something new each time.

*How are you spending time during lockdown?

I’ve been affected by the coronavirus due to the current state of public performance and the various. Artists are trying ways to perform online and I, myself am trying to communicate with people through my radio program. Just because the station’s in Jeju, it doesn’t mean the listeners are all from there. I really enjoy the two hours of talking to an audience who can connect through an app.

*Tell us how you spent your hiatus before making a comeback.

Then one day, I got a phone call. A producer who was a fan of my music asked if I would be the DJ for his new show. I declined, but persuaded me for 2 hours so I accepted in the end. He taught me everything about broadcasting. We’ve broken records of receiving the most text messages on the show. I got offers from other stations and spent 8 years DJing. But during the time, I had to watch my peers singing and I really wanted to sing so badly that I would cry by myself.

I started to play music in my room and practice singing and trying to find ways to sing again. I was then able to gradually regain my voice and got to release new music in 9 years.

*How do you release stress normally?

I release stress through working out and meditation.

Through having been suffering from depression and panic disorder, I learned ways to overcome things in my own way. I try to calm myself by meditating and taking time on my own. If you sweat and work out a lot, you’ll notice a difference in your body as well. You’ll then gain confidence and be able to get rid of stress. I worked out at the fitness center a lot during my hardships. I was awarded second prize at the competition held at the fitness center. I learned how to box and ways to calm myself down through meditation and yoga. I was then able to regain my strength back to normal and was healed of my anxious mind.

*What did you dream of becoming before you became a singer?

My dream, when I was younger, was to become a Korean traditional dancer. A teacher recognized my potential talent during a dance class, so I was given lessons by a professional after obtaining permission from my parents.

I won awards at competitions and was awarded the gold prize as the representative at an international contest. But not long after that, my mother passed away and I became the head of the family and had to give up dancing. If that hadn’t happened, I might have become a professional dancer and be teaching students.

*How did you initially get into Trot music?

I sang a lot of pop and rock music when I was a vocalist in a band. Then I was spotted by a music director from a broadcasting station and that got me featured in an original soundtrack to a TV drama. Back then, music genres were separately broadcasted as it is now. I think it was from the late 90s that trot was separated as genre for adults. I was given songs and lyrics for adults, and was able to identify with trot music.

*What do you think about the current trend of trot music that is trending in Korea through music programs?

Trot music is on TV through every channel these days. It seems a tsunami of trot is coming out. I was pleased the trend is coming back at first. But at the same time, trot music seems to be all over the place, from all kinds of TV shows to auditions. I am a bit concerned that the trot trend will become tedious or distorted and be considered too light for the public.

*Which one of your songs is your favorite?

I personally like “Crying by Myself – 혼자 울고 있어요.” I went through some hard times when I was active in Japan briefly. I would sing the song to myself.

These days, I also like “As One –하나되어” and “Just Trust Your Noona – 누나믿고 나와” -the latter being the first song that I wrote, I like that a lot.

*Have you encountered any emotional incidences during your singing career?

I held my first ever concert after regaining my lost voice for 8 years and people from all over Korea came to Incheon for the show. I would never forget that.

And I recall meeting my school friend at Do Hyuna’s Music Story concert which was nice. What left a big impression on me was a fan who became my fan when I first appeared on TV came to my show 10 years later and congratulated me. That was something that I won’t forget.

*How do you want to be remembered?

Before, I wanted to be remembered as a star who had hit songs. But after going through many hardships, when I couldn’t sing anymore, I had no desire but to sing. When I regained my voice and was able to sing in front of an audience, I want to be remembered as a friend, a family member to them. I want my songs to comfort them in times of sadness, as Do Hyuna the person not just a singer.

*What are your plans for the future?

Because of the coronavirus, there has been many changes to the broadcasting world and performances in arts. I mean to press on ahead with my radio program. I get offers from other stations too but don’t know what the outcome would be right now, but I plan to keep communicating with my listeners.

I also plan to hold a charity concert for everyone who is having a hard time due to the coronavirus. I am currently active as a NGO ambassador, so I am ready to go overseas wherever I am needed.

*Thank you for the interview. Please leave one last word of encouragement to the fans.

I will always be singing around you. I would appreciate it so much if you would love me and my music always. I hope you’ll stay healthy and happy! I love you all! ^^ 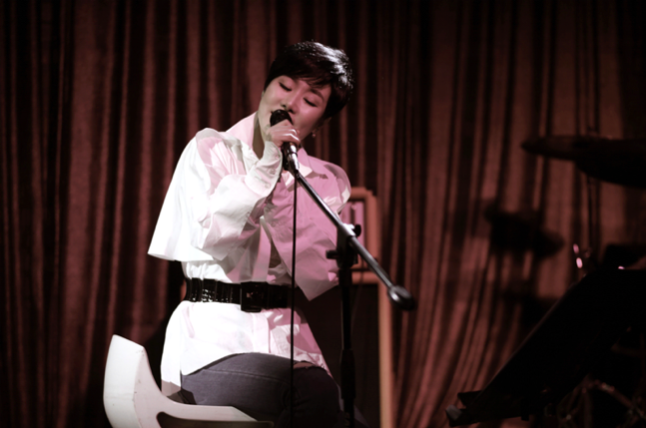