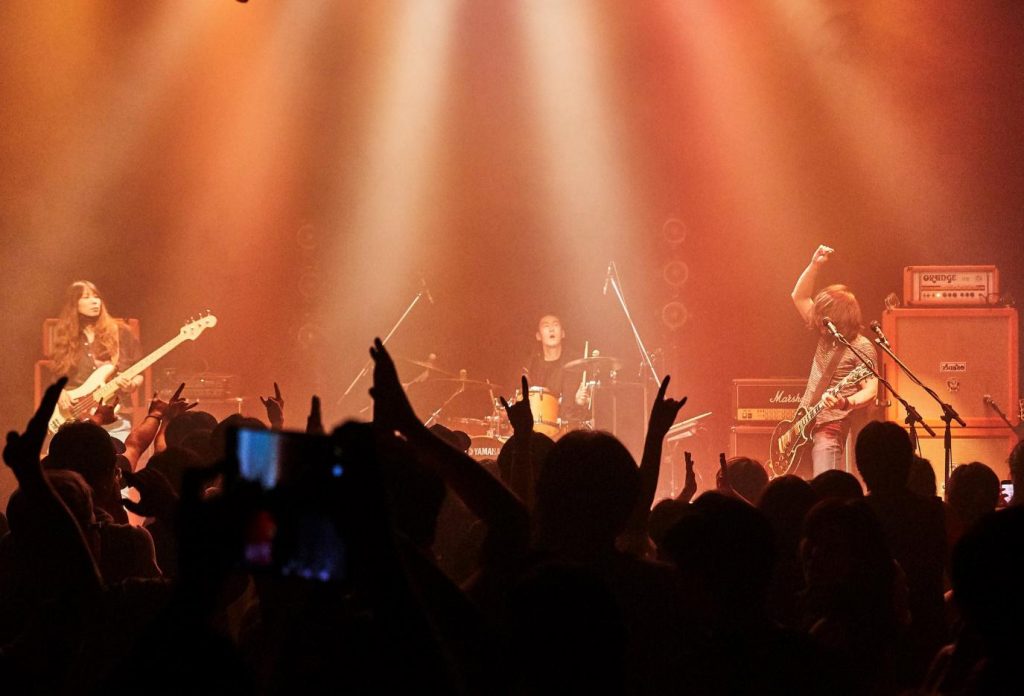 For this article, we’ve interviewed HarryBigButton, which is a rock band from Seoul, Korea. We’d like to thank Mr. Lee for providing an insightful interview into the band and wish the band all the best in their future endeavors!

Hello, I am Sungsoo Lee, the leader, vocalist and guitarist of the rock band HarryBigButton. It’s nice to meet you all.

Tell us about your music and the new album.

HarryBigButton is a Post-Hard rock band that pursues both vintage and modern sound.

If you like movies then please check the album out. HarryBigButton’s new

album will stimulate – not just your ears – but your imagination.

How was the band formed? Introduce to us the newly joined members.

HarryBigButton was first formed in 2011, so it would be exactly its 10th anniversary next year. Since May of last year, we’re joined with Inyoung Kim at the base guitar and Yeonsik Yoo at the drums as the guest member. They’ve only been here with us for a year but they’ve already been to Russia and Taiwan concerts and large festivals – also working on the new album.

How many hours do you practice per days?

We’ve never timed ourselves practicing but we practice every day. Our band practice is held 2 or 3 times per week. We usually practice together for about 3 hours each session but it’s always an enjoyable time and the time seems short.

Which artist or musician do you respect the most?

David Bowie. He was always moving forward and never stayed in the same place. His attitude to life and passion to art have left a big expression on me. I recall sobbing out loud when I heard the news of his death. We have a song on our second album dedicated to him, called Drifter.

I am a butler to a cat. When I am not doing music, I have the obligation to serve Koomi. ^^ And I draw a piece of drawing a day, which I think will be revealed to the public soon, if you guys want.

Where do you think is the best place in Korea to travel?

If you want to enjoy live music, you should come to Hongdae.

If you wish to enjoy both the nature and the city, I recommend Busan, the coastal city in the South of Korea. You can experience both the sea and the center of the city there. If you’re planning to visit Korea, don’t forget to check our performance schedule too. 😉

Let us know about your goals and plans for the future.

As you’re all aware, now is not the time to set too many plans. For now, we’re concentrating on preparing for the next album. Season 1 will be released on June 4th, and we’re currently selecting movies that will motivate us for Season 2. If there are any movies that you’d like to recommend us, please write to harrybigbutton@gmail.com or HarryBigButton social media.

I think sharing music with the most people possible is the best thing an artist can hope for. We hope to see the readers to meet some day at our concert!

Please say something nice to the fans!

We’re currently living in a weird world right now due to the coronavirus. But we’re going to overcome it and we’ll be able to meet. We hope that our music will provide positive energy for you all. Until next time, please stay safe, stay strong and keep rocking!