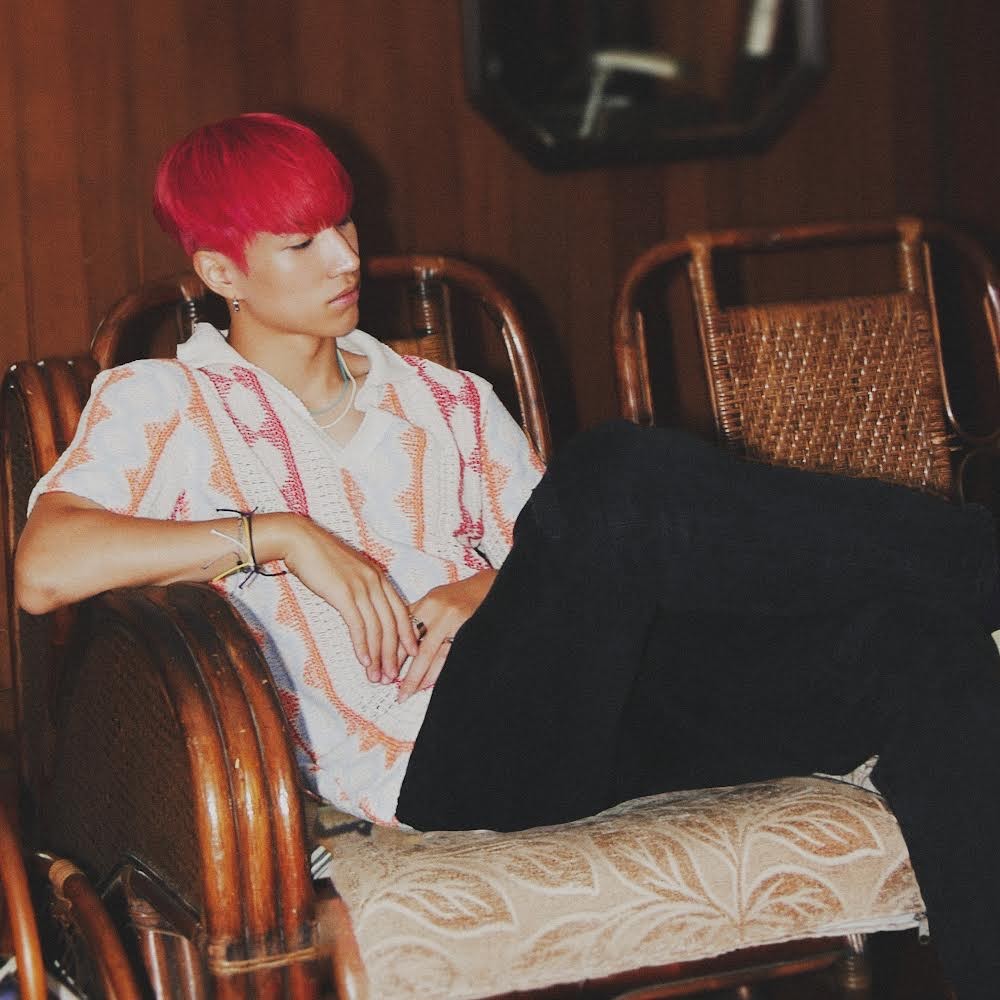 Corbyn, under 28 LABORATORY label, is soaring high in his music career. In an in-depth interview, we get to understand Corbyn’s music composition and production, meaning behind his lyrical pieces including “Burn”, and interaction with multiculturalism among others.

1. How did you get into music?

I grew up with a family with an affinity for music. My dad used to come back from work and find time to build his own collection of tube amplifiers. Every morning before school I remember waking up to music blasting from one of his amps that set the tone for the day. I’d say I picked up the diversity in my playlist because I was influenced by his catalogue. Also, my sister was an accomplished student of music who used to recommend a lot of incredible jazz music to me. Music was a part of my life at its highest and lowest of points. Naturally I’ve come to realize that life would be insufferable without music

2. In your former K-pop group, you had solid roles including being a vocalist, leader, producer, composer. How easy was it going solo?

It wasn’t easy. I still felt like a tourist when it came to music as a player. I was a listener growing up and never took the opportunities to develop a skill in playing a certain instrument including my voice very seriously until late in my high school years. It was when I started hanging out with friends who used to rap and share my love for hip hop music that pushed me into taking my first step without me even knowing it. I wanted to make beats for them to rap to. Long way of saying I’ve wanted to be the man behind the music not the microphone so a solo career seemed kind of like an afterthought. When my contract expiration was nearing, I met up with my current business partner Michael Park and the conversation I had with him was the turning point. We believed each other’s vision and I knew I had to do this.

3. You moved to the US at an early age. How has your experience been with multiculturalism and has it in anyway affected your music career?

Absolutely. I moved to the states when I was 4 or 5. Transitioning into a whole new cultural system at a developing and an impressionable time in my life, I was able to see and experience new things while having the traditional discipline of a Korean household. My parents and I would talk a lot about life and music back in Korea while I was sponging in the current trends with my friends outside the nest. It was cool because early on my dad was also vibing with music and the cultural zeitgeist. His first few albums he gave me ranged from hiphop to classic rock while also exposing me to korean oldies and international folk music. I definitely took it for granted back then but these days I realize how important that was to me in developing my musicianship now.

4. Why did you choose to venture into K-pop despite having the opportunity to pursue your music career in the Western peninsula?

It was just a chain of events and the product of me riding along with the waves that life threw at me. I had an a&r rep from Korea reach out who had gotten a hold of some of my music that suggested I fly out for a few months and see how I like it here. Met a lot of folks and that eventually led me to my former CEO who wanted a meeting with me. The day I met him, they were holding final round auditions that I didn’t even know I would be a part of. Rest is history.

5. You started your K-pop journey in 2012 and have since contributed to producing and writing numerous master pieces in addition to wooing fans with your vocals, rapping, and performances. How did you get into music production?

Watching one guy (DJ Exile) on a stage rock a crowd with just a sampler/drum machine like he had a whole symphony behind him was part of my early inspiration. It showed me that you didn’t need the traditional knowledge of how to play every single instrument to put together your thoughts on a track. I started listening to how certain sounds work together and how a single sound versus a chord progression can make one story go from being intimate to grandiose. The limitless possibilities when it comes to music production is the reason why it’s so hard to not absolutely lose yourself in the production rabbit hole. That’s how I fell in love with the production side and will continue to be a student to its enigma.

6. How would you describe your style of music?

I would describe my music as honest. I have so much music stylistically that I plan on branching out to in the future that it’s impossible for me to box myself into a specific style. But I know the common theme I would want the audience to take away from my music is the honesty in my work. That my music is a marker or a reflection of how I felt at the time it was made.

7. Your ” Million Dollar Dream” debut song had such a strong aura. What was the song’s intended message?

M$D was written about the pressure of deciding whether or not to pursue your dreams. The decision of giving in to the mundane and safety versus taking the hard path to ultimately achieve what you want regardless of the hardships that come with it. It can really mean a lot of different things depending on where you are in your life. For me it was the decision of signing a deal or going independent. Whether or not I will give in to the false security of signing a deal with a group of people who only sees me as a vessel for making money or betting on myself.

8. From burning with the “Burn” single to freezing with the “Cold” single. The vocals in these newest releases are off the charts and so are the emotions, which overwhelm the lyrics. What’s the inspiration behind these tracks and is there a connection between the two?

Burn and Cold are both a part of an extended story that connects to the release of my first album “Our Static Seatbelt”. It’s part of an emotional rollercoaster that one would feel before, during or after a car crash with their significant other. In a way, revisiting the beginning, middle and end to a turbulent relationship. You’ll have to listen to the whole album to get the full story but I didn’t make it so obvious that it has to mean one thing to the listener.

9. Who is your biggest inspiration?

My loved ones. The ones that believe in me. My family, friends and fans. It’s an easy answer but one that becomes more cemented over time.

10. Do you have more time now to spend with family and friends since going solo and how so?

In a way I feel like I’ve been more busy after going independent with so much more responsibilities. I’ve definitely made a concerted effort to talk to my family more often since I’ve gone solo. I try to go out and see my friends more than I have before too.

11. Would you choose visiting an art gallery over viewing an action movie, if so why?

I love watching movies. I’d assume it inspires a lot of ideas for musicians and artists generally. I actually prefer psychological thrillers over just an action movie but any script or visually thought provoking movies used to be my go to if I felt a little uninspired. Art galleries are cool too but movies are just more readily available.

12. Do you have a habit since very young, you wish you could break, if so what would it be?

Not really. I rub my index fingernail with my thumb on the same side (like an okay sign) as maybe a self soothing mechanism. Never thought it was too weird so I never bothered correcting it. Now that I say it out loud it does sound a little weird.

13. Is there a book, song, movie or family member that is your go to, if and when you are feeling a little down and out that can cheer you up?

It generally changes overtime. I may have watched “Fightclub” the movie one too many times. I definitely lean on good music throughout the day but the playlist itself changes from time to time. If we are talking guilty pleasure viewings “Breaking Bad’ “The Office” and “Rick and Morty” are my go tos at the moment.

14. You already have numerous hit songs coupled by a global following. Your merch is also selling out massively. What’s next for Corbyn as an artist and brand?

Continue to build a relationship with my supporters. As I said before my music is documenting my life at the moment of its conception. The honesty is what I assume the fans connect and latch to. I was on a year-long hiatus so there is a lot of music to make up for.

15. Do you have any words for your fans?

Thank you. I’m so blessed to have the support of the fans I have right now. The day ones. The folks who ride or die. Words are meaningless without action and I see and feel the love. Let’s keep building. Let’s keep going! Love y’all.