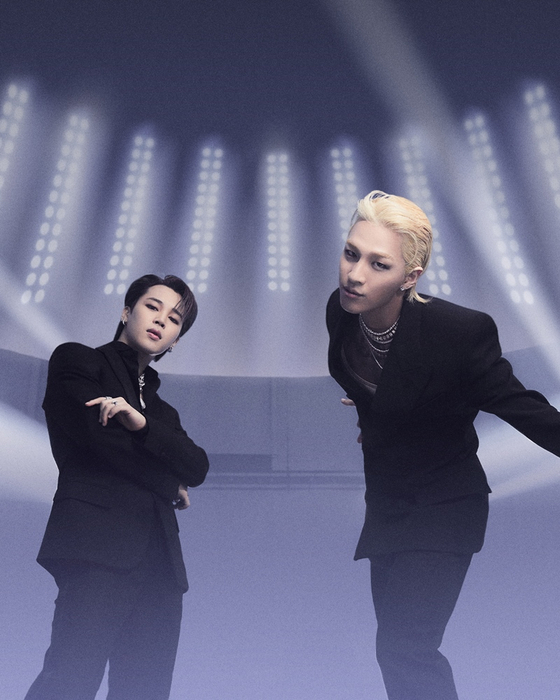 The craze for K-pop is expected to continue this year as well. The music industry has been experiencing a comeback rush since the New Year. Rookie New Jeans heated up the K-pop market from the beginning of the New Year with their new song ‘OMG’, followed by Legendary group Big Bang’s Taeyang and BTS’ Jimin to release a new song.

Taeyang’s new digital single ‘VIBE’, released on the 13th, attracted the world’s attention at once. The fact that K-pop legends Big Bang and BTS held hands became a hot topic. The music video surpassed 20 million views on YouTube in just one day of release. Taeyang’s agency, The Black Label, announced on the 15th that it ranked No.1 on the ‘World Wide’ chart of the global music streaming platform iTunes as soon as it was released on the 13th.

Taeyang said that he suggested collaborating with Jimin on the advice of Teddy, the executive producer of his agency, and said that it felt like an old hip-hop duo. Taeyang’s new digital single “Vibe,” featuring Jimin, is Taeyang’s first solo song in six years since his third full-length album, “White Night,” released in 2017. Taeyang participated in writing the lyrics and composition, and Jimin contributed to the featuring and composition. The music video in which the two appeared together recorded 31.97 million views on YouTube as of the 15th.

New Jeans, who opened the door to this year’s comeback relay, has maintained the second place on the Melon chart for nearly two weeks with the new song “OMG.” The top spot is also held by New Jeans’ Ditto. In addition, on SBS ‘Inkigayo’ on the 15th, they won first place with the title song ‘OMG’ of the same name from the single album ‘OMG’, winning 6 crowns on music broadcasts with the new album ‘OMG’.

New Jeans entered the ‘UK Official Chart’, one of the world’s two largest pop charts along with the US Billboard as well. It is known that the official chart has a higher threshold than the Billboard chart. In Korea, there are only a handful of teams that ranked on this chart, including Psy, BTS, and BlackPink.

The group BTS, which temporarily suspended their activities, is still at the center of the topic. Jungkook took first place in the list of ‘World’s Most Handsome Men’ for two years in a row from the year before last to last year. The voting website King Choice held a vote for ‘100 Most Handsome Men in the World in 2022’ until the end of last year. Besides Jungkook, among Korean stars, Lee Min-ho ranked 4th, BTS Jin ranked 6th, Lee Joon-gi ranked 7th, BTS V ranked 8th, Astro Cha Eun-woo ranked 9th, and Ji Chang-wook ranked 10th.

As the boom in the K-pop market continued, last year’s album exports reached a record high of 300 billion won.

The countries that imported the most Korean albums last year were Japan, China, the United States, Taiwan, the Netherlands, Thailand, Hong Kong, Germany, Indonesia and France.

Looking at the annual album chart, which combines exports and domestic consumption last year, it seems that large idol groups such as BTS, Stray Kids, and Seventeen, and new girl groups that have emerged in the music industry have led these achievements.