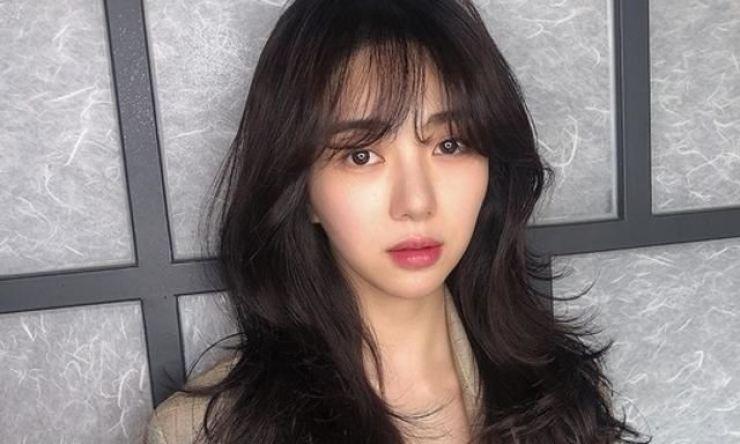 Korean actress and former AOA member Mina has regained consciousness after a few days of being hospitalized due to a suicide attempt – she took no time to post a message and photos on her Instagram.

“I regained consciousness, saw Yoo’s (her ex-boyfriend) statement, and posted an explanation about his statement, but I am still the same old pathological liar, perpetrator, and the psychotic Kwon Mina. Many of you are probably sick and tired and are wondering why I am like this, right.. Would you believe me if I say it’s because it’s so unfair.. I know my wrongdoings, words and behavior that have stepped over boundaries.. When I saw Yoo’s statement, my lips were itching to speak.. but even Shin’s (AOA’s Jimin) case also climbed up to the top because you all caused it to, and whether it was the statement released or the malicious comments, everything got worse. I’ll just try to not say too much. I am a victim. Out of 4 to 5 people.. I am the longest surviving victim. I am not a mythomaniac, I revealed before that my depression is severe. It’s not schizophrenia or bipolar disorder. Due to the recent event that was more serious than before, there were many who spread false information. Indiscriminate cursing would have been better. Even that. My agency and I have already gathered a lot of information and captured them, so don’t even think of erasing them. Because they’re your words that you were so confident about. I will just reveal everything on what the truth is and what the false information is through legal action. Although they are things that can’t ever be erased cleanly. I’m sorry for always being loud and noisy.. But if you were in my position for even a day, I don’t think those words could ever come out.. It has been extremely hard, and it is hard now. Shin’s case and Yoo’s case, and everything..

P.S: You say that you’re tired of me for constantly repeating myself and acting like the victim, and the other members whose names keep coming up are pitiful for meeting someone like me? There will be no mercy shown to those who have commented on what kind of person I am, commented on why I keep repeating the same things over, asking who made me speak up again after staying quiet for a while, and those who talked as if they knew everything despite not knowing the inside story. I am confident. If my words are lies and false, then sue me, like I am. I will keep going until I get rid of even the slightest bit of my resentment.” 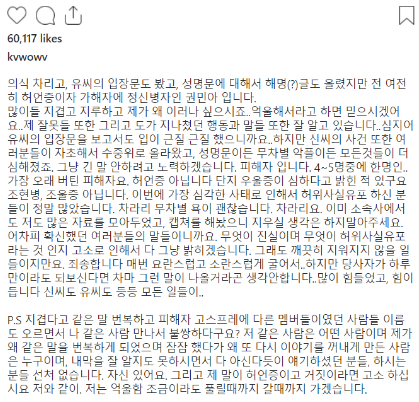 On July 3, a group of AOA’s fans released a statement that they did not agree with Mina’s accusations that she was bullied and mentally taunted by former bandmate Jimin during her time in AOA. They stressed the fact that Jimin left AOA and the entertainment industry last year, she had not really admitted to bullying Mina.

There has been a growing number of bullying accusations in the Korean entertainment industry as of late, and they seem to spring up every few days or so. Since the majority of these claims do not (or cannot) provide evidence in most cases, it is very difficult to uncover what really took place.

If anyone is going through a hard time due to mental health, we strongly advise you to please seek immediate help from a professional.