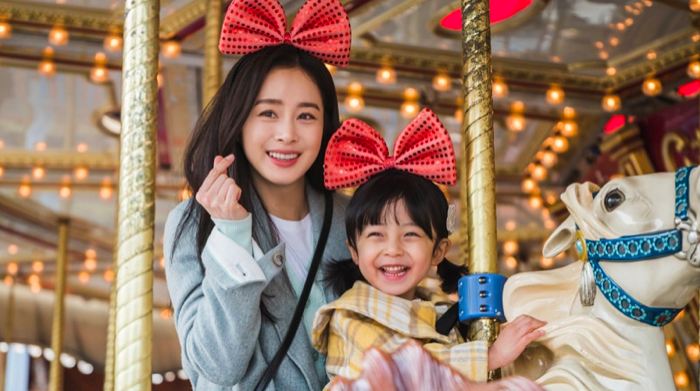 Family, tragedy, sorrow, heart, and healing: The TvN/Netflix drama Hi Bye, Mama! has it all wrapped up in a heartwarming comedy-drama that asks the question of what would happen if a loved one came back to life to regain their place amongst their family and friends.

Hi Bye, Mama! tells the story of Cha Yu-Ri (Kim Tae-Hee), a young woman who died prior to the birth of her daughter, Seo-Woo (Seo Woo-Jin). In the five years since her death, Yu-Ri has watched her daughter grow while lingering around her family including husband Jo Kang-Hwa (Lee Kyu-Hyung) and his new wife, Oh Min-Jung (Go Bo-Gyeol). When Yu-Ri is set to face judgment and finally cross over, the gods hear her tearful plea to let her stick around by gifting her with 49 days of life with a chance of being human again if she regains her position in her family.

The story holds an interesting premise that is enough to draw in an audience. A look into the afterlife and the imagination behind what people may think happens on the other side always provides solid storylines that pack an emotional punch, and Hi Bye, Mama!” does just that. The audience has a chance to put themselves in Yu-Ri’s place as she navigates trying to help her daughter chase away the ghosts that haunt her while trying to, unsuccessfully, stay hidden from her friends and family.

The story has several strengths. First, it is not the typical love story featuring a love triangle with two women vying for the man’s attention. Instead, Yu-Ri’s introduction provides a monkey wrench in an already strained marriage, but it is done in a non-romantic way as Kang-Hwa wrestles with his regret over losing Yu-Ri and not being able to save her. Meanwhile, while Yu-Ri still loves her husband, she is aware that she is not his anymore as Min-Jung has stepped up for the role as the viewer sees their love story unfold in flashbacks. The show does a great job of showing Kang-Hwa’s anguish over the past and his struggles with his present relationship, all while avoiding the typical drama trope of lovers battling for each other. The way Hi Bye, Mama! tastefully balances and contrasts between Yu-Ri and Min-Jung and their interactions with Kang-Hwa, and the show also does a great job creating a relationship between the two women that is realistic despite the supernatural qualities of the show. For once, it was great to see a stepmother portrayed positively instead of being villainized.

Secondly, the relation between Yu-Ri and her family is heart wrenching and beautifully done. At first, it was irksome that Yu-Ri wanted to avoid her family and had her friends keep her secret. The “keep-away” aspect of the story felt unnecessary, especially knowing that Yu-Ri watched her family languish for five years because they didn’t get to say goodbye and knowing that her mother prayed for her every day. However, Yu-Ri and her family’s reunion was sweet, tender, and a great reward for the viewer. The scene where her mother sees her for the first time is a tear-jerking moment, and the scenes where Yu-Ri, her mom, sister, and dad lie together when she first comes home garner laughs and tears. As a person who’s lost family members, these scenes tugged at the heartstrings and filled me with “what if…” thoughts if my loved ones ever returned. 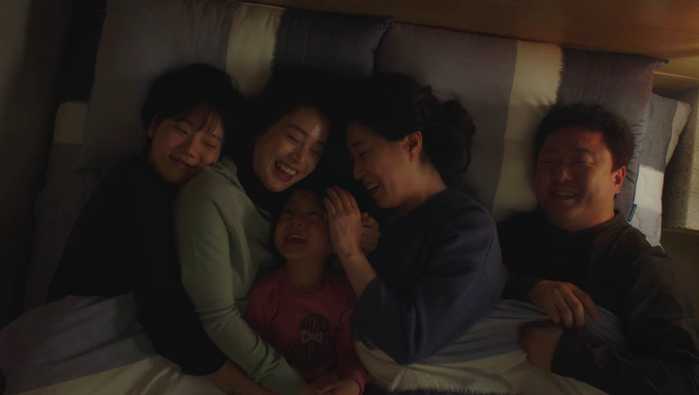 Those moments of “what-if” thoughts are, perhaps, the strongest element of Hi Bye, Mama! The show truly invites the viewer to think about their relationships with family, friends, and other loved ones and what lies in the aftermath after a loved one’s death. Here, the performances of Kim Mi-Kyung, Park Soo-Young, Kim Mi-Soo as Yu-Ri’s mother, father, and sister radiate as they grapple with their loss of Yu-Ri, her eventual reappearance, and the fractures to the family her death caused. Park Soo-Young’s role as Cha Moo-Poong, Yu-Ri’s father, was heart wrenching and realistic as he tried different ways to be able to see his granddaughter, Seo-Woo, while Kim Mi-Kyung stirs strong emotions as a mother unwilling to let go of her daughter. If anything, Yu-Ri’s family dynamics make the show worth checking out. Yu-Ri’s family is the most relatable bunch in the show.

While Hi Bye, Mama! has many solid points, there are also glaring issues that tampered with the overall appeal.

First, the story suffers greatly from dropped storylines. In one instance, Yu-Ri’s tasked with helping fellow ghosts resolve some personal issues in order to help encourage them to crossover to receive judgement. This angle would have been a great story to explore while adding extra conflict to Yu-Ri’s mission in regaining her place in the living world, and it would have been great to see her juggle each of the tasks. However, she helped one ghost and the side-story was quickly dropped and hardly mentioned again, thus killing an angle that could—and should—have been explored more.

Another plot-point fail was the introduction of Guk-Bong (Yang Kyung-Won), an exorcist who is looking for Seo-Woo and Yu-Ri’s ghost friends. His introduction could have been more compelling than it was since he is such a dark, interesting character (a complete shift from Yang’s portrayal of Pyo Chi-Su in Crash Landing on You), and his search for Seo-Woo added more urgency to Yu-Ri’s actions and provided a great story angle for three of Yu-Ri’s ghostly friends. Unfortunately, as quickly as he was introduced, his plot was also quickly dropped in an anti-climatic way that didn’t feel sensical to the overall story. A lot of his story with the ghosts was done “behind the scenes” in a sense, and that was problematic.

The two dropped plots may have viewers wishing the writers either followed through or avoided the storylines altogether just to focus on the family and friends’ angles.

While miniscule, another issue was how annoyingly fake Yu-Ri’s pregnancy belly was in the flashback scenes. The pregnancy pad almost had a life of its own as it was often shifted weird or too high up to be a convincing pregnancy belly. The flashback scenes were almost too laughable because of how often the pad was in different positions. Surely wardrobe could have caught this issue.

While the show aired, people took issue with casting a little boy to play Yu-Ri’s daughter, Seo-Woo. For the casting, this is non-issue as Seo Woo-Jin did a nice job as Seo-Woo. He was cast because of his strong resemblance to Kim Tae-Hee, and he really did look like he could be Kim’s child. Casting children—especially babies and toddlers—who are the opposite sex of the role has long been common practice in the TV and cinema world, so for it to be an issue now seems silly. Seo Woo-Jin barely had any speaking parts, and his overall actions weren’t exclusively gendered in any way to “damage” the child. Even his own mother defended the casting choice by saying “knows her son better than anyone.” Both of his parents also hold psychology degrees. Also, people tend to forget that acting requires taking on different roles and “wearing different hats.” Again, the casting choice is a non-issue.

Overall, Hi Bye, Mama! has a solid, moving story, but the dropped plotlines provided some issues that marred the tale. The show is one that will make viewers think, so that point is a saving grace to help Hi Bye, Mama earn a 3/5 score.

One response to “Flawed “Hi Bye, Mama!” a Sweet Look at “What-Ifs””