Episode 3
This mini drama stars Moon Gayoung as Yeonhee, a shy girl treated harshly by her mother (similarly to Sweden Laundry, for those that have watched that) and Exo as themselves.

Picking back up from the last episode with Yeonhee is having a nightmare, ending with Chanyeol sitting on her bed asking if she had fun sneaking a peak into their house. Later, Yeonhee being instructed by her mother, who I guess is the person renting out the house to Exo, to clean and do the laundry for Exo while they are staying. Naturally, she throws a fit and her mother almost reveals who is staying in the house (she doesn’t know Yeonhee already figured it out).
Gaeun, who also appeared in the last episode to spy on EXO, brings the distressed Yeonhee EXO fan club goods to clean with, telling her if she feels bad for spying she needs to do a good job cleaning.
This cuts to a side story of Sehun looking for drip coffee and approaching Kwangsoo, Yeonhee’s brother, who prepares him coffee by hand much to Sehun’s delight. 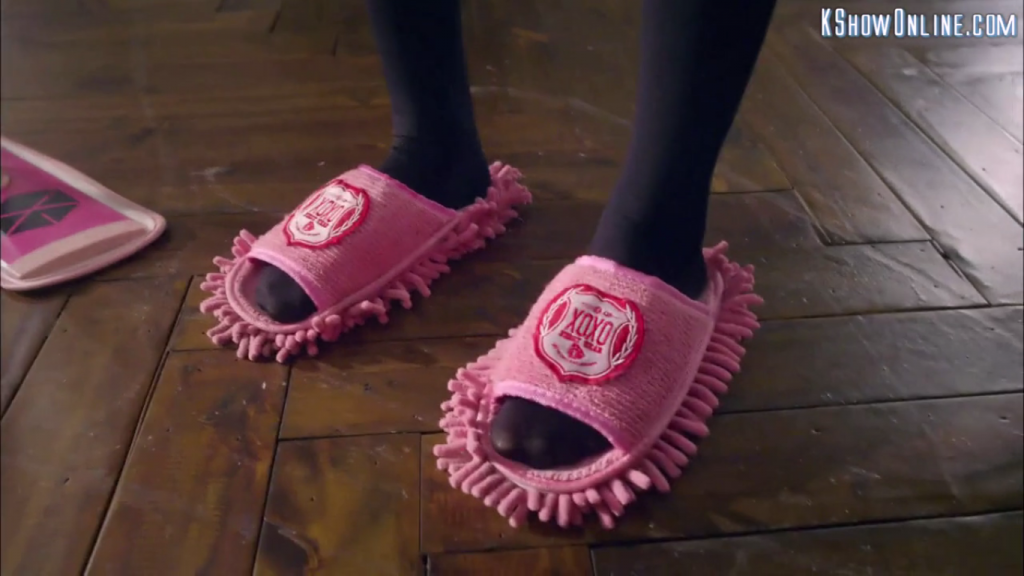 Yeonhee begins clean but like any super fangirl in her position might do, she gets a little distracted; at one point smelling what she believed to be Baekhyun’s worn clothing. While hanging clothes to dry, she realizes Exo were the mysterious figures she ran from and in her curiosity goes into one of their rooms. After she accidentally knocks over several musical instruments in the room while attempting to kill a roach, Chanyeol enters and scolds her. Yeonhee runs out and is comforted by D.O, which makes her face turn extremely red. The episode ends with Chanyeol watching the two of them. 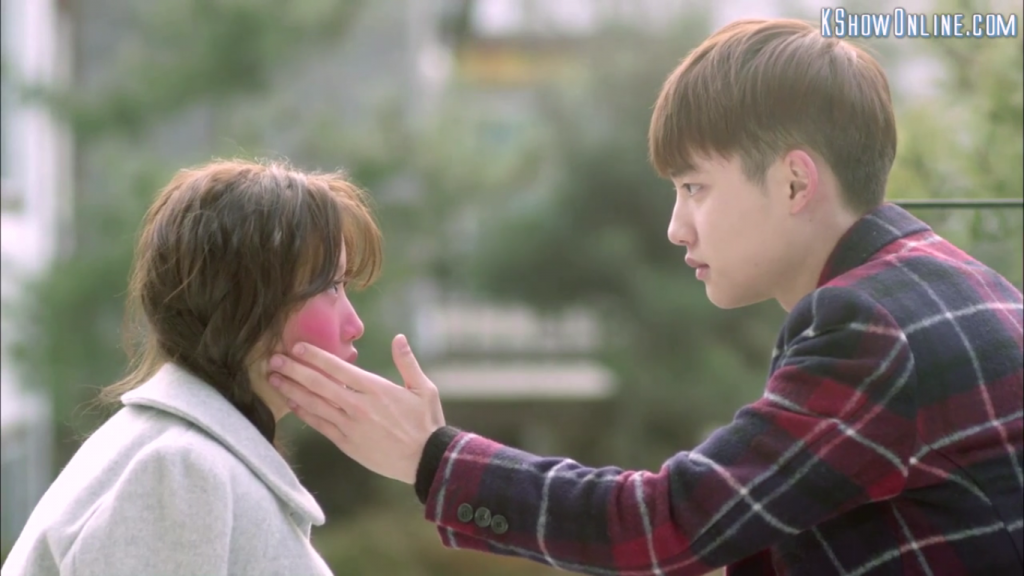 This episode was funny. There still hasn’t been a real explanation for why EXO are staying in the house but I’m hoping that would be coming up in the next 2 or 3 episodes. While the short episodes are nice, it makes it harder to move the story along without making it seem awkward.

This episode starts with clips of EXO live concerts, and a voice over of Chanyeol saying it all happened a year ago. After the concert, Chanyeol accidentally breaks his necklace and receives the news that his grandfather has passed away. 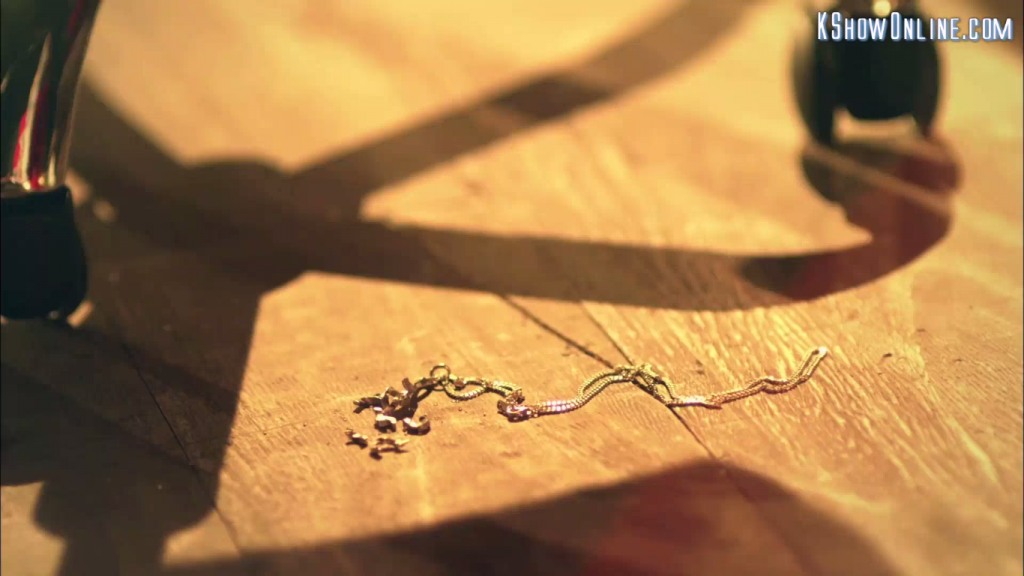 There is a cute flashback where it shown his grandfather gave it to him when he was younger. From that point on Chanyeol had bad luck including causing Suho to injure himself.
In her house, Yeonhee realizes she lost her phone and is calling it. Chanyeol sees it in his room and after browsing her phone tells her friend to tell Yeonhee to come pick it up. 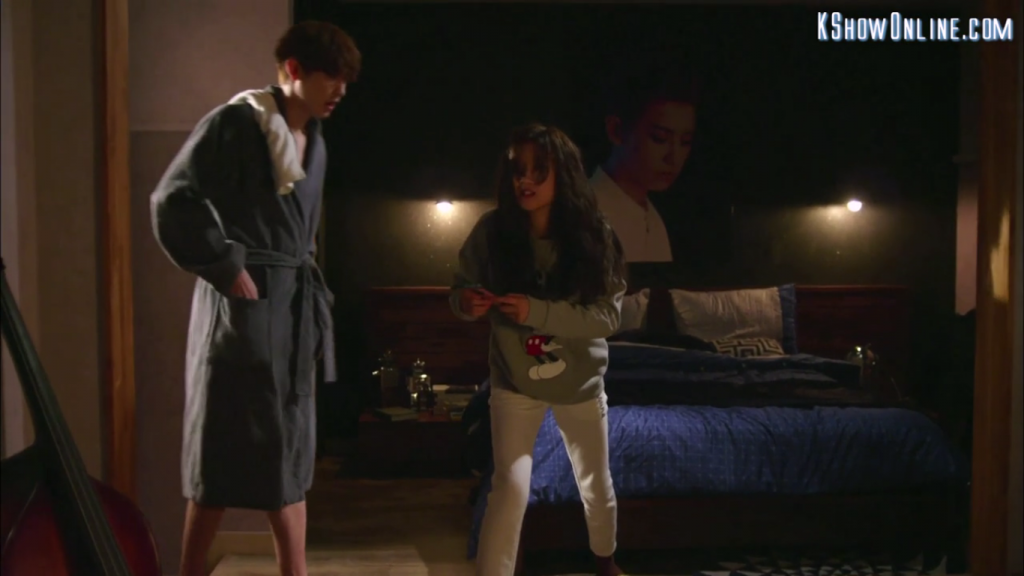 Yeonhee sneaks into the house to get it but is caught, again, by Chanyeol. Chanyeol ends the episode, asking her if she knows who he is. (I think it’s also a little strange Chanyeol sleeps with a picture of himself above his bed.)

This episode seems to pass by much quicker than the others but was more informative than the others about why EXO are on hiatus. This one leaves you anticipating the next one. The opening part of the EXO concert took up a little bit too much of this short episode but was clipped together nicely.
Screencaps: KShowOnline.com