On January 17, 2017, CLC released their mini album Crystyle. Unfortunately, the album did not get the love it deserved domestically despite the love and rave reviews many international fans provided. CLC are fiercer and edgier thanks to HyunA (yes, former 4Minute member HyunA) working alongside her hoobaes, but it also means some of the members have adopted HyunA’s high-pitched, nasally rap. With that aside, Crystyle is a strong album that helps get 2017 kicked off in the right direction.

What’s impressive about Crystyle is that the album is multi-faceted. While CLC came back with a hip-hop concept with “Hobgoblin,” Crystyle also has tracks that show off CLC’s range.

The addition of Elkie and Eunbin (added to the group in 2016) provides stronger vocal color for CLC.

In addition to new members, the fierce concept fits CLC well, which is a surprise to many given how CLC had a string of cute, basic songs after their strong “Pepe” debut. The hip-hop sound of “Hobgoblin” and the old-school vibe of “Mistake” demonstrate CLC’s vocal improvements. Each of the songs, in addition to the aforementioned, are well-executed and arranged strongly to highlight CLC’s strengths. For example, “Liar” features a nice use of high notes in the chorus, while “Hobgoblin” has some strong low tones that make the song haunting.

Then there’s “MeowMeow” that also has an old-school feel. “MeowMeow” has a Western-pop sound that feels straight of the 1990s, but the vocals fit nicely in K-Pop’s late-2000s sound. A song that has the repetition “MeowMeow” has would normally grow old fast, but the song doesn’t thanks to its catchy, addictive chorus.

“Tears Bottle” feels like it is ripped from a drama OST, but it is beautiful and feels like a sad, rainy day. The sweet vocals and echoes help make the song haunting and innocent. The rap, too, is soft, but it could have been left out as it’s barely noticeable. The song helps leave a lasting impression to wrap up the album.

The album kicks off with “Liar.” “Liar” is a strong song and suits CLC to a T. The song has a great vibe with relatable lyrics and has some bitterness with its feminine vocals. The only cons with it is that it sounds too familiar to songs available on the global market. If a listener really listens, there are shades of Aly and AJ’s “Potential Breakup Song” (and, by extension, Tahiti’s “Lovesick”) and Ladies’ Code’s “Galaxy.” All these elements come through in the chorus, so it does cause a pause and think moment that someone detracts from an otherwise well-done song.

“I Mean” is the song that stands out the least, but it’s pleasant. “I Mean” recalls previous CLC eras while sporting stronger vocals and tone. The song opens strong and has a pleasing chorus. While it is overall pleasing, the song isn’t special and is fairly basic. The track tends to fade into the background. 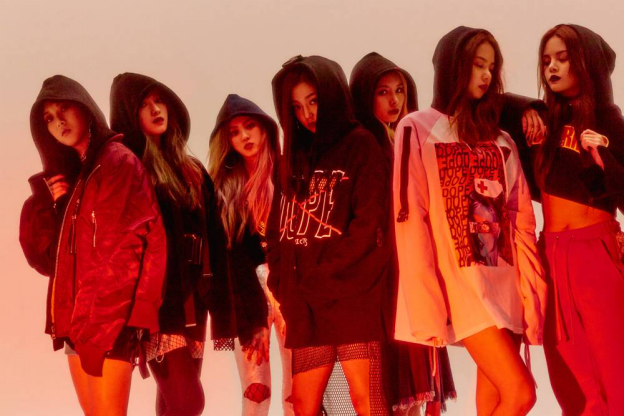 Now, the lead track, “Hobgoblin,” is fantastic and fiery and actually breathed life into CLC, especially since many thought they were on the decline with their recent string of weak releases. “Hobgoblin” had CLC roaring back with guns blazing to help them remain in the mix of the current rookie class. The song has everything going for it and has CLC fans excited, but… we’ve heard this song before!

While HyunA’s involvement in helping to turn CLC around is a huge blessing, it’s also a curse. Essentially, “Hobgoblin” is a 4Minute song, and CLC became little HyunA clones. From the style, the filming, and vocals, everything about “Hobgoblin” is 4Minute starting with how it sounds like a “Crazy” and “Hate” mashup of epic proportions. This doesn’t settle well with some listeners because it’s like Cube Entertainment is trying to morph CLC into 4Minute, a group that disbanded not too long ago. It’s almost a slap in the collective face of fans because they lost 4Minute, and here’s a newer group trying to fill their shoes. While “Hobgoblin” is unquestionably one of the best tracks in January, it also stings a bit and has too much 4Minute/HyunA flavor. There is a love-hate relationship with this track.

Another issue with the album is that the production quality isn’t up to par. For some physical albums, “Liar” and “Hobgoblin” have uneven sound and even skip in portions. The digital tracks don’t have this issue, but it is present on some physical copies.

Crystyle has some flaws, yes, but it’s a strong comeback for a group that many started to consider as no longer a contender. There are several impressive tracks despite the squeaky rapping and familiarity, so it is safe to say that CLC isn’t going anywhere any time soon as long as they get some love. Crystyle earns a solid 4/5.