Congee is a type of thick soup or stew porridge made from rice or legumes, heated and stirred until thick, and typically eaten for breakfast. Bubur Ayam or chicken congee is a type of congee that is consumed by Indonesian. Besides the traditional chicken congee, the instant congee is now common. Bubur Ayam is the most favorite breakfast food in Indonesia. The traveling vendors, small local shops, fast food establishments, and five-star hotel restaurants serve it every morning. 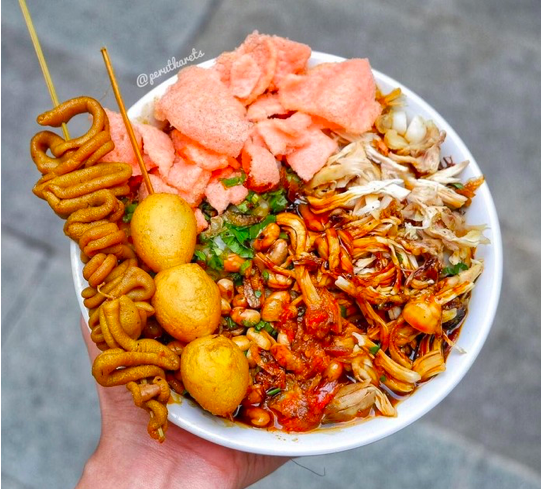 The origin of Bubur Ayam was derived from Chinese chicken congee because it consists of Chinese cuisine cakwe (youtiao) and soy sauce. According to Murdijati Gardjito, a professor of food technology at Gadjah Mada University, during the colonial period, the congee was consumed during the harvest failure, the postponement of the harvest period, and during the rice crisis. Bubur Ayam consisted of several condiments, such as shredded chicken, fried soybeans, crackers, cakwe (fried donuts/bread), and boiled eggs. Sometimes, it is often eaten with satay of chicken liver and intestine. 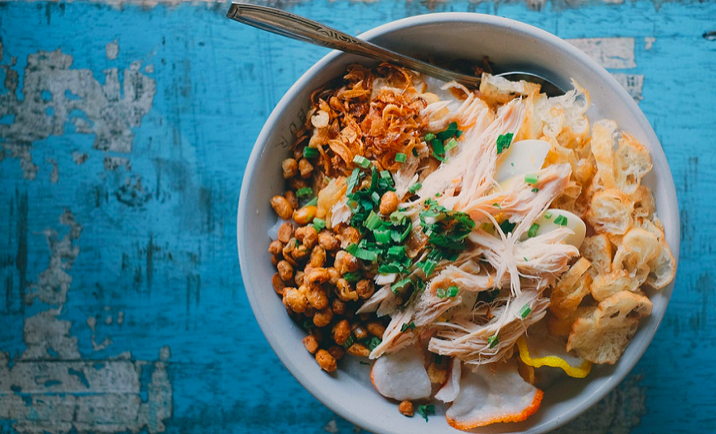 The ingredients (for 4 people).

Youtiao (known as cakwe in Indonesia)

The protein content in chicken congee is quite high because it has animal and plant-based protein sources, such as soybeans, shredded chicken, boiled eggs, and chicken liver. Soybean is the main source of lysine, which is essential amino acids that cannot be made by the body. As a result, they must come from food. Some investigations have involved the phytochemicals contained in soybean as functional in the reduction of cholesterol and prevention of: cardiovascular diseases, diabetic symptoms, bone lose straight and cancer.

When compared to rice, congee is processed more quickly into sugar in our body. Apart from its soft texture, its absorption is also relatively easy so it is very suitable for consumption by people who are sick but it is not recommended for diabetics. This is also due to the high glycemic index (the ability of food to increase blood glucose levels), which is 90.