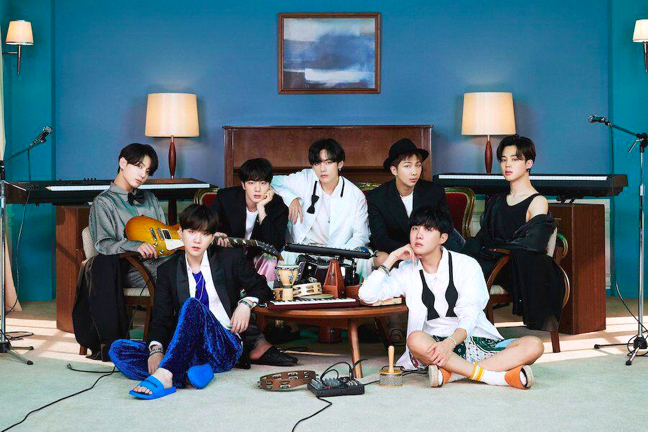 While BTS’ new album Be, launched as the group’s fifth No. 1 on the Billboard 200 chart, their single “Life Goes On” was placed at No. 1 on the Hot 100 chart, becoming the group’s third chart-topper (on November 30th), after “Dynamite” and “Savage Love (Laxed – Siren Beat)” with Jason Derulo and Jawsh 685.

“Life Goes On” is the group’s sixth top 10 single, and third No. 1., – the milestone comes less than a week after BTS was announced to be nominated for their first Grammy, where “Dynamite” is nominated for best pop/duo group performance.

Here’s the list of seven BTS’ songs on the Hot 100 chart.

BTS has never before charted more than three singles simultaneously on the Hot 100 chart. The group has so far charted 19 songs in total – “DNA” being their first to reach the US chart in October 2017.