The Mayor Of Seoul Takes His Own Life

Home › Breaking › The Mayor Of Seoul Takes His Own Life

The Mayor Of Seoul Takes His Own Life 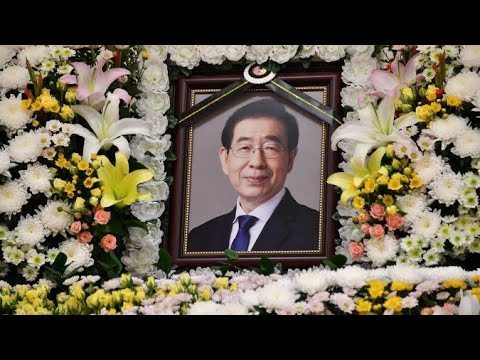 The Mayor of Seoul was found dead on 10th July, at Sukjeongmun, one of the Eight Gates of the fortress that surrounded the city since the pre-modern times. It appears that Park Won-soon, aged 64, deliberately went to this spot on the previous day without turning up to the City Hall for his daily work. He was serving his third term as mayor of the Korean capital city.

Park‘s death is officially declared as a suicide. The police report says that, since there are no signs of foul play, a post-mortem is not going to take place.

On the previous day, Park’s daughter informed the police after Park left home leaving words “to the effect of a will (after her own expression)”. It is not known what these words were precisely. On the same day, Park was spotted around the area where his body was later found. Sukjeongmun is near the Mount Bugak, and Park had been known to enjoy hiking. But it was clear that he had left home for reasons other than that.

After he was reported missing there were immediate news reports that gave the public to suspect the worst. One of the reasons to suspect some instability on Park’s part was that he was reported to the police by his secretary for sexual harassment. The same secretary is known to have stated that there were others who received the same kind of treatment. It appears likely that more lawsuits would have followed. One other thing that has been talked about the Korean media is that the said harassment occurred not only in certain actions by the late mayor of Seoul, but in the form of personal photographs sent by Park to his accuser. Ironically, Park Won-soon, a former attorney, is said to have had the first victory over a sexual harassment case in Korea.

Park was on the progressive wing, politically speaking. It would not be unjust to call him pro-China, least of all because of his own words that compared Korea to a fly that had to sit on the buttocks of the horse called China. Park was also known to have cited a poem that one should be able to praise Kim Il-sung, the founding leader of North Korea, for the sake of the freedom of speech. It is not uncommon for the Korean progressive politicians to be very well-disposed towards the North Korean regime, at the expense of the people whose freedom it restricts.

Park was first elected as mayor after his predecessor Oh Se-hoon resigned. Oh, who advocated selective welfare, suggested and failed at a referendum over the issue of free school lunch for the public schools of Seoul. Park Won-soon, who was far from being a well-known politician to the public at the time, was supported by Ahn Cheol-soo, the cyber security business owner who was then the favorite candidate, and was elected the mayor of Seoul.

There were consternations surrounding his children during his term as mayor. His son was suspected to have been freed from the obligation of military service, and his daughter had taken a very unusual route in her schooling. Since military service and higher education are two of the topics many Koreans feel passionate about, there have been some suspicions voiced, although no actual legal measures were taken against Park’s family.

Park Won-soon is not the only politician to be accused since the Me Too movement struck Korea. One recent case is the mayor of Busan Oh Keo-don, who gave up his office after a female worker there accused him of sexual harassment. The Democratic Party, the leading party in power to which both Park and Oh belonged, was criticized for not having addressed the issue before the election of public servants in April this year. An even higher-profile case of sexual offense involved Ahn Hee-Jung, who was one of the Democratic Party’s two final candidates (besides Moon Jae-in, the then-candidate and the current president) for presidency. He is currently serving a prison sentence for sexual assault.

Park’s death is simply known as suicide, with no details voiced by the Korean press. The funeral is alleged to be held on 13th July at the Seoul University Hospital.