Since the year of 1995, the ‘Dream Concert’ has been annually held for the last two decades as the main event for K-pop in Korea, hosted by the Korea Entertainment Producers Association.

The most in-demand and popular artists in Korea are invited to perform at the stadium each year, the performances in total last for approximately three hours. The message these concerts designate to get across to the audience (who are mostly students and young adults) is ‘Dreams and hope.’

The slogan for the first Dream Concert ever held in 1995 was ‘Love for the nation.’

The following year, the concert’s slogan was ‘We are against all violence’ and the year of 1996 was special for H.O.T and their fans – the five-member all male band had marked their debut that year and with the help of an army of fans

H.O.T is recorded to have brought the most number of fans for the Dream Concert; the cloud of white balloons represented the ‘Club H.O.T.’

The 70,000 seats were all filled due to the number of their fans, the ones who were not lucky enough to enter watched the concert from a screen outside.

From 1995 until 1998, the Dream Concerts were held at the Olympic Stadium in Jamsil, Seoul.

As to the entrance fee, back in those days it was free of charge. Thousands of fans would camp outside the stadium for hours waiting to get inside the stadium. The concert would wrap up around 10 pm in the evening and since most fans stayed around midnight to watch their idols leave, the line 2 on the subway station even agreed to extend their hours until 2 am instead of closing around the usual hour to get the fans back home.

In 1997, the stage was reconstructed to install more seats for a bigger audience and that year the slogan was ‘Let’s think about the young people in North Korea.’ The seats are recorded to have been about 110,000.

The year of 1998 was an incredibly difficult one for Korea. Due to the severe financial crises the nation went through, many citizens became destitute, bankrupt or out of jobs. So the slogan the concert set for that year was ‘I love you, dad’ in order to encourage and support everyone; especially the parents who had a hard time getting back on their feet for their family, during the financial crisis era.

In 2000, since H.O.T did not participate in the concert, the 45000 seats were filled with the fans of their rival band, ‘Sechs Kies’ who ironically announced their disbandment after three years of being together as a band.

The band’s last performance was held at the show, where many fans shed tears along with the band members.

From 2009, the revenue for the ‘Dream Concert’ was switched to Seoul’s World Cup Stadium located in Sangam-dong and the tickets also began to be sold; the funding raised from the event was to be donated to charities.

For a decade, the slogan for the concerts has been consistent from 2005 until this year as ‘We love Korea.’

But the slogan for the year 2014 was, ‘Cheer up, Korea’ – obviously for the reason that the year was extremely difficult for Korea – unexpected accidents, scandals and various mishaps put the country into depression.

Each year, K-pop fans come from all over the globe to watch their favorite artists perform live.

The Dream concert had its 21st anniversary this year on June the 7th 2015.

These concerts add a deeper meaning because of the fact that they are held for a charitable cause and the fact the event was held consecutively since 1995 makes them more significant. 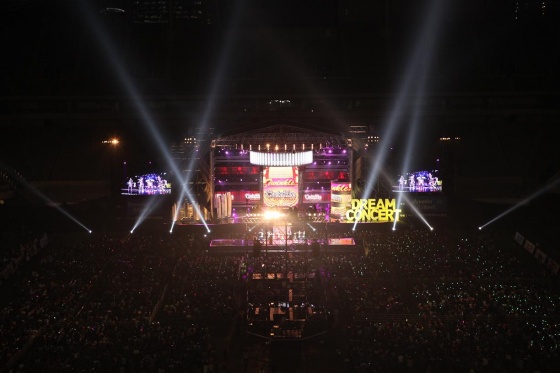 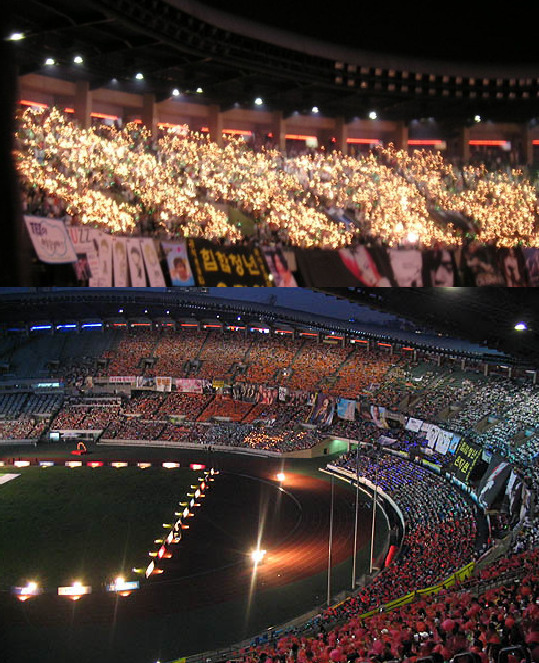