SHINee’s Minho Says Goodbye to Fans Prior to Enlistment

SHINee’s Minho Says Goodbye to Fans Prior to Enlistment 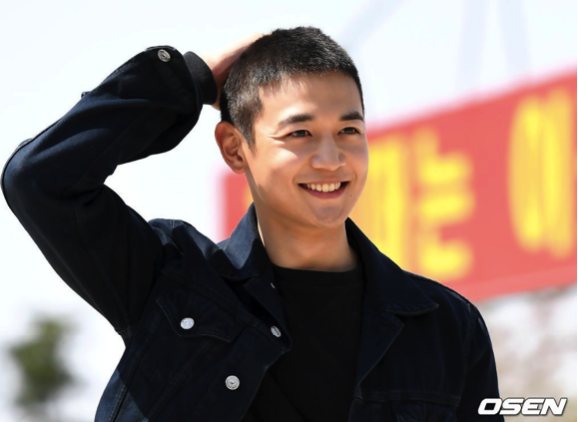 SHINee’s Minho enlisted into the Marines April 15, 2019. Prior to his enlistment at the Marine Corps training center in Pohang, North Gyeongsang Province, Minho shared a letter with SHAWOLs along with an image showing off his military haircut.

It seems like it’s been a while since I’ve written my feelings down. Everyone knows, right? I will be enlisting in the military on April 15. I’ll be momentarily separated from everyone for a short [time] if it’s short, and long [time] if it’s long while.

After debuting on May 25, 2008, time has passed by quite quickly, and I’m so happy and pleased to have spent it with everyone. These were moments I won’t be able to forget.

The many things I’ve been able to feel and all the things I’ve been able to grow into is thanks to your interest and support. When I took some time to look back, I honestly couldn’t imagine that I, who was lacking in many ways for a long time, would receive the strong support and love that is SHINee World. It was a warm consolation and huge relief for me, who only thought of running and working hard, and moving forward. Thank you once again.

The fact that there was someone beside me was a source of great happiness for me, and I think I’m going to miss SHINee World a lot, for helping me, who was always strongly looking ahead, look back and become soft and flexible, instead of always being so stiff. I’m sorry that I wasn’t able to approach you all more often and express myself more. I’m really sorry.^^ But you know that I’m grateful and I love you, right??? I’ll remember the support that everyone gave me and return safely.

I’ll work hard in the military so I can come back to give everyone positive and good energy without disappointing anyone. Thank you and thank you again. And I love you!!

You guys are always my hope~

SHAWOL wish Minho and his fellow members good health during their enlistments.