If you are visiting South Korea from July to August, these fabulous festivals will provide a lot of fun and entertainment that you can share with your family members and loved ones. Here’s the list of festivals you can attend. 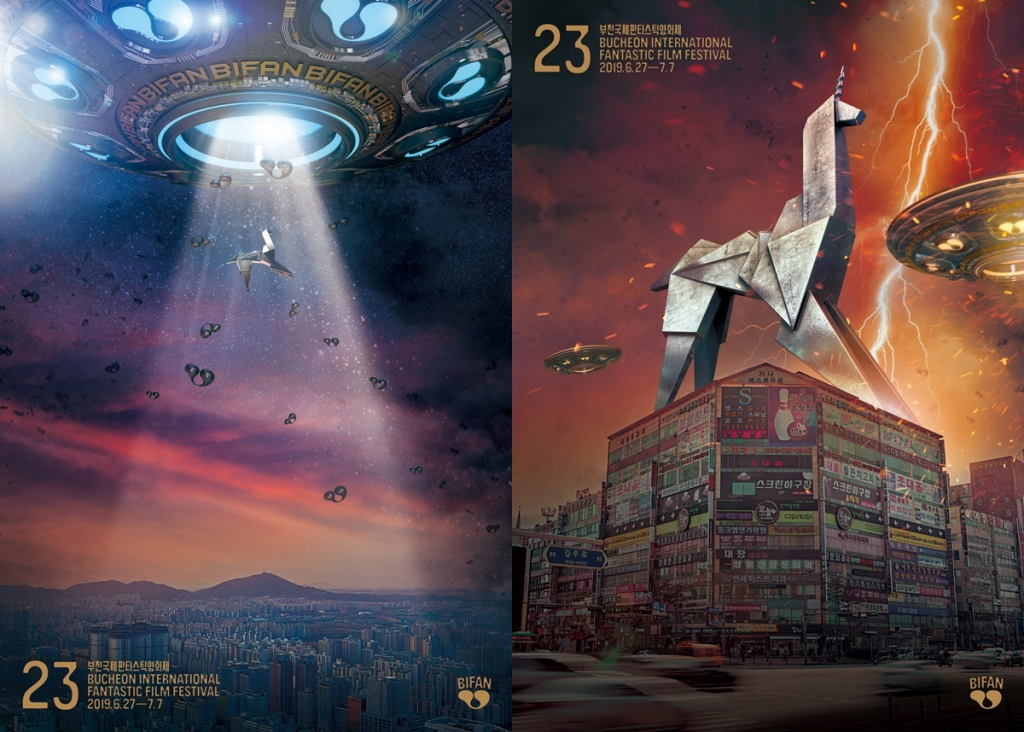 Bucheon International Film Festival screens independent movies from all around the world and offers a chance to engage in free-style conversations with the film directors. The festival showcases movies of numerous genres like horror, mystery, thriller, sci-fi and many more. 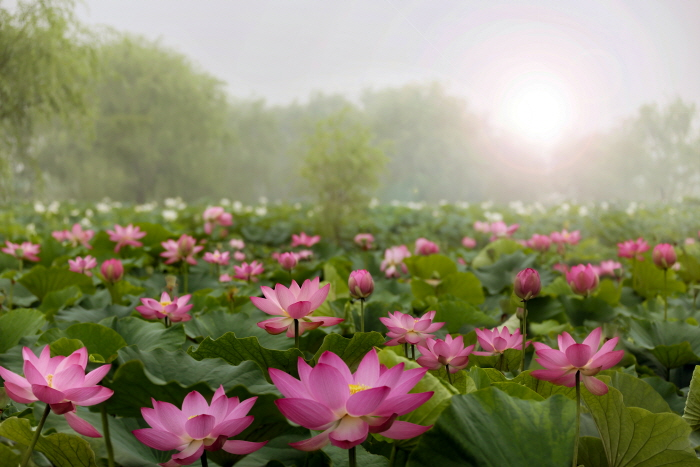 The Buyeo Seodong Lotus Festival is held at Gungnamji – the first man-made pond in the nation. Visitors can expect to see red and white lotuses as well as water lilies.

During the night, the pond is illuminated with LED lights and sculptures. The most popular event at the festival is the performance showcasing the love story between Prince Seodong and Princess Seonhwa. Other programs include trying foods made with lotus and taking part in a lotus leaf tea ceremony demonstration.

Boryeong Mud Festival is an annual festival in Boryeong, which is a town around 200 km south of Seoul, Korea.

The first Mud Festival was launched in 1998 and has since attracted millions of visitors. Boryeong mud is well-known for its excellent quality and efficacy, so it’s rolling around in it is safe, and does benefit your skin. This action-packed festival is popular among both locals and international visitors because it offers various programs such as the mud massage pack, colored-mud body painting and mud soap-making. 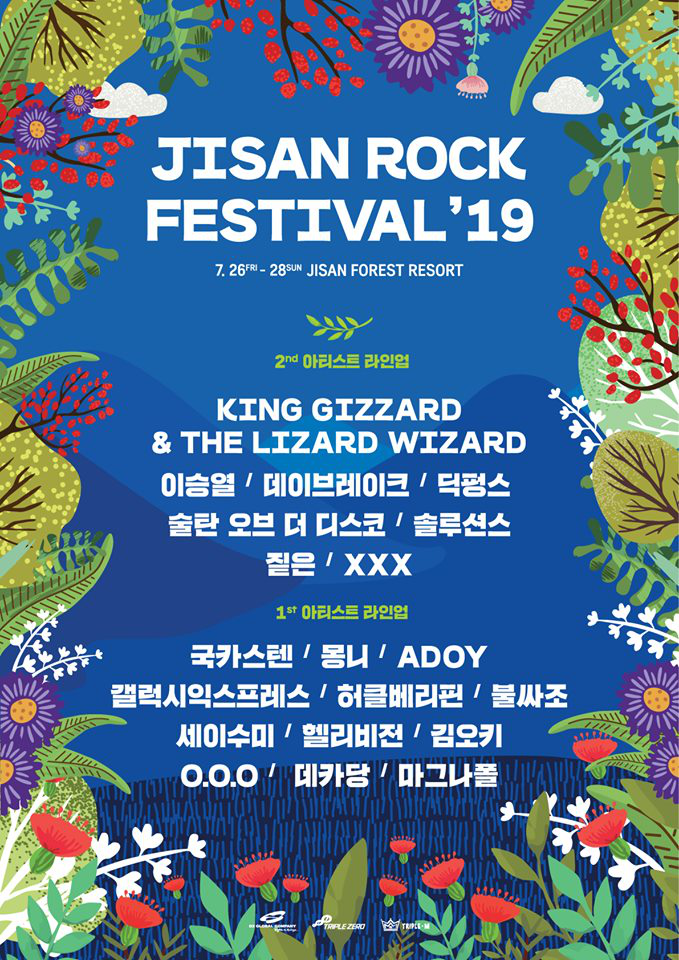 The music is to be enjoyed in the beautiful, natural surroundings by camping out at the Jisan Resort campground. 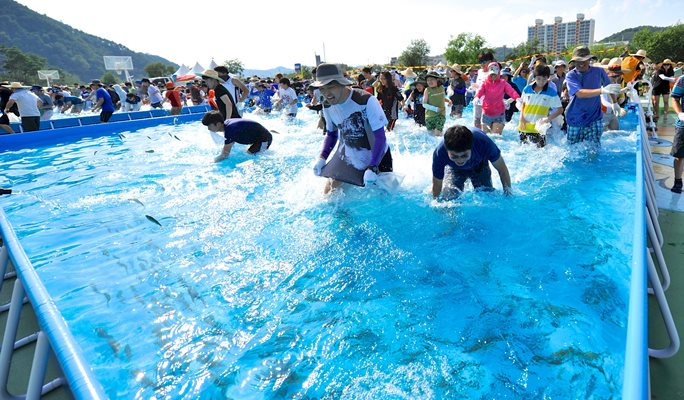 Bonghwa Eun-uh Festival is held at the pure waters of Naeseongcheon Stream in Bonghwa-gun. The main programs are catching sweet fish with a net or with bare hands, and various sweet fish-related exhibitions. 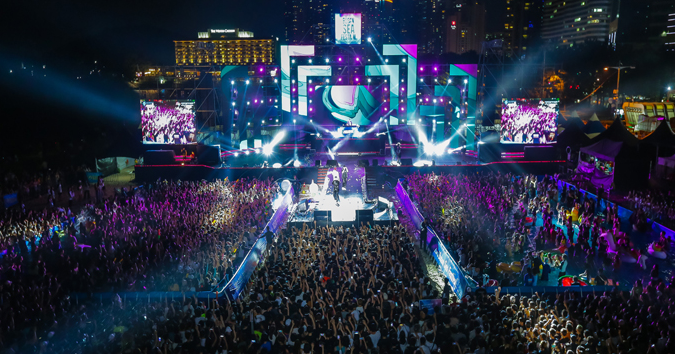 The Busan Sea Festival is a huge event that is packed with a rock music festival, a beach dance festival and a number of water sports. Concerts on the beach are a highlight of the festival, along with the night pool party, water carnival, and Gwangalli dance party. 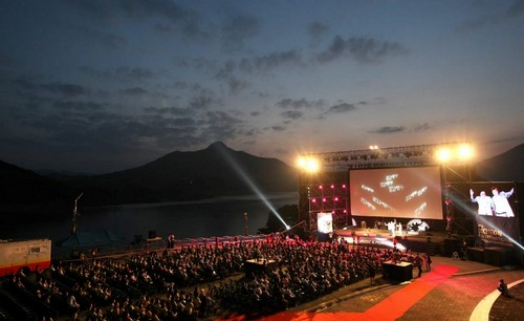 The Jecheon International Music & Film Festival showcases movies, documentaries, and animation that focus on the music used in the film industry.

Over 100 films are screened while musicians perform all throughout the city. 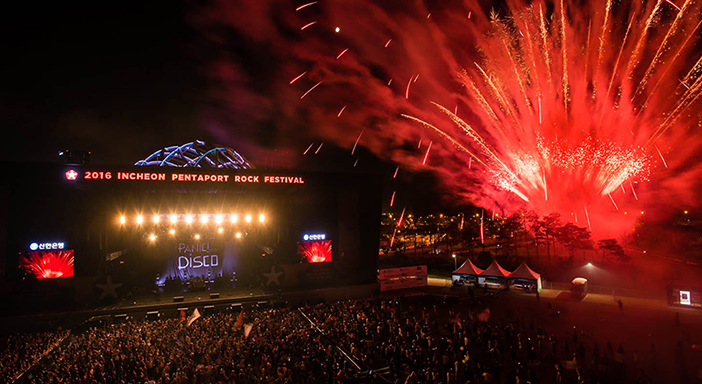 If you’re a rock fanatic, Incheon Pentaport Rock Festival is recommended for you. Rock artists from both Korea and overseas to come to perform at this annual festival, and perform at the large outdoor stage. Two Door Cinema Club, Sevdaliza, and YB are some of the bands are headlining the festival this year. 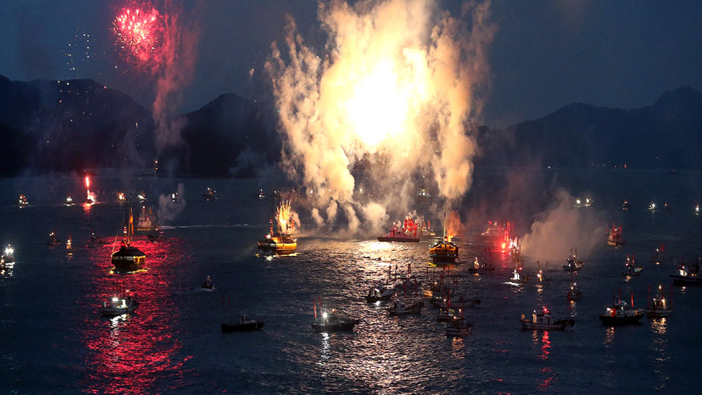 The festival features parades and recreation of the Great Battle, ocean sports and fun activities that you can participate in, such as making models of Geobukseon (iron-clad turtle ship built by Admiral Yi during the Imjin War) and arrows.