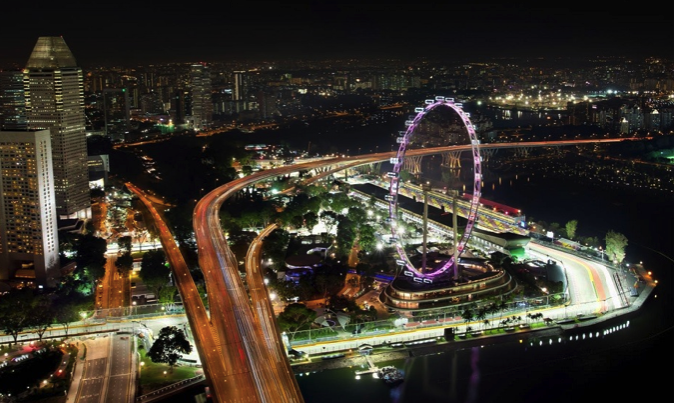 *Singapore is among the 20 of the smallest countries in the world, with a total land area of only 682.7 square kilometers. (The U.S is about 15,000 times bigger.)

*Singapore includes 63 additional islands, most of which are uninhabited.

*Sang Nila Utama, a prince from Palembang, saw a creature he thought was a lion and named the island “Singapura” which means “Lion City” in Sanskrit.

*Singapore’s Independence from Malaysia, in 1965 – was not through a war or military dispute – Malaysia democratically voted to throw Singapore out.

*Lee Kuan Yew was the first prime minister of Singapore who held the office for three decades. A deeply revered heartthrob of Singapore and an inspiration for the world, he turned Singapore into a first world country, in a single generation.

*The red of Singapore’s flag represents equality of man, while the white symbolizes purity and virtue. The crescent moon stands for a youthful nation on the rise, the five stars each signify democracy, peace, progress, justice and equality.

*Singapore’s national icon is the Merlion, which is of half fish and half lion. 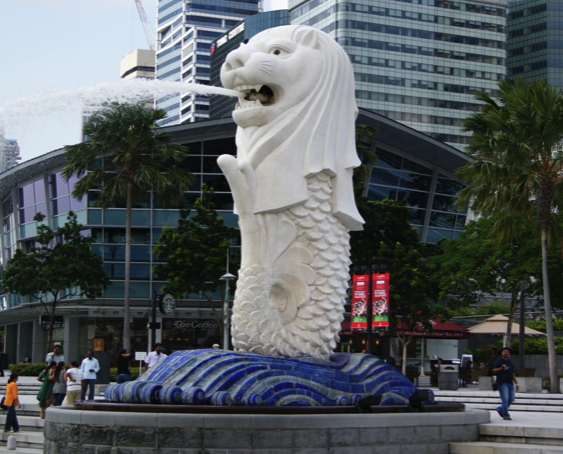 *In 1819, Singapore was founded as a British trading colony.

*Singapore does not have a capital. It is one of three existing city-states in the world.

*The national language of Singapore is Malay. The four official languages of the country are English, Chinese, Tamil, and Malay. Singlish, which is an internationally known blend of English and elements of Chinese and Malay, is widely used too.

*In Singapore, chewing gum is banned except without medical prescription. You can get into serious trouble if a policeman sees you chewing a gum.

*Caning is still a legal form of punishment in Singapore. If you vandalize any property in Singapore, you’ll probably end up being caned.

*Elevators in Singapore have a urine detector, so if it detects the smell of kidney filtered water, it locks the doors until the police arrive. Singapore has passed a law which prohibits urinating in the elevators. It’s a crime to not flush the public toilet after use in Singapore.

*Singapore has two days dedicated to its children. While 1st October is celebrated for children below 12 years, the Youth Day is celebrated on the first Sunday of every July, for teenagers.

*It is mandatory for Singaporean men to join the army for 1 to 2 years once they reach the age of 18.

*Singapore prints the entire lyrics of its national anthem on 1000 Singapore dollar notes.

*The largest fountain in the world exists in Singapore at the center of Suntec City. It cost around US$6 million to build in 1997.

*According to a research by the British Council, Singaporeans have the fastest walking speed – on average, they walk a distance of 18m per 10.55 seconds.

*The Singaporean government seriously discourages it citizens from owning cars to reduce air pollution. If you want to own a car you have to additionally pay 1.5 times the car price to get the vehicle certified.

*Singapore contributes to 25% of the world market as the biggest exporter of ornamental fish.

*Dealing with drugs in Singapore can mostly likely lead to a death sentence.

*Singapore’s citizens do not need a VISA to go to the United States, China, South Korea, or North Korea.