DALLAS, TEXAS, AUGUST 12, 2015 – The team at KCrush America Magazine are excited to announce an upcoming event that is being hosted to herald the 2016 Hallyu Festival & Conference. On November 7, 2015, people from around the country can join in the fun of heralding the upcoming festival when Lee Michelle takes the stage. 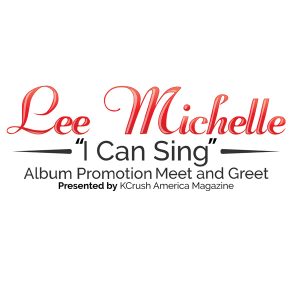 The beloved K-Pop Star contestant was the very first interviewee of KCrush America Magazine, and she has quickly become a globally-recognized, Korean-based artist and performer. Lee Michelle has become known as an inspirational artist who offers a positive message and a gracious attitude. She released her debut solo single “Without You” last year to high worldwide acclaim, and just this month, Michelle launched her first mini-album I Can Sing.

The renowned K-Pop star will be coming to Dallas in November 2015 to offer a meet and greet, album introduction, and more during the KCrush America Magazine event. This event is one of a series of mini-events that will occur before the 2016 Hallyu Festival & Conference, which is slated for July 15 – 17, 2016.

Tickets for the November 2015 event with Lee Michelle will go on sale the week of August 17, 2015. More information is available at http://www.krush.com.