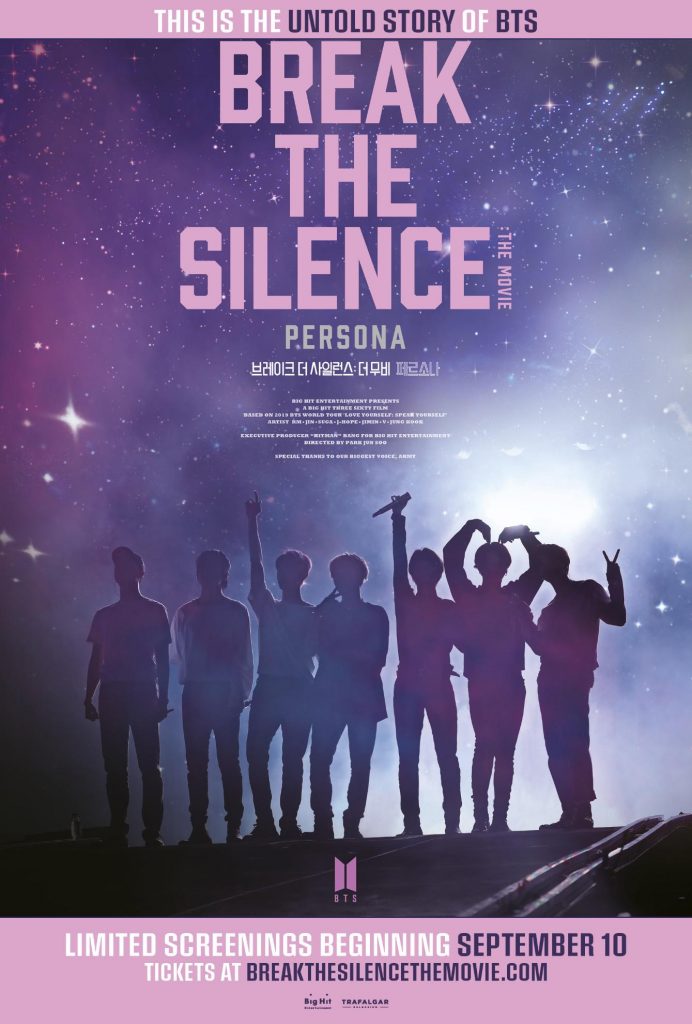 Big Hit Entertainment and Trafalgar Releasing announced today that tickets for BREAK THE SILENCE: THE MOVIE will become available in select territories starting today. The latest film finds the band at the end of the BTS WORLD TOUR ‘LOVE YOURSELF: SPEAK YOURSELF’, with the seven members beginning to candidly tell personal stories they have never voiced before.

To find a full list of dates, visit www.BTSincinemas.com. Event and ticket on-sale dates vary per territory and subject to change based on the status of local cinema re-openings.

Tickets are on sale from the official film website (www.BTSincinemas.com). Those who have signed up can receive updates regarding tickets, participating theaters and more information.

The movie’s official trailer has just been released via the Big Hit Entertainment social channels and can be found here: https://youtu.be/hz9_jkrrptU.