The Plight of an International Fan

K-Fans feel I-Fans don’t understand what it’s like to be K-Pop fans, because we don’t wait in line to purchase albums and merchandise, don’t wait for hours to catch a glimpse of their idols, or stand in long queues for music shows. They also say we don’t understand what it’s like to invest time and money into a group in order to make them who they are.

As an international fan, I can attest that many of us do all these things even though we’re far from Korea. When B.A.P came to Chicago, the line to get into Star Plaza was out the door and spilled into the parking lot. A large number of Babyz arrived super-early in hopes of getting the golden ticket that was the High-Five pass. And, on rare occasions when the music shows scan the crowds, the faces of international fans can be seen. So, at times, we do spend time and money to head to Korea to see our favs.

We international fans are just as dedicated as K-Fans.

But, being an international fan comes with hardships K-Fans don’t have, because they’re the home crowd. Few realize what we go through to support artists in the name of a fandom. The struggle is real.

“It’s 5am, but VIXX won again! Now I have to sleep an hour before I get ready for school.”/ via Microsoft Office

Watching music shows is pretty much a way of life. For countries in Asia, these shows are on during reasonable hours. For those of us in other countries, especially those of us on the other side of the International Date Line (PST still have reasonable hours), these shows are either very late at night or very early in the morning. We’re talking 2am, 4am, 6am… A lot of us sacrifice sleep or morning routines, because we want to see our biases. Then, if we have to wake up early for work or school, we have to suck it up, guzzle coffee, and accept our zombie statuses.

Some of the channels block feeds for the U.S. audience, so we can’t rely on official means to watch our shows from time-to-time. That means we have to rely on the kindness of K-Fan friends to help with show livestreams. 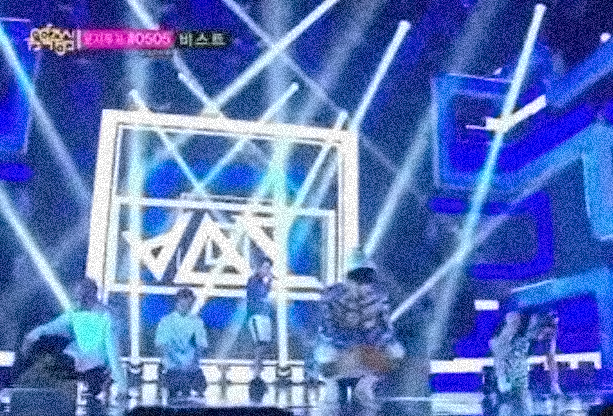 B2st performs “Good Luck” on the July 12, 2014 edition of Music Core. Note the grainy image. It was a bad stream night./via MBC YouTube

There is one person out there who has amazing high-quality streams, and those of us who converge on that stream thank him immensely. But, there are times when that one person is MIA and we’re left with low-quality streams that are pixelated messes with hiccupy sound, then you have conversations like this with K-Pop buddies:

“Is f(x) performing or did B2st borrow their voices?”

“No, I think that’s Henry using K.Will as a body double.”

But, we put up with bad quality sometimes, because we just want to see our biases.

While many of us are trying to learn Korean, some of us just aren’t gifted in the language-learning department. For example, when I tutored English Language learning, I was trying to learn Chinese to communicate with my students better. The student teaching me said I could “single-handedly destroy the Chinese language.” Ouch. 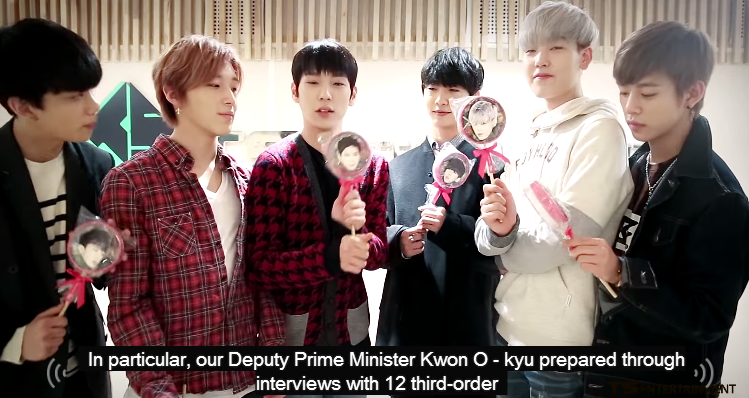 I’m pretty sure this isn’t what Himchan said, Google Translate. If it is, White Day just got really weird. / via YouTube, TS Entertainment

While K-fans can watch shows right away, sometimes I-Fans have to wait a week or more for translations from dedicated translators. Or, we may end up being a week late on a drama so we end up playing the spoiler-avoidance game.

And don’t get me started on some of Google’s YouTube translations.

I-Fans are just as excited about purchasing a new album or merchandise as K-Fans, and some K-Netz feel we just download everything illegally (this came up during arguments over the Baekhyun-Taeyeon “controversy”). We try to find retailers that count toward the music charts. But, I-Fans—depending on country—have to wait a month plus (unless we spend more for rush-shipping) for items to arrive. Sure, we can purchase music from iTunes, but some albums aren’t available. Plus, K-albums have awesome packaging. You can’t download that!

Customs Can Be a Pain

Part of the waiting is due to customs causing issues. Over the past few years, as I found out from one of the stores I frequent, customs in Korea, Hong Kong, and China have gotten strict with what is shipped to the United States. There may be an additional month tacked on to the already long wait for merchandise.

Downside: Longer wait. Upside: I have the complete “No Mercy” photocard set.

The Postal Service has it In for You

For a while, I had a lucky streak on Arirang’s radio shows winning books and CDs. After winning, the waiting game commences, but I waited a long time… and still waiting.

Sometimes, the postal service loses packages. Since they’re prizes, there’s no tracking number; there’s no way to tell where a package got lost. Is it in the country? Was it shipped to Antarctica? I swear penguins have my goods. Three years later, I’m still waiting for an SNSD album; one year later, I’m still waiting for signed Veloce and TEENTOP albums. The latter I spammed the Super K-Pop forum since my niece loves them, and I wanted to win for her. Perhaps I should be glad I didn’t hold my breath?

More often than not, packages do arrive, but when they do, panic attacks may occur. Apparently, there are package handlers who care not for your international mail: 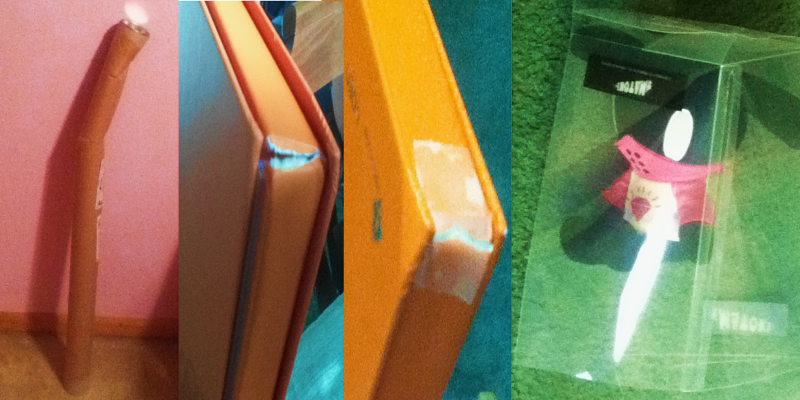 Left: Two very bent B.A.P “Unplugged” posters. Center: B.A.P “Crash” album with ripped corners. At least someone at the postal service taped it after it apparently crashed? Right: Tatsmato had a rough journey in a very smashed box.

Left: Two very bent B.A.P “Unplugged” posters. Center: B.A.P “Crash” album with ripped corners. At least someone at the postal service taped it after it apparently crashed? Right: Tatsmato had a rough journey in a very smashed box.

The horror! Considering that product and shipping prices are a bit higher for imports, it’s disheartening to receive smashed boxes and taped goods. Perhaps it’s outlandish to expect perfection, but when money is spent on goods, this shouldn’t be what arrives.

Liking K-Pop can sometimes breed disdain among friends and family. There are times we international fans endure ridicule for enjoying the genre. Some of us sometimes take to hiding our love while others don’t seem to care. So in a way, K-Pop is like a forbidden or secret lover, because of how some people don’t accept the relationship. It’s part of being an international fan.